Controversial blogger, Cutie Juls is under heavy heat for misquoting Tunde Ednut‘s subtly shade at those having difficulties reaching their children as a result of the sour relationship with their partner. 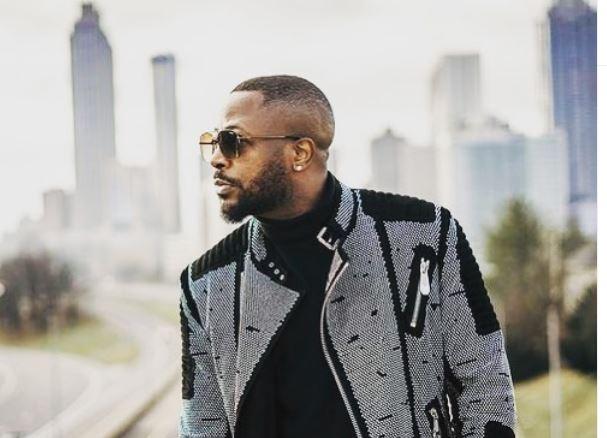 This is coming amidst the breakup rumour between celebrity chef, Chioma Rowland and her fiancee, Davido who has been in the US for weeks now. 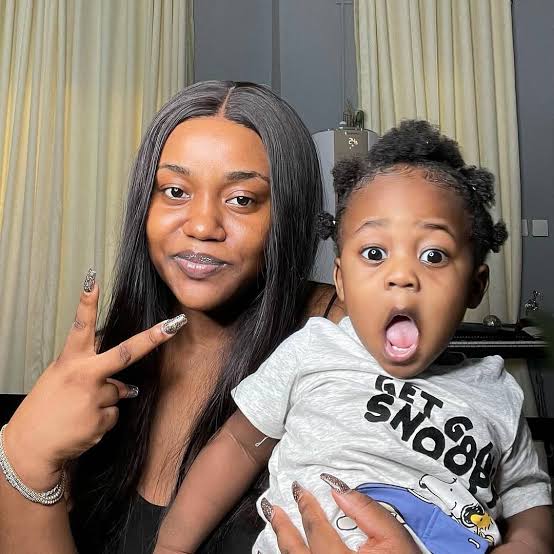 Also is the case of the ex-aviation minister, Femi Fani-Kayode and his wife who claims to be allegedly framed by his wife with a video of himself threatening his staff with a hammer.

In reactions to Tunde Ednut’s post, Cutie Juls attributed the post to that of Davido and his fiancee, while some of her followers disagreed that it’s more of FFK and his wife. 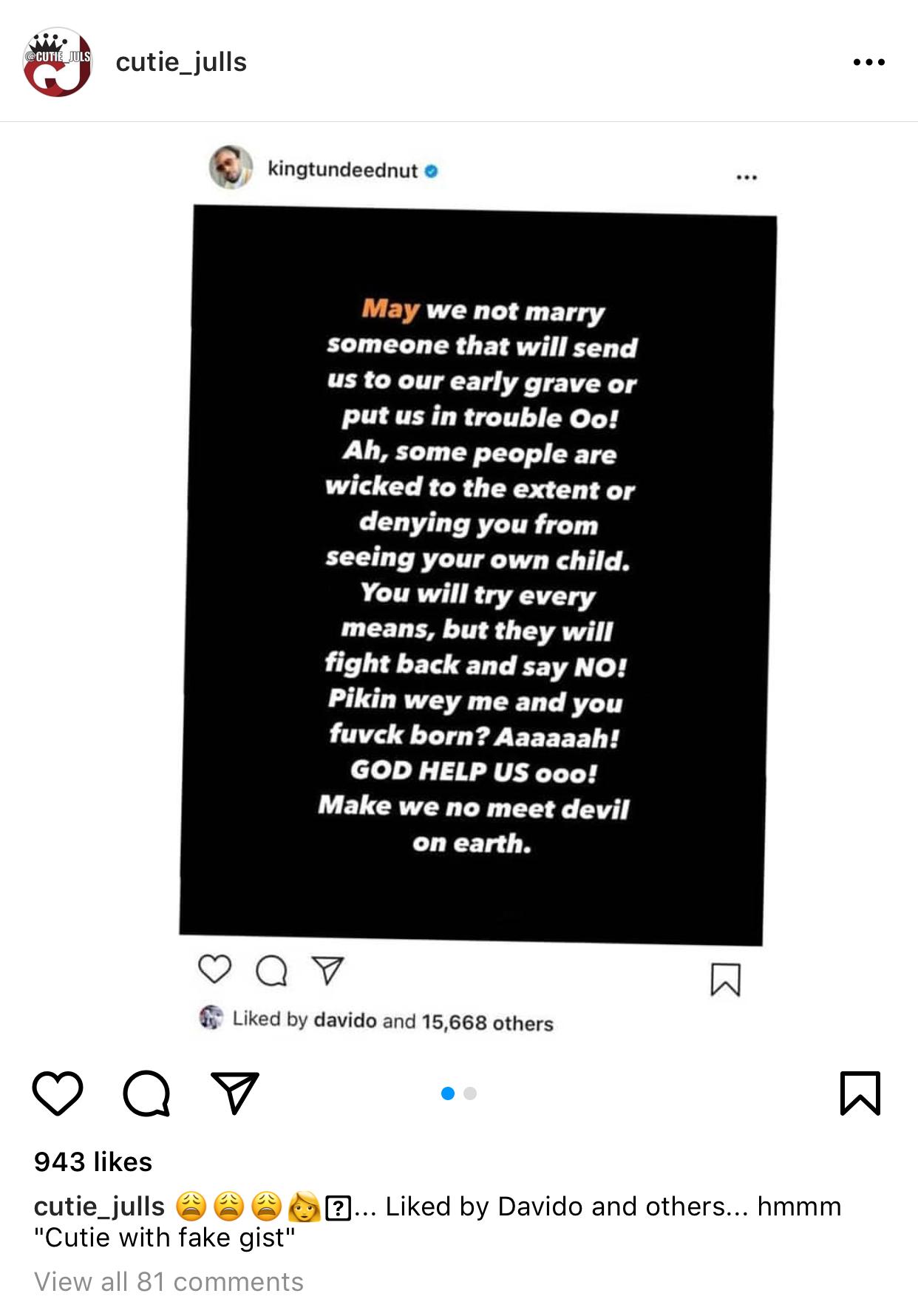 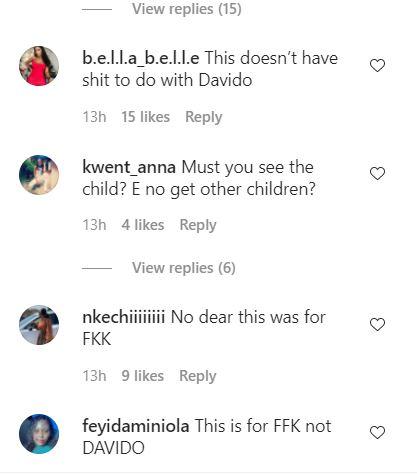 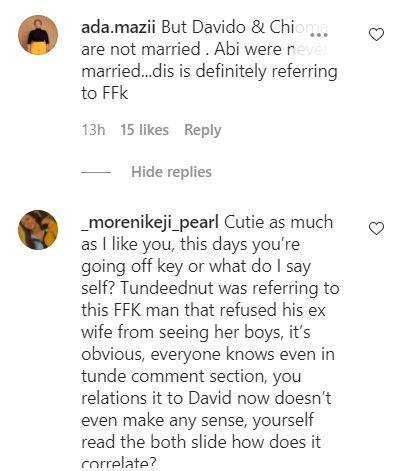