A popular blogger has made shocking claims on how Chioma Rowland broke up with her fiancee, Davido, and moved out of his house since last year. 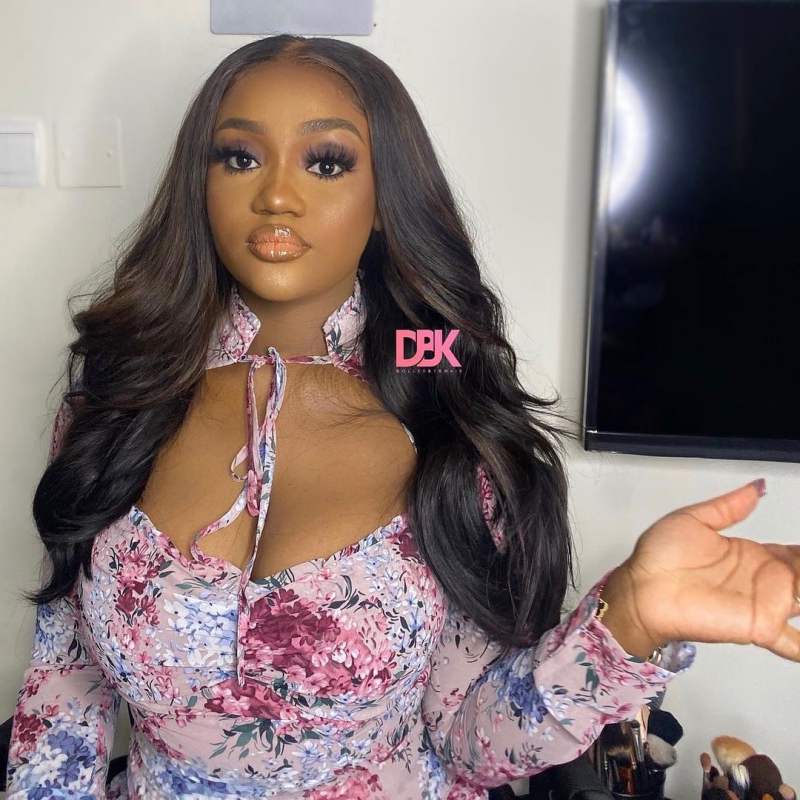 This is coming following the cheating saga that trailed O.B.O after being spotted entangling with an American lady.

According to an insider who opened up to famous blogger, Stella Dimoko Korkus, SDK, Chioma walked out of the relationship in October 2020, contrary to social media belief that Davido dumped the mother of one.

Read as written by SDK;

The Controversy trailing popular crooner, #Davido and his estranged baby mama, Chioma might not end anytime soon, so we might as well get some whispered facts correct. 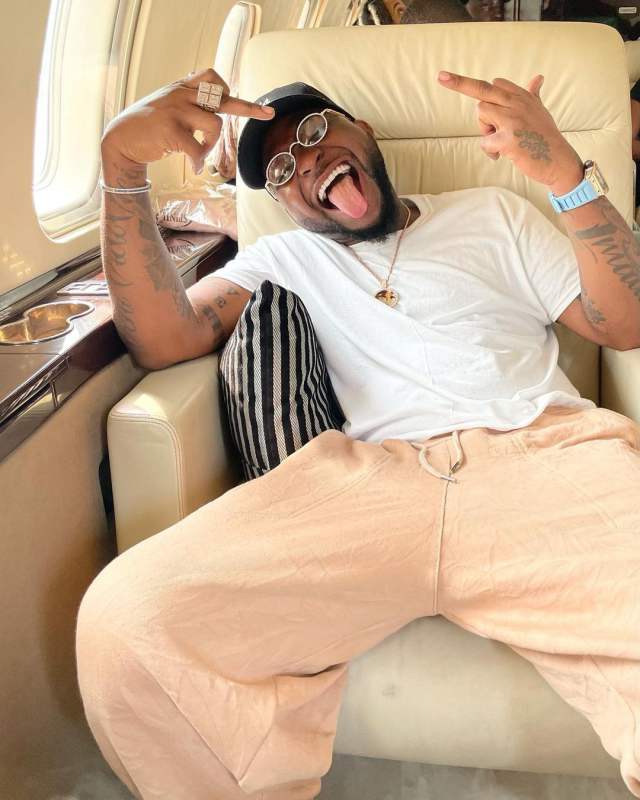 According to the Insider, Chioma was the one who walked out of the relationship and not the other way round like is being pedaled on the social media.

According to the insider : She is a strong woman.

All these news and the attacks on the social media might hurt her but she will be fine, she walked out of the relationship when it went South because of some certain things, people should cut her some slacks’ and stop attacking and trying to shame her on the social media.

Th Insider say “Chioma moved out since October 2020, so how does that amount to being dumped? People should let her be so she can rebuild peacefully”

The Insider also alleged that the crooner is upset for being dumped and that is why he’s doing things openly to hurt her back. 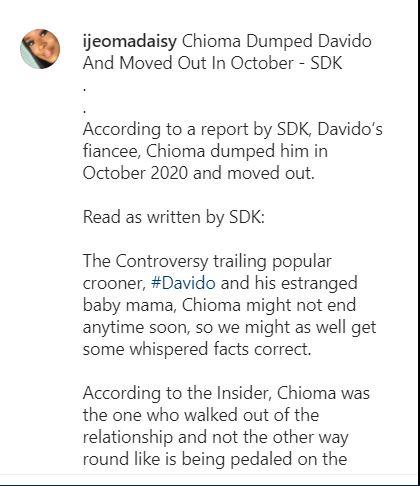