Home Entertainment News ‘You are dressed like the receptionist of hell fire’ – Lady blasts...

Dino Melaye has been trolled on Twitter after he posted a photo on the platform. Dino who is well known to spark controversy posted a photo with the caption that reads;

“God rules in the affairs of men.” 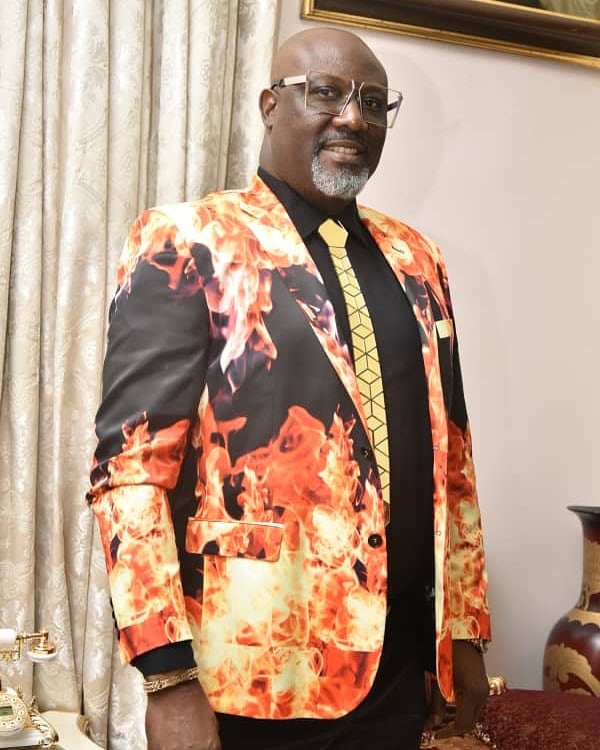 However, an internet troll took to the comment section to criticize his fashion sense. The troll who was irritated by the jacket’s design Dino Melaye was wearing, wrote;

“So why are you dressed like the receptionist of hell fire.” 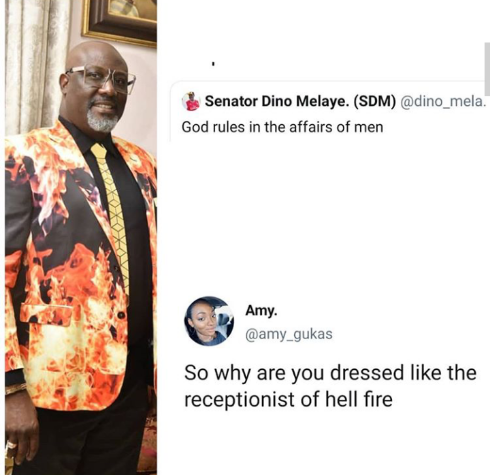 Meanwhile, Dino Melaye, has said he was born an actor and a politician. Melaye made the claim in an interview with journalists in Abuja during the premiere of a movie titled, ‘Lemonade, written by Joy Idoko and produced by 100% Joy Media Productions, where he featured prominently.

He said, “I am born both as an actor and a politician. The entertainment industry is a very strong sector of our national life that should be encouraged. It is richer than oil because oil is exhaustible but these ideas rule the world as I speak to you. I believe that entertainment industry is one of the strongest weapons that we can be used to ameliorate our problems in this country.”