Home Sport Where next for Lionel Messi as he leaves Barcelona? See the possible...

Lionel Messi’s stay at Barcelona appears to be over after the Spanish giants announced LaLiga regulations made it impossible for him to sign a new deal. 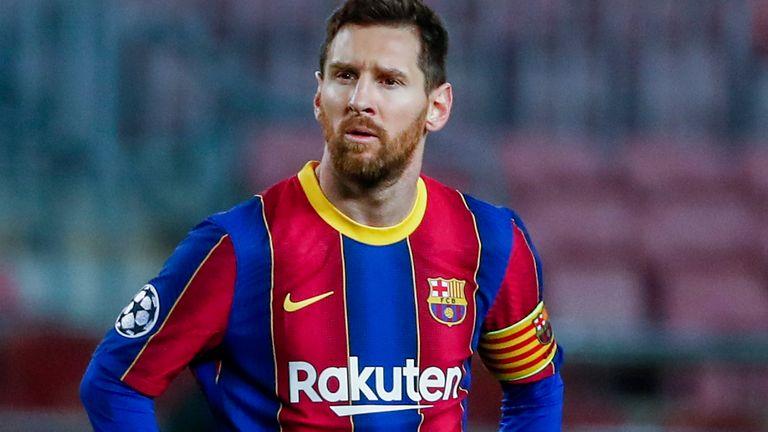 Here, We takes a look at where the Argentina playmaker could end up next because Messi’s availability throws the summer transfer market open.

Messi already has a strong bond with City boss Pep Guardiola from their time together at the Nou Camp which influences Four of Messi’s six Ballon d’Or wins. Both men worked together for four years. While City would appear to be able to more than match Messi’s personal terms, they have already snapped up Jack Grealish from Aston Villa this summer and are said to have their sights on England captain Harry Kane.

The French giants are another club unlikely to hesitate at a hefty wage packet to land such a signing, one which would boost marketing revenues around the globe. Linking up again with former Barcelona team-mate Neymar would be another lure, as it would also helps develop the talents of France forward Kylian Mbappe.

Chelsea also have an outside chance of landing the Argentine captain as they are one of the only three clubs Lionel Messi is actually following on Instagram. Thomas Tuchel is looking to strengthen his attack ahead of his first full season at Stamford Bridge. The Blues have been linked with Borussia Dortmund’s Erling Haaland and Inter Milan striker, Romelu Lukaku.

Messi turned 34 in June, an age when some high profile players might eye up a move Stateside to follow the likes of David Beckham and Zlatan Ibrahimovic into Major League Soccer. Messi would unquestionably be the biggest name ever to set foot in the MLS if he was to make such a move. Anyways, this deal looks impossible but anything can happen at this moment.