Music boss, Ubi Franklin is currently entertaining a whole lot of jabs on social media as regards the clash that occurred between his baby mama, Sandra Iheuwa and his alleged girlfriend, Renee, which he was later dragged into. 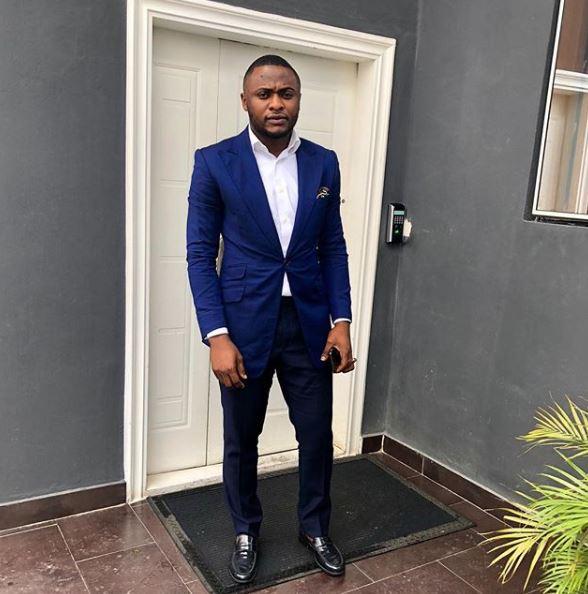 The Triple MG boss got lambasted by his baby mama, Sandra who rained some hurtful words on him and subsequently called him out on social media.

In addition to the ongoing saga, a follower who seems to be against Ubi’s activities and lifestyle lashed him in his DM and ordered him to commit suicide immediately. The follower also described him as a philanderer and further made a mockery of his career.

See the chats below: 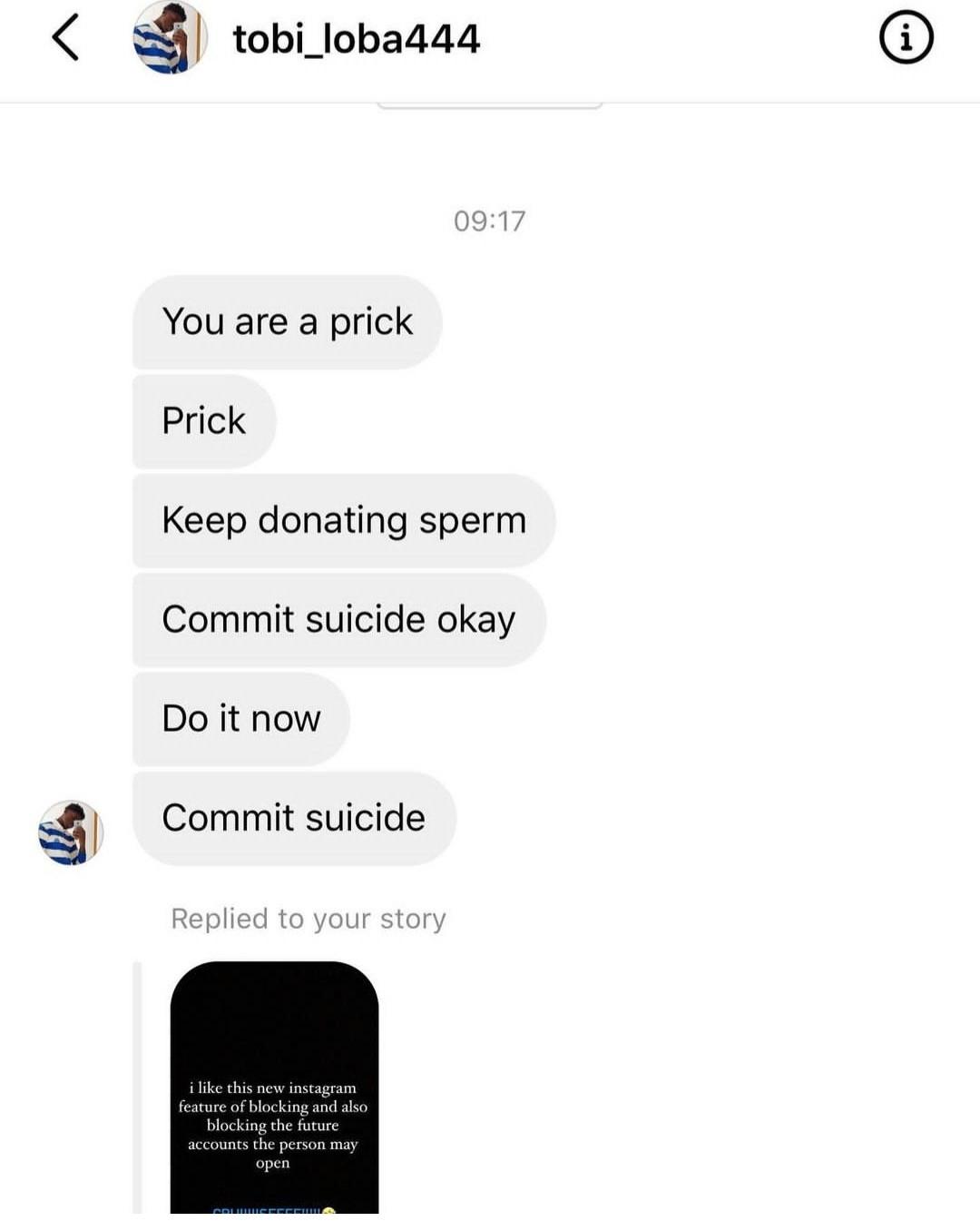 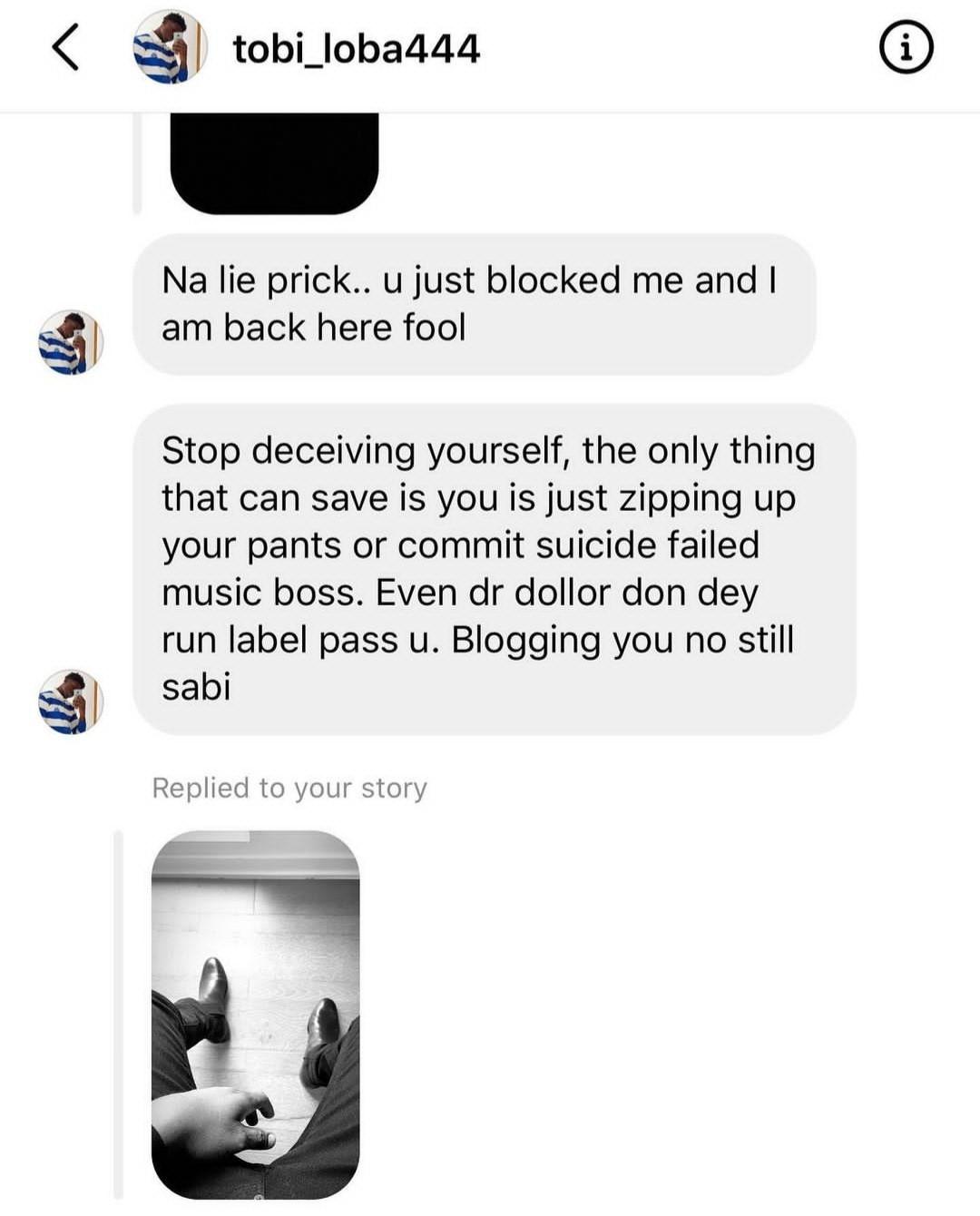 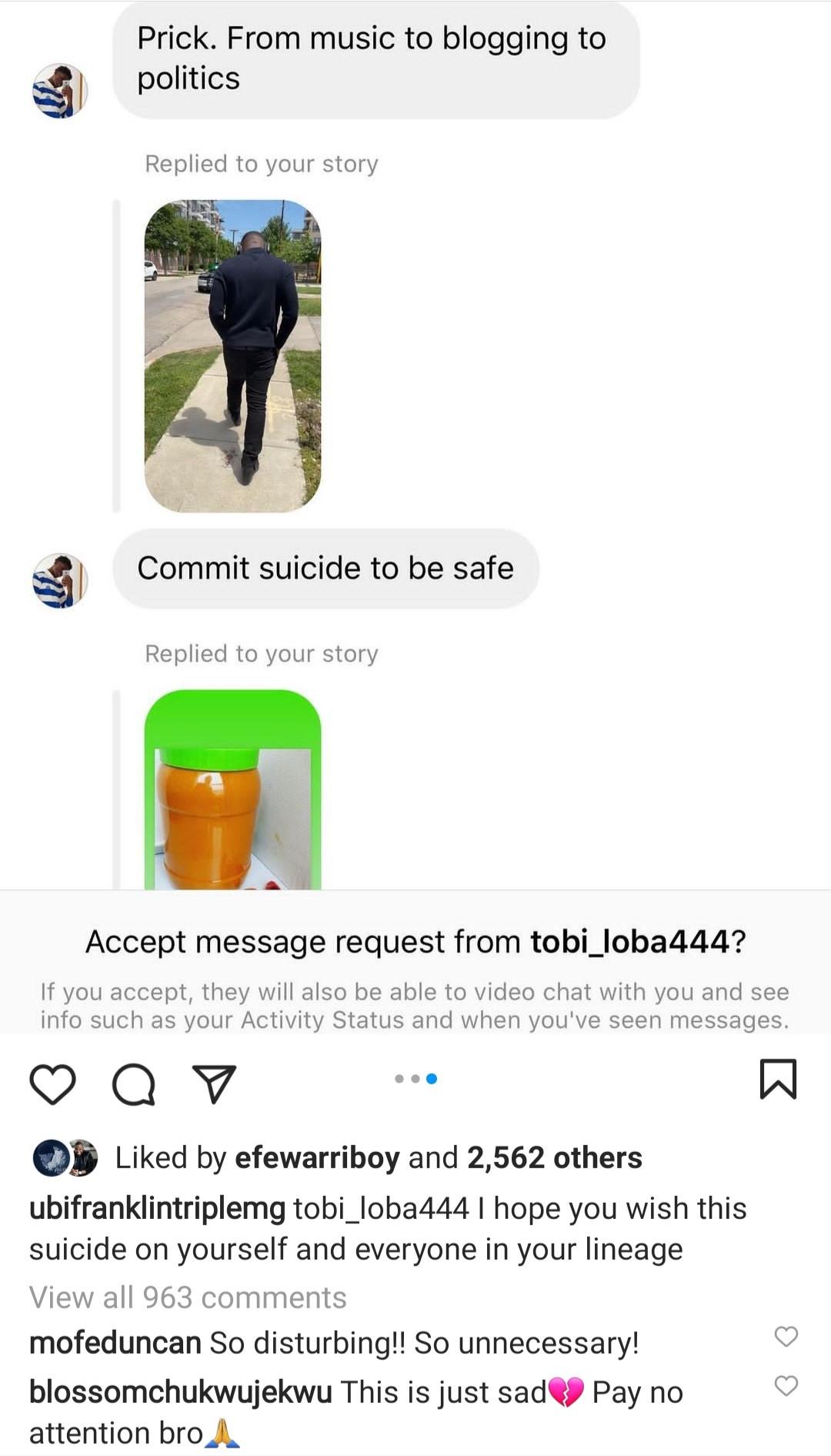