Home Viral News “Those reporting news of robbery attack on my Church are playing with...

The General Overseer of Dunamis International Church, Paul Enenche has debunked viral rumors of a robbery attack on his church, lately. 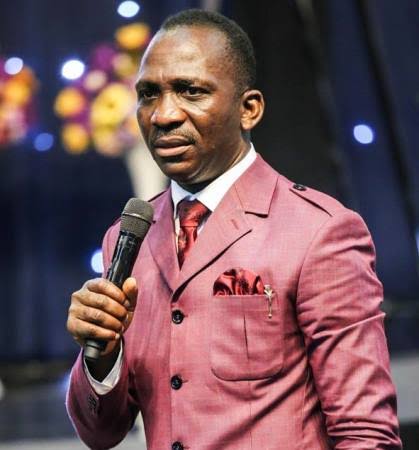 It was reported by some online news platforms on Tuesday, that unknown gunmen invaded a Dunamis church in Bwari Area Council of the FCT and attacked several worshippers.

A security guard was also said to have engaged the suspected armed robbers, and sustained injuries.

But Pastor Paul Enenche, who reacted during a sermon in the church, has lambasted those reporting the news, saying it was a demonic agenda by enemies of the church to tarnish the image of the ministry.

The clergyman has debunked the story and says those people are playing with hellfire, while describing it as untrue.

“There was demonic news that someone drew my attention to saying that a devil’s church, not this church was invaded and worshippers were attacked by armed men.

We live in a world that is striving on lies especially on social media. I don’t know if 80 to 90 percent of the news there is true. We also live in a world where people anticipate evil for others. From a rooted heart of bitterness, all manner of anything, the wickedness of heart, continuously expecting evil new.

And then they push what is unreal, untrue, we are worshipping here right now. Nothing happened.

For everybody who tells a story that is not true, whether you are telling it online or in hardcopy paper, channel or whatever, I refer you to Revelation 21:8 “But the fearful, and unbelieving, and the abominable, and murderers, and whoremongers, and sorcerers, and idolaters, and all liars, shall have their part in the lake which burneth with fire and brimstone: which is the second death”.

There is no truth in what they said. In a particular location, a petty thieve tried to enter the church to steal something in the night but was resisted, an alarm was raised and he ran off the fence.

Then one demonic agent pick a hint of such unsuccessful misadventure of petty criminals and said armed men attack worshippers. That devil is a bast*rd. Nothing like that has happened and it will never happen in Jesus’ name”