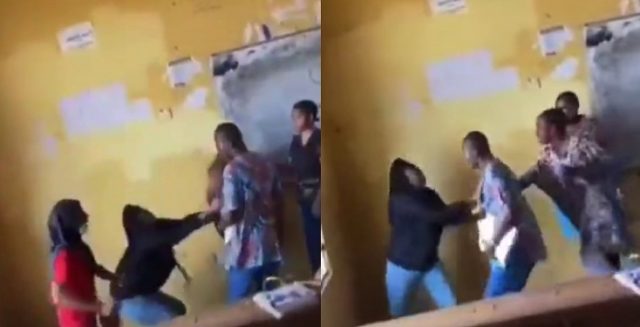 A viral video has shown moment a student fought her lecturer and subsequently tour his shirt for preventing her from writing an exam. 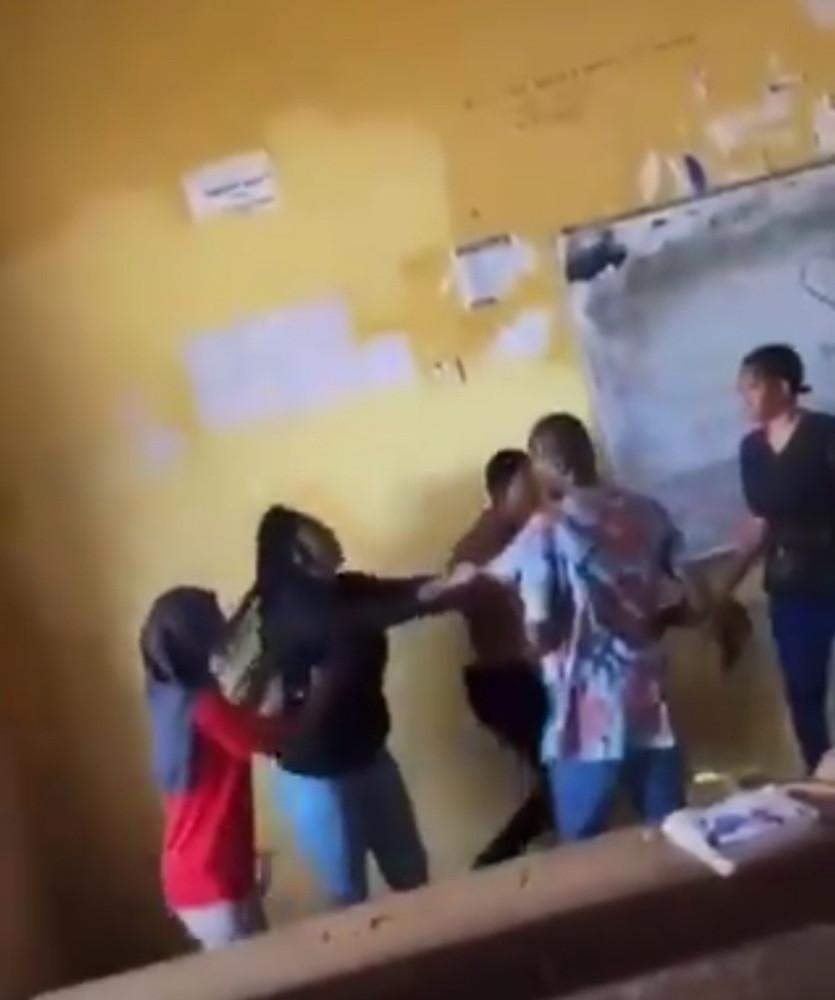 The lecturer had given the student a malpractice form to fill after he allegedly caught her with incriminating materials during the exam, which implies she would have to retake the exam or face the school’s exam malpractice panel.

However, this angered the student who waited patiently until exams were over, quickly moved in to attack the man who was seen carrying a heap of answer scripts.

Video shared online captured her fighting her lecturer despite efforts by her course mates to separate her from the helpless man who couldn’t fight back.