Senator Dino Melaye has debunked claims that he promised to give the disqualified housemate, Tacha N30million as support and compensation for leaving the house empty handed.

Recall that, a screenshot of Senator Dino Melaye, promising to give Tacha N30million, because his wife cried after she was disqualified, earlier went viral.

The tweet read;
“My wife cried last night when Tacha was disqualified. To make her better, I will be donating N30million to support @Symply Tacha.
Everyone deserves love in their weakest moments. Keep the energy going. #Everything Tacha”. 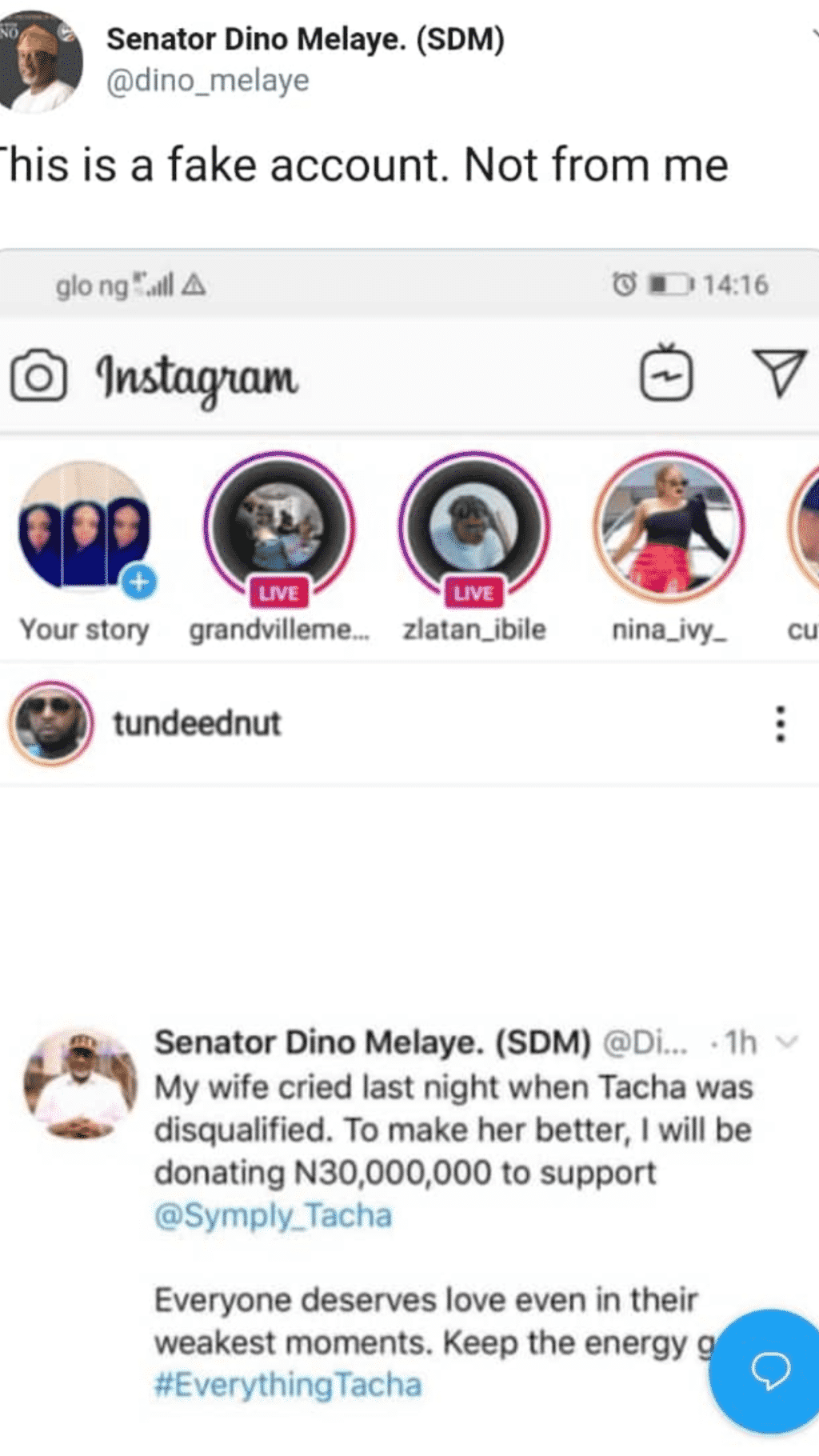 Local rice now selling for over N21,000 per bag in Lagos markets.