Former senator, Dino Melaye has told his lawmaker colleagues to imitate the biblical Zacchaeus and return all stolen money to the poor. 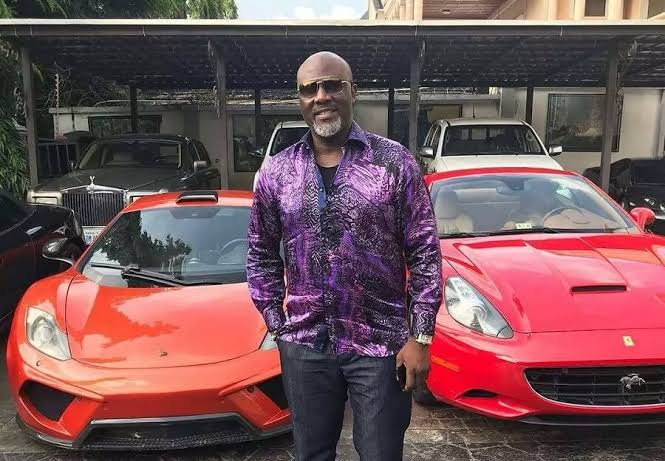 The politician referenced Zacchaeus’ act of repentance which saw him return all the monies forcefully and illegally collected from poor people.

Taking to his official page on the micro-blogging platform, Twitter, Dino Melaye included himself as part of the lawmakers that should change their corrupt ways, while imploring them to return those funds. 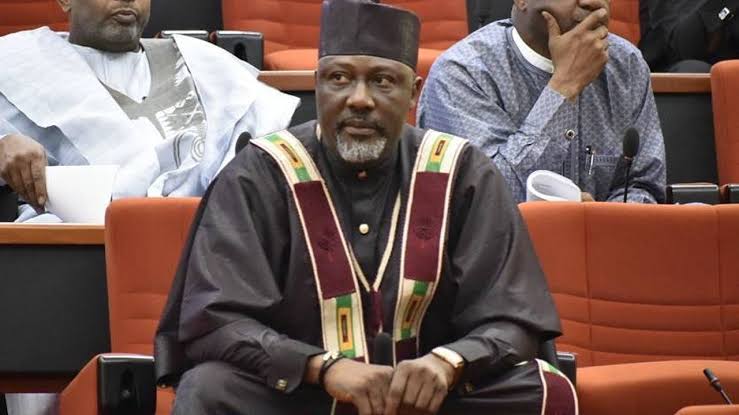 “All politicians should also know that the bible recorded Zacchaeus retuned to the poor what he had stolen from them. Let’s emulate him. SDM.” 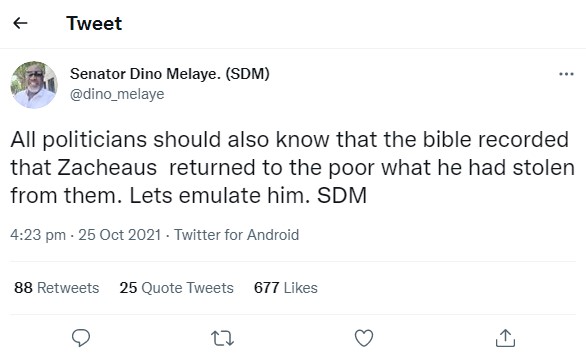