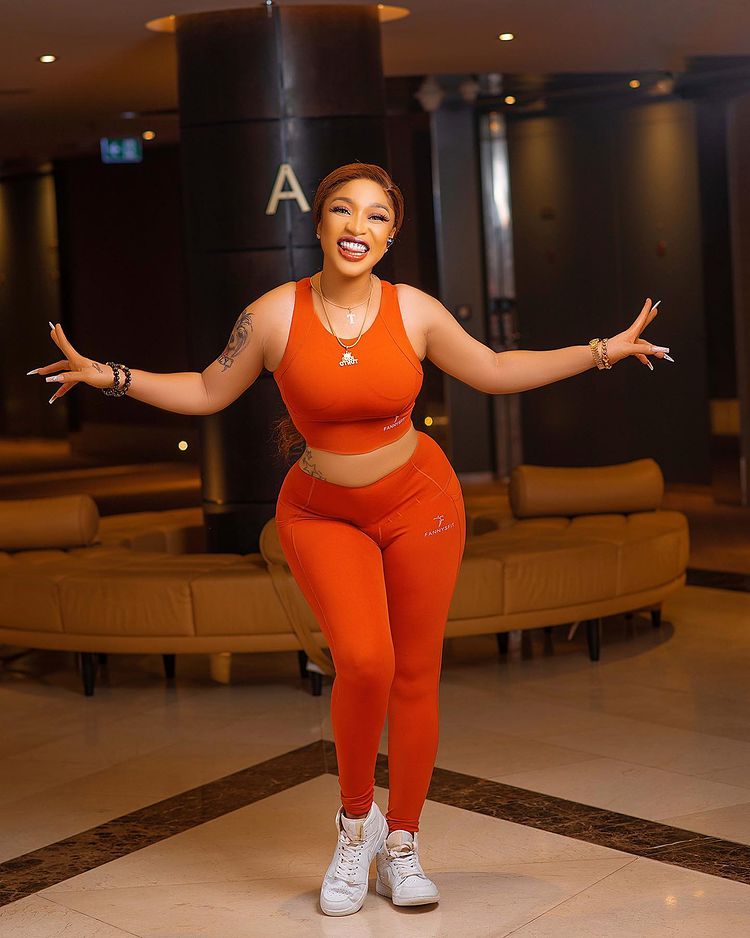 It would be recalled that Tonto Dikeh drew the attention of the dancer to claims of her ex-lover, Prince Kpokpogri having their bedroom tapes on his phone.

This however escalated into chains of reactions, one of which includes the leak of the so-called bedroom tape that puts Janemena’s marriage at stake. 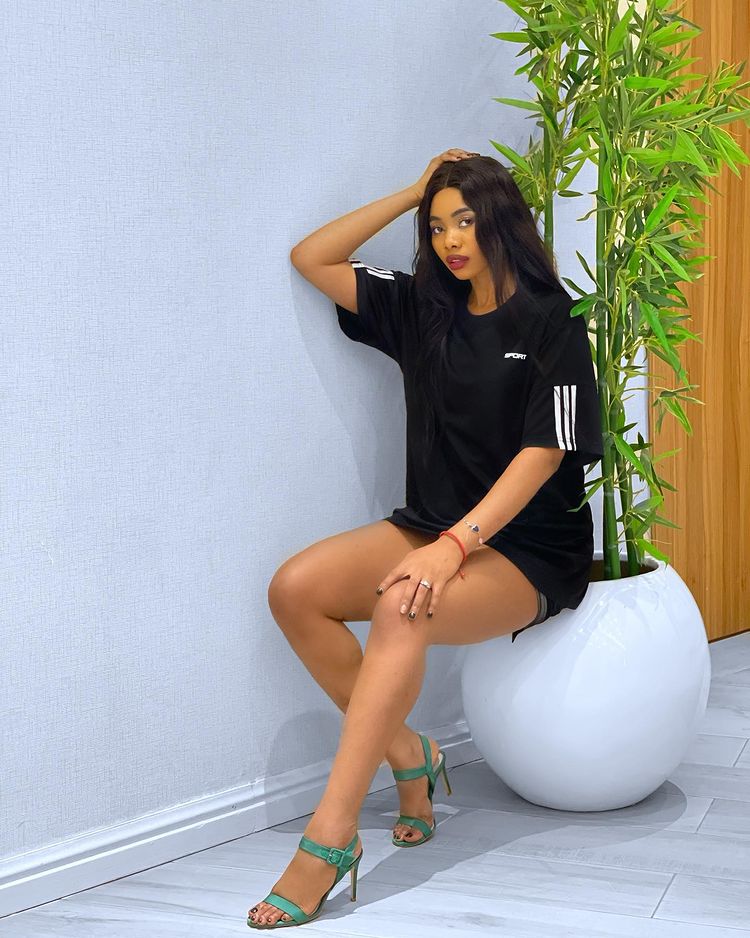 According to the Twitter user, Tonto Dikeh may not find peace for bringing such misfortune on Janemena’s marriage.

“That thing Tonto did to Jane is why the tonto herself hasn’t found peace. She’s not a good person at all …,” the user wrote.

See the reactions that followed below … 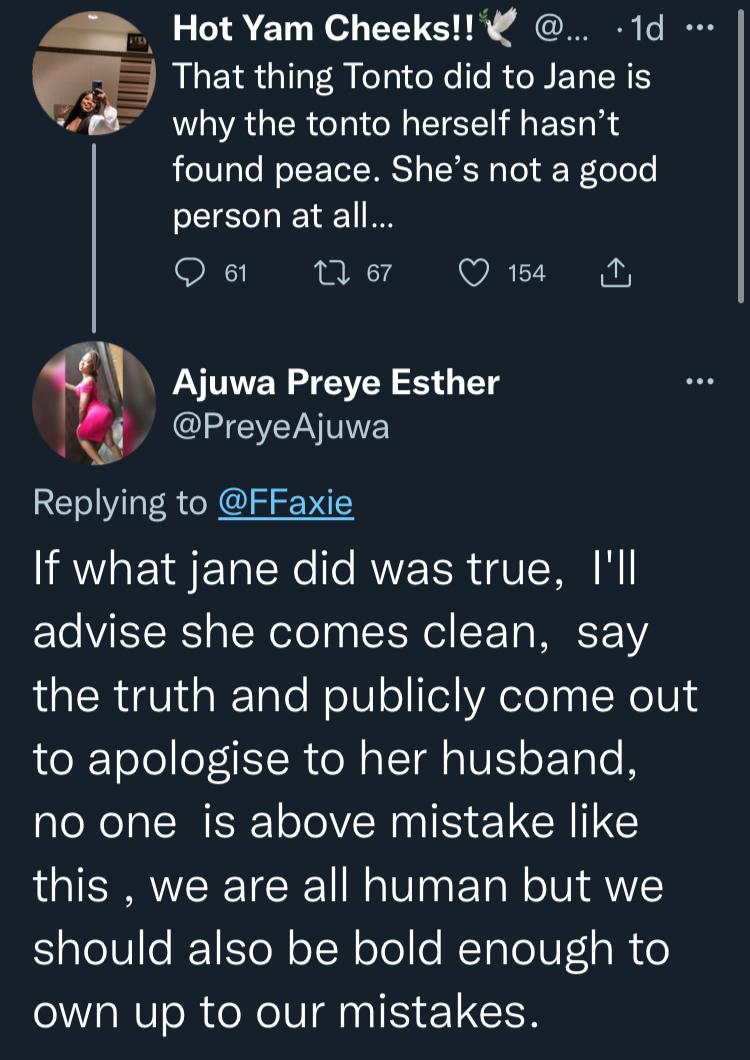 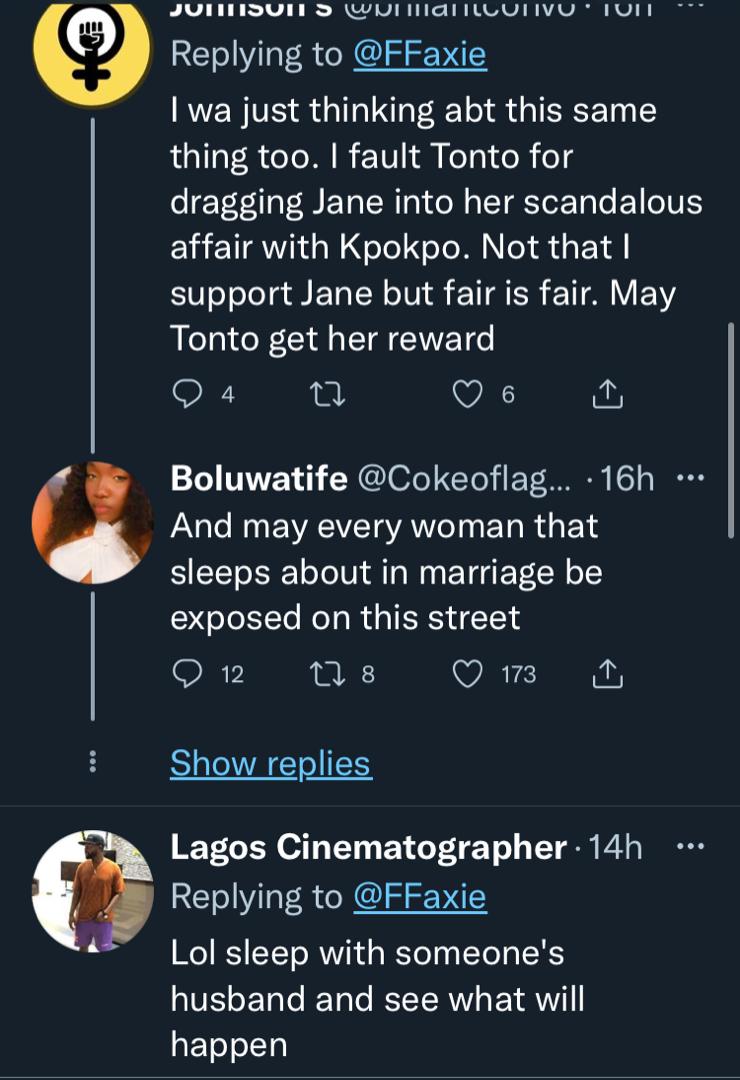 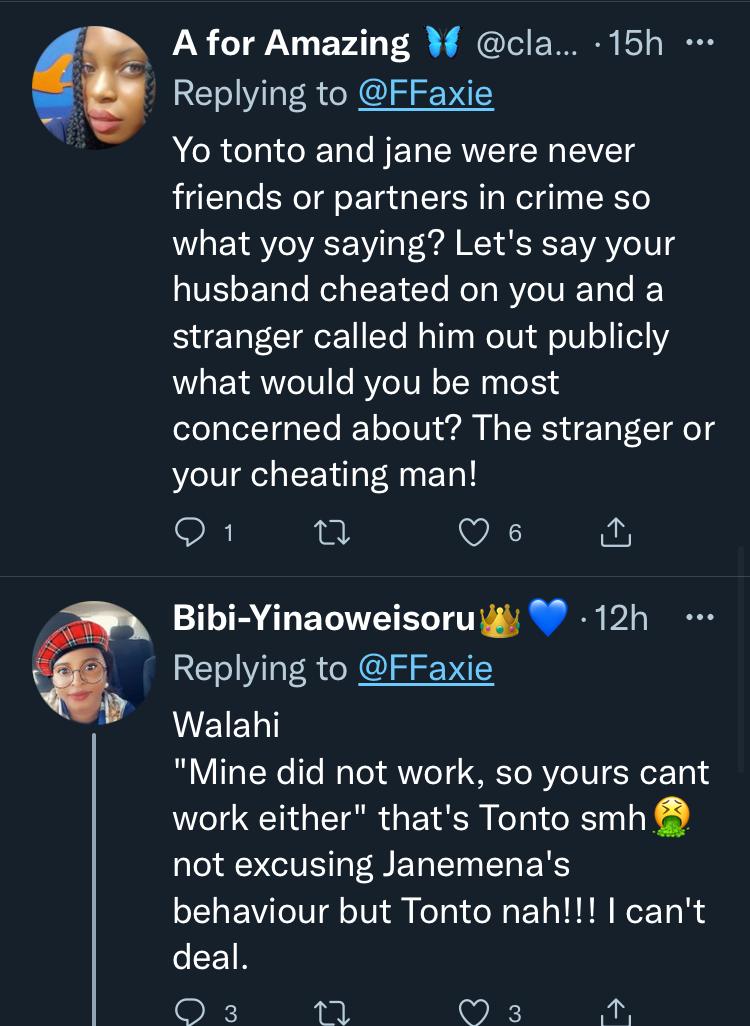 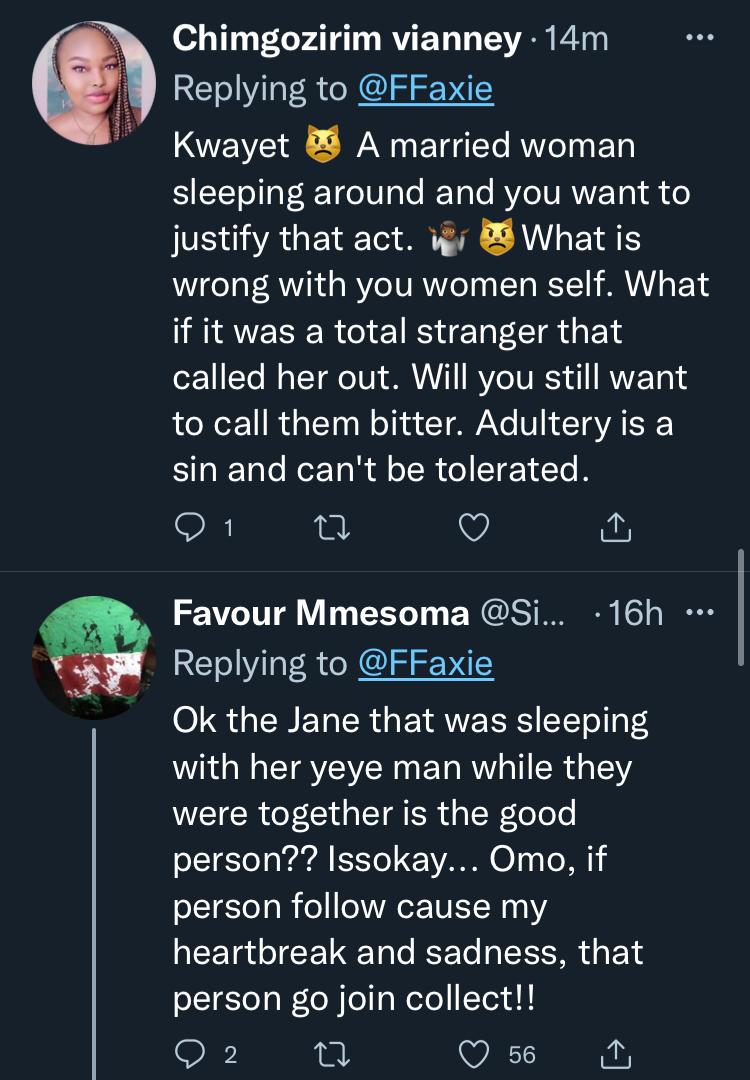