Young lady expresses shock after a cab driver whom she once used his service returned her iPhone after 8 months of searching for her. 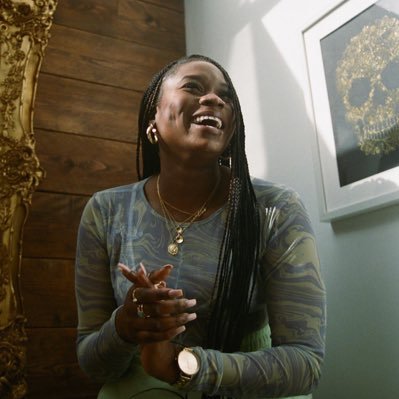 According to the Twitter user identified as @shaysade_, she never knew such nice people still existed as the driver stopped by her to return the lost phone after 8 months of search.

“NAHHH I lost my phone over 8 months ago and had no idea what happened to it, it literally vanished. Today I book an Uber and my Uber driver goes “hold on I have something for you” and hands me my lost phone. He said he held onto it in case by chance he picked me up again 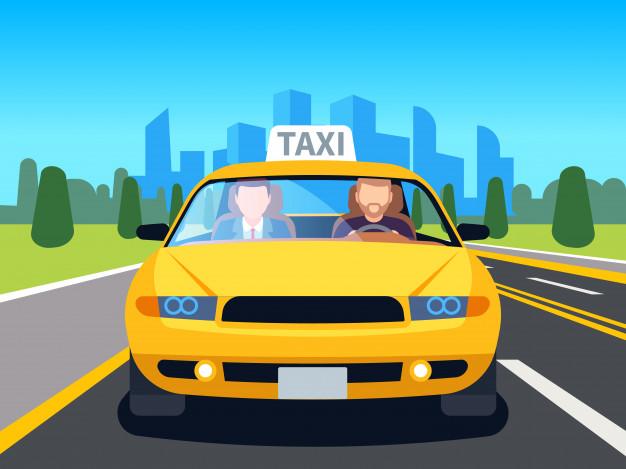 Still such nice people out here. He said he tried to tell Uber but they didn’t do anything about it. So he kept it in his car till I saw him again so he can hand it back. This has made my weekend

Context I don’t know him at all i can’t even remember getting into his car but the fact he kept my phone for me for 8 months and by chance saw me today and gave it to me. HOW IS THIS EVEN REAL?! I’m still shocked and had to thank him for being so kind.

I wanna give him a gift to thank him but I may be breaking Uber policies or something I don’t know I just feel hella blessed rn. That phone was precious to me had so many memories on and I was gutted when it went. All I know is there are genuinely good people in this world

People asking why didn’t I call my phone I did but my phone was an old iPhone. It never stayed on for long unless it was in charge 24/7 it switches off after 5 mins. People keep saying he knew where I live who said he dropped me to my house?? Weirdos big bloody weirdos.” 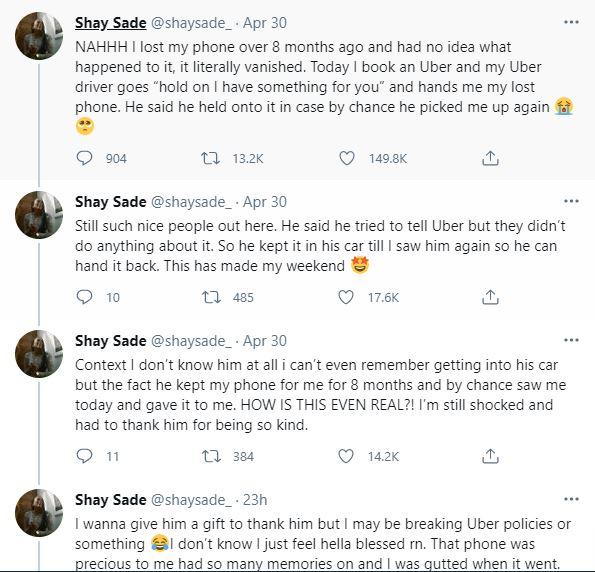