South African couple, Portia and Bellium Tjale have put their late son’s funeral event on hold after they discovered that his manhood is missing. 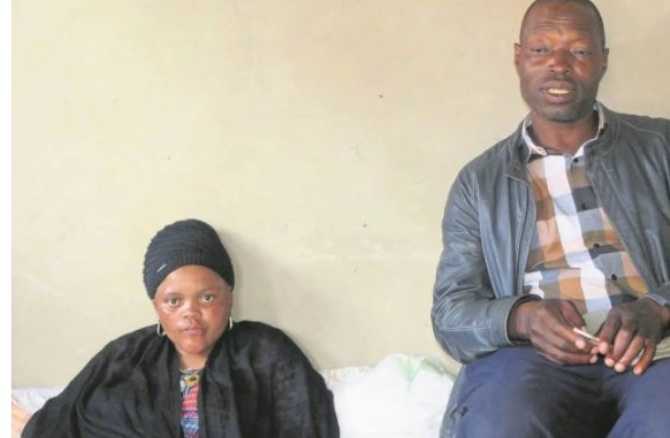 Reports say the family claimed that their son’s body was mutilated and violated at the funeral parlour at Daveyrown.

To this end, they refused to bury their disfigured son and have also taken possession of some properties at the funeral parlour in a bid to have the money they paid refunded.

Speaking to Daily Sun, 39-year-old Portia said, “My son’s body was collected from home with every body part intact, but some parts are now missing. Why is that?

“The same funeral parlour owner and his wife then even contacted me again to convince me not to come because I suspect they saw something was not right. My son deserves to be buried with dignity and not to be subjected to such disrespect”

Portia’s husband, Bellium, (48) added: “My son suffered and the next thing he was disrespected. Mpho was epileptic and had autism.”

However, the two parents further alleged that the police told them to bury their sons’ body despite the missing manhood after they reported the case.