Twitter user identified as @maxvayshia reveals the current predicament of a lady whom he lent N80K and in turn refused to pay back. 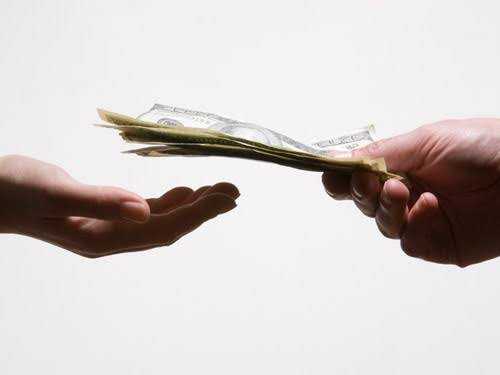 According to him, when he reminded her about the money, she insulted and blocked him on all platforms.

Consequently, the lady a few years after her marriage suffered a divorce and has witnessed double miscarriages; one of which occurred on her 39th birthday.

“This lady who i lent 80k in 2017 blocked me everywhere and insulted me just cos i politely reminded her of the money and she was about to get married…a new dispensation.

Just hearing that her hubby divorced her and remarried. I pray she gets a better man. ????

Just confirmed now that she had 2 miscarriages, the 2nd being on her last (39th) birthday. No child yet. May the forces of nature be with her and never leave her. This life is deep. ????” 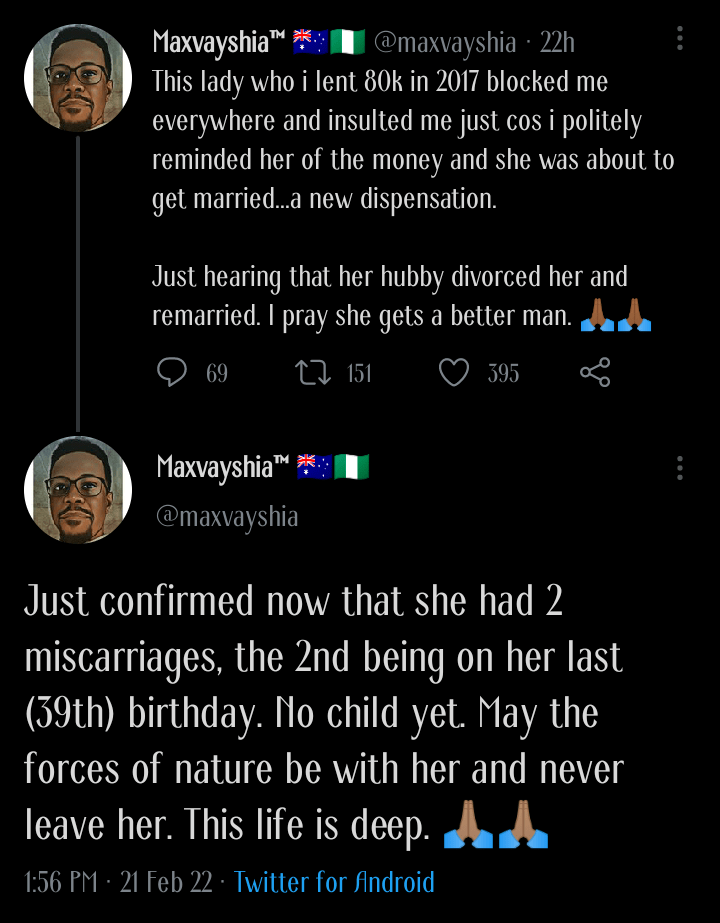