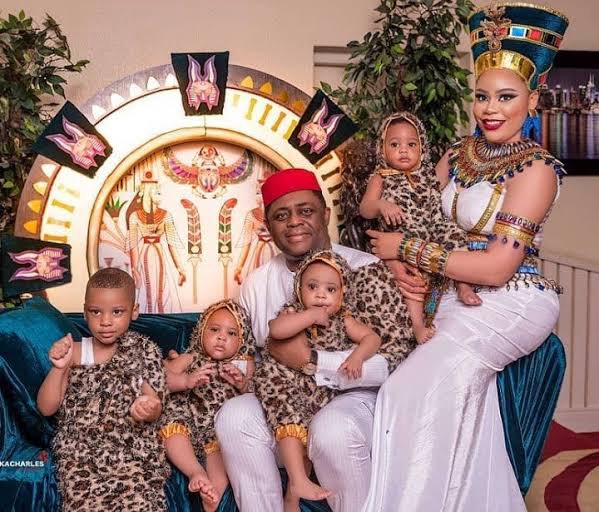 In an exclusive video shared by Sahara Reporters, the former minister was seen verbally abusing someone alleged to be his estranged wife, Precious.

The video which is now going viral on the internet captured moment FFK verbally abused and hurled insults at Prescious who was heard in the background.

Recall GistReel reported last month that the ex-Minister’s marriage with Precious has allegedly hit the rocks over case of domestic violence.

In a related development, Precious Chikwendu’s sister reportedly revealed how FFK beat up her sister during pregnancy and assaulted her for six years.

The politician however denied the viral reports and threatened to sue blogger who broke the news for N2billion.

In the new video that just surfaced, FFK was heard saying, “Record, record that’s all you would ever do. Everybody wants peace but you, No, it must be insult, it must be this it must be that.”

A female voice alleged to be precious could be heard saying, “you’ve been abusing me since and I haven’t said any words to you.”

Few seconds later, as FFK approached closer to the camera, the female voice could be heard screaming “leaving me alone.”

Watch video as shared by Sahara Reporters below;