Prisca Chikwendu-Nduka, sister to Precious Chikwendu, estranged wife of Femi Fani-Kayode, ex-Nigerian Minister of Aviation, has said that the reason the marriage collapsed was due to domestic violence that lasted for six years. 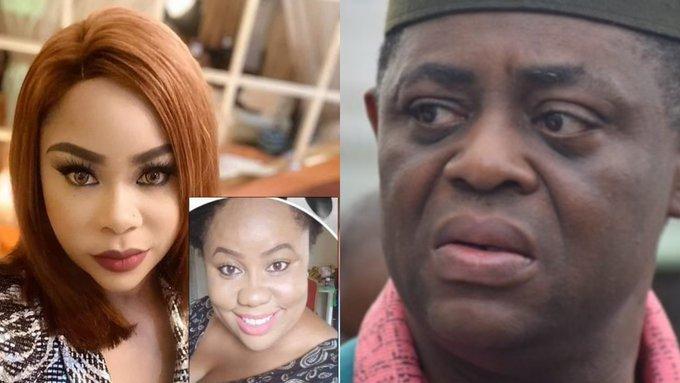 Recall that in 2018, Sahara Reporters detailed how Fani-Kayode began to allegedly domestically abuse Precious from the first year of their marriage.

In a series of Facebook post on Friday, Fani-Kayode’s former sister-in-law said he serially abused Precious while concealing his behaviour by inducing two family members, who consistently cajoled her to remain in the abusive marriage for many years.

Read below as she narrated the “abuse” story;

“It is disheartening when people you look up to and who should have your back turn against you because of monetary gain. I have kept silent on this issue but it is time we took a stand.

Rev Okey Onyemachi and Joy Onyemachi, you both cannot deny knowing my husband’s sister beats her!

Aunty Joy Onyemachi, you have witnessed him beating her several times especially during pregnancy. I have had discussions with both of you several times about leaving that marriage before he kills her, but you both said she has to stay on that it makes no sense leaving him without anything after giving him sons.

When my mom was still here, the excuse of her staying on was that he was paying her medical bills which he actually was. But I had a problem with giving God’s place to heal, to man and I never hid it. After everything, my mom passed. With her passing the new excuse was that she stays for the children.

You Insisted you guys were handling the domestic violence situation with her husband and that you were also living it in prayers. Little did we know that you were both taking a stand before us and sucking up to an abuser behind our backs.

The abuse never stopped and thanks to you both, there was added strain between we her siblings and her because you somehow portrayed us as enemies. And she bought your stand unfortunately because she wanted to keep her home.

Yes the incident with the knife occurred, but the truth you purposely ignored is that she picked that knife to protect herself from being beaten again and you both know it!

“Furthermore unclear Okey, (I use the word uncle/aunt lightly because you, in my opinion, don’t deserve it, but I’ll rather use it to call you the Reverend or pastor cos your actions are a let down to that title), you were not there when the knife incident happened so it amazes me how you have this detailed false description of what happened that day.

Now to obvious facts, Even if Precious had a mental breakdown like you claim, who wouldn’t? Considering what she had gone through in that house for almost six years.

A house she had no say in, a house where she was constantly humiliated before staff and sometimes visitors. A house where one who calls himself a husband will call and pay fake pastors to be giving fake prophecies against his wife, one which is that she has spiritual problems and she is only giving because she’s under his spiritual covering, that the day she leaves his covering she will die. You are very aware of this!” 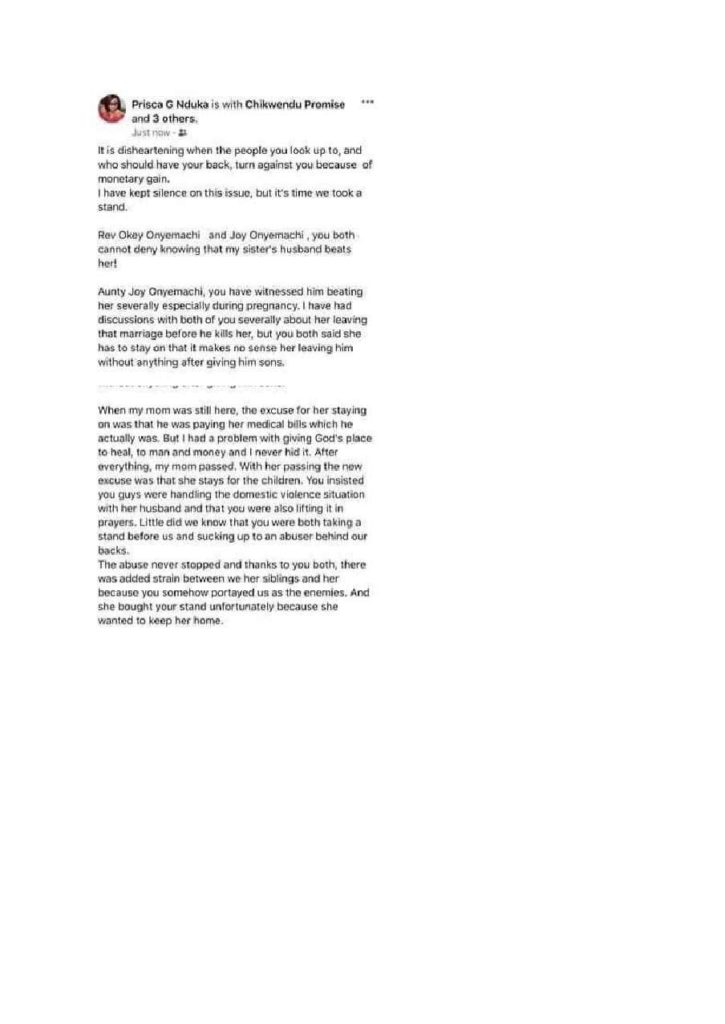 Meanwhile, the former minister has sued blogger Stella Dimoko Korkus, N2bn over rumour that he has separated with his wife, Precious Chikwendu.