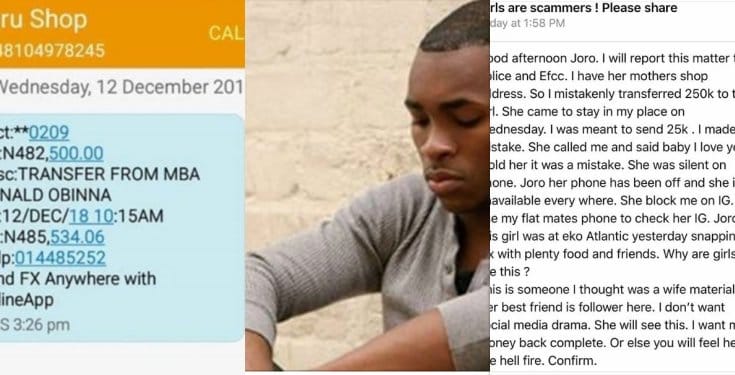 A man has been played by his girlfriend after he mistakenly transferred a huge sum of money to her bank account.

He wanted to gift his girlfriend a sum of N25,000 but ended up sending a big sum of N250,000 to her. He called her to inform her about the mistake but it appears the lady who feels its her lucky isn’t ready to hear any of that.

She has blocked him from communicating with her and she has also been spending the cash around Lagos.

The man intends to alert the security operatives about the development. Read the story he sent to a relationship blogger, Joro Olumofin below: 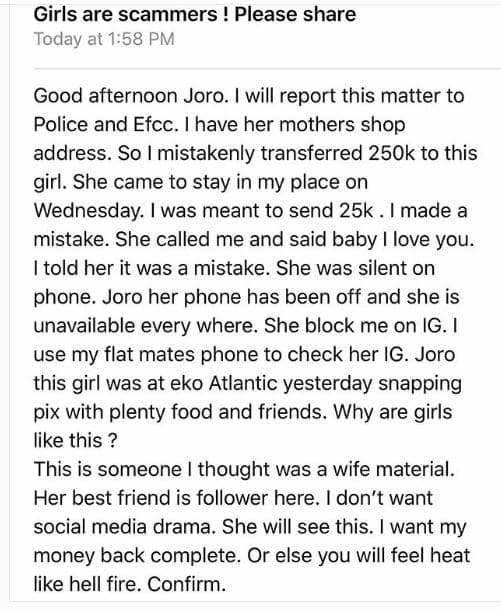