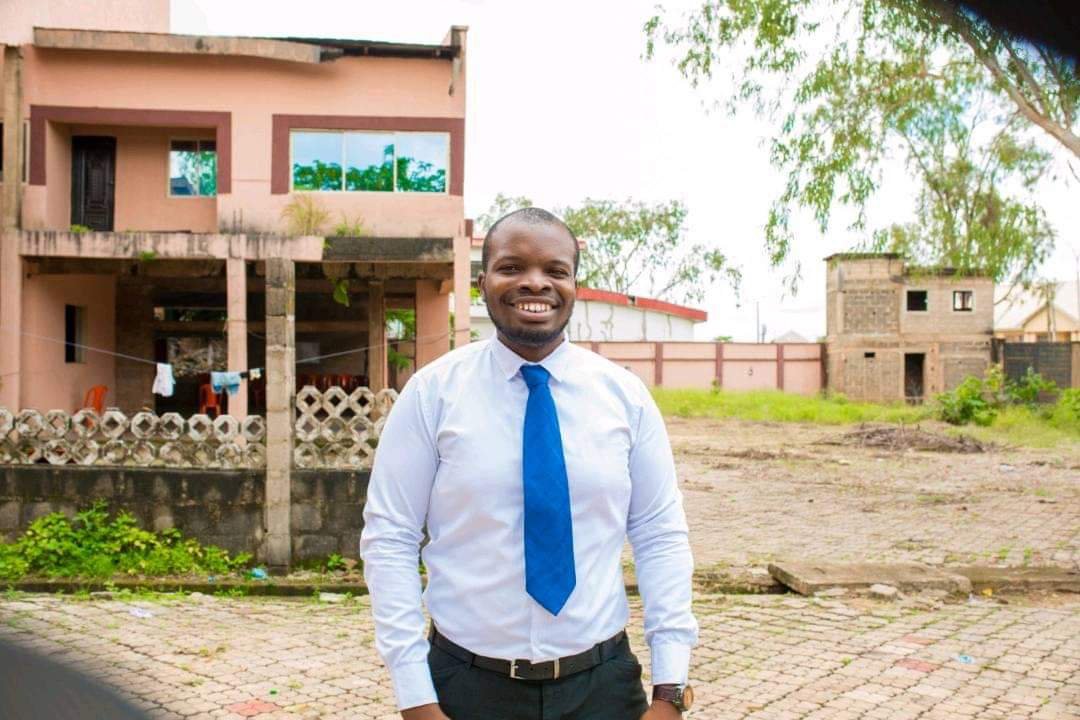 Taking to Facebook, the man identified as Udeze Chinweokwu noted that it is an irony how Ebuka dresses fine but brings bad news for the housemate every Sunday.

He also said Ebuka is literary the opposite of his appearance because housemate rather than smile at his “sumptuous looks”, become worried upon sighting him on Sunday over fears of being pronounced evicted by the handsome model.

Subtly tagging him a carrier of bad news, the man advised friends on his Facebook timeline never to be like Ebuka who dresses fine to deliver bad news.

Every Sunday, one must really imagine the scare in the minds of housemates each time they imagine a Sunday Eve and to add to it, how terrified they would be at the sight of Ebuka.

The funny thing though is the sumptuous way he looks while he brings the journey of each housemate to an end. 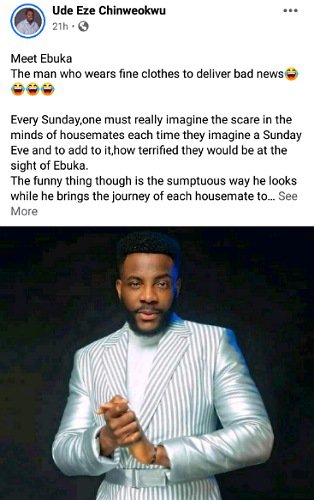