Home Entertainment News Cubana Chief Priest accused of being the father of boy who drank...

Cubana Chief Priest has reacted after social media users said he is the father of little boy that was spotted drinking alcohol at a party. 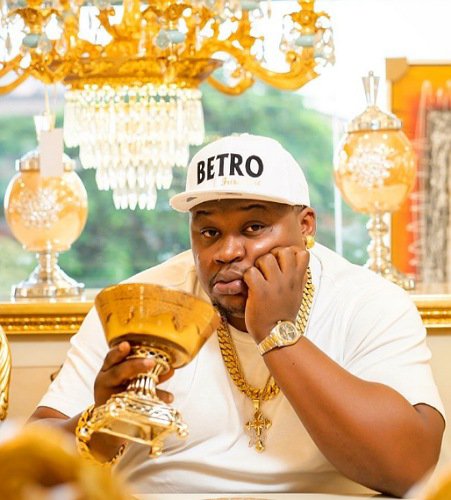 The speculation and accusation were borne out of the striking resemblance between the “30BG Baby Baller” and the celebrity barman.

Recall that that 2 days ago, GistReel posted a video of an underaged boy drinking beer at a party in the presence of adults. 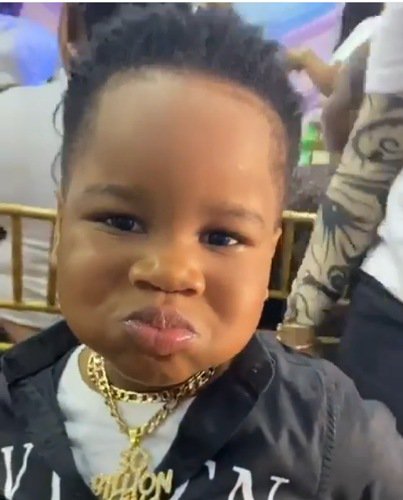 The video sparked outrage on social media with some saying Cubana Chief Priest is the father of the boy, hence the striking resemblance.

Reacting to the accusation, the self acclaimed king of nightlife debunked claims suggesting he’s the father of the boy.

Cubana Chief Priest is married and the union is blessed with two lookalike sons as seen in the photo attached below. 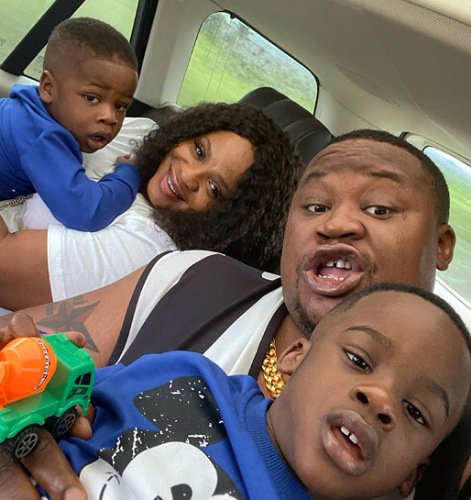 Cubana Chief Priest condemned the video, stating that it is too early for the boy to be taking alcohol.

He also noted that so many Nigerian parents are guilty of it, “just that they’ve not been caught on camera”.

However, he said they share so many things in common and admitted he loves the “30BG Baby Baller”, adding that someday, he would hangout with the little boy and give him some “chilled iced juice”.

In his words… “Una Dey Tag Me Say He Looks Like Me !!!!! Some Even Dey Use Am Troll Me, So Many Parents Are Guilty Of This Just that They Have Not Been Caught On Camera… This Is Totally Wrong. Kids Don’t Take Alcohol. Well !!! I Love The Boy We Have A lot In Common, Someday I Will Chill With Him N Give Him Some Chilled Iced Juice. He Really Needs To Calm Down Is Not Yet Time, I Love The Boy The Swag No Be Here, Dude Is The Future #30BgBabyBaller #CelebrityBarMan💫”

Watch video of the little boy below;