A viral video has shown moment a little boy emptied a full bottle of beer in the presence of adults while at a party. 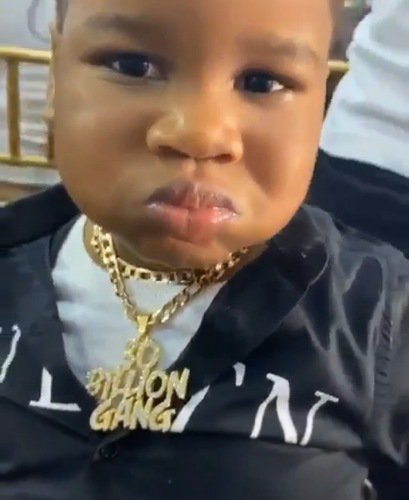 In the video, a yet to be identified little boy presumed by many to be 3-year-old could be seen drinking from a bottle of beer. 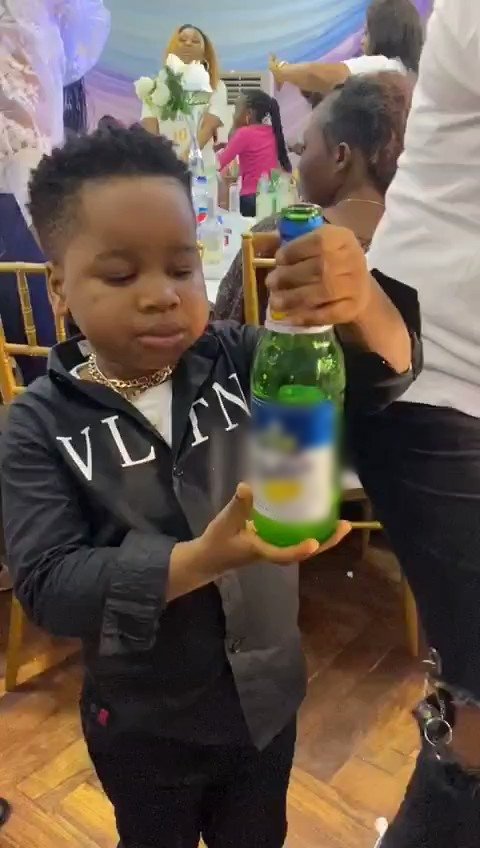 Rocking a “30 BG Gang” necklace and a fitting hairstyle, the little boy drank with reckless abandon while vibing to the sound of good music playing in the background.