Gabriel Jesus struck a significant blow in the Premier League title race for Chelsea, as his goal helped Manchester City ran out winners at Stamford Bridge. 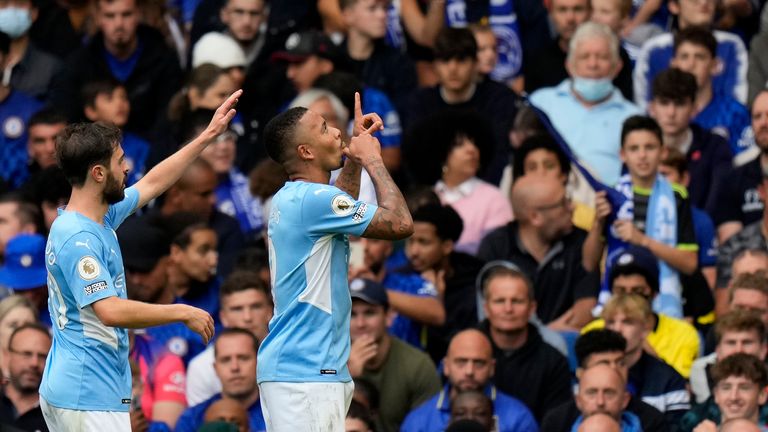 The win also sees Manchester City draw level on 13 points with previously unbeaten Chelsea on the Premier League table after Saturday’s thrilling contest, alongside Manchester United who lost to Aston Villa too.

The meeting between the European and English champions, lived up to its hype, with City at first dominant, grabbing their deserved goal when Jesus hit a deflected shot into the bottom corner of the net, on 53 minutes. 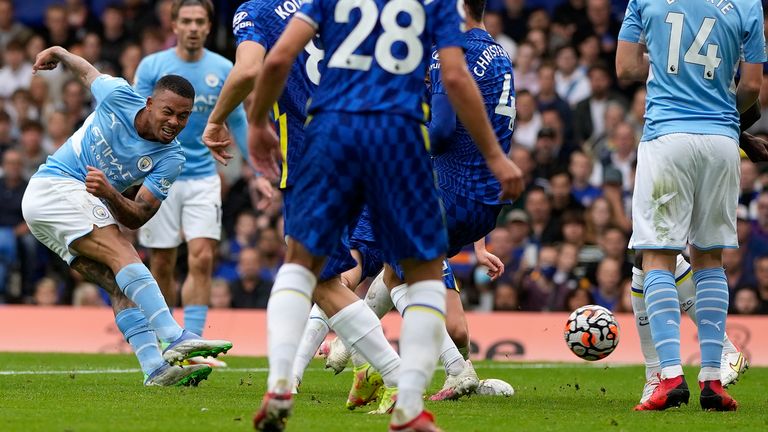 The goal by the Brazilian striker means Thomas Tuchel’s side, have now conceded their first ever goal from open play this season in the Premier League.

The first 45 minutes was controlled by City in ball possession, but there were no easy strolls into the box allowed by Chelsea until the half time whistle went up.

Then finally City made the breakthrough in the second half. Defender, Joao Cancelo’s initial effort was blocked into Gabriel Jesus’ path in the box and the Brazilian swivelled and fired a bobbling shot into the bottom corner. 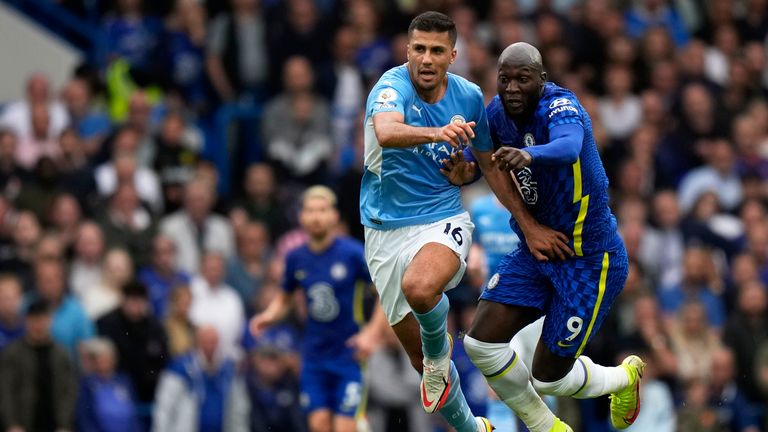 Jack Grealish then forced Mendy into a sharp stop and Thiago Silva had to clear a Jesus effort off the line before Kai Havertz – Chelsea’s Champions League final hero who had been sent on in search of an equaliser – teed up Lukaku to finish as an offside flag was raised by the linesman.

After suffering three defeats in a row to Thomas Tuchel, Pep Guardiola can now finally celebrate a victory over the German at the final whistle.