Arsenal slumped 2-0 down to a newly promoted Brentford in a shocking opening day defeat in the Premier League away at Griffin Park. 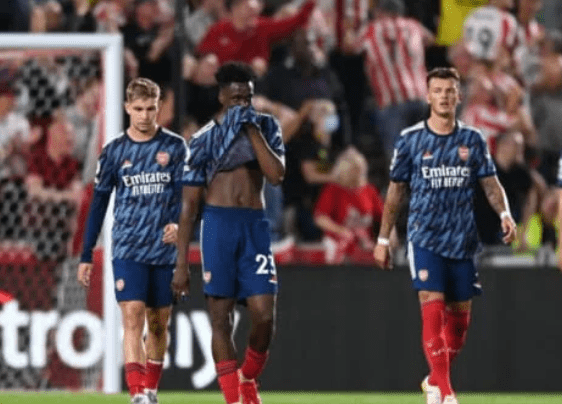 Goals from Sergi Canos and Christian Nørgaard in either halfs kicked the new Premier League campaign off in stunning style for the newcomers; and in demoralising fashion for the Gunners, as they find themselves bottom of the table.

Head coach, Mikel Arteta was forced into wholesale changes before kick-off with Pierre-Emerick Aubameyang and Alexandre Lacazette both unwell and therefore absent.

That presented a first ever Premier League start (and appearance) for Folarin Balogun, with striker Gabriel Martinelli starting on the left flank instead.

In the game, a decent opening from Arsenal failed to create anything of real note, despite the visitors dominating with possession. 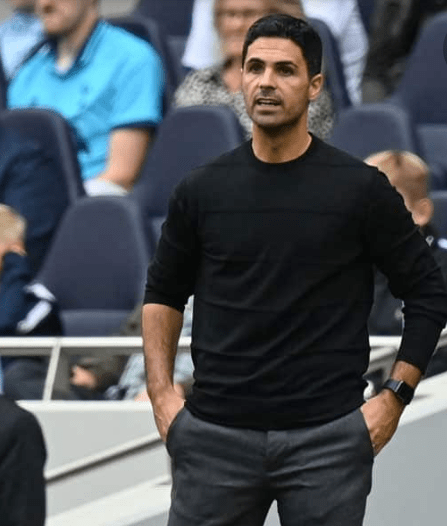 “I don’t think we deserved anything different. They scored from a long throw-in and we didn’t have enough presence in the box. The first goal gave them some hope. We wanted to play better in the second half but we need many more shots on target, then we conceded on a set-piece,” he added.

More so, the result didn’t go well with Arsenal supporters as they went on social media to demand Mikel Arteta’s sack. Here are some reactions we saw;

@slater_kayce wrote: “I have never seen a season start and end so quickly. Congrats Arsenal. #Artetaout ”

@An4ndPaTiL chipped in: “Arsenal should start negotiating with Conte, we might need him sooner than expected”

Meanwhile, up next on the upcoming fixtures table for Arsenal are two members of the Big Six: Chelsea and Manchester City.