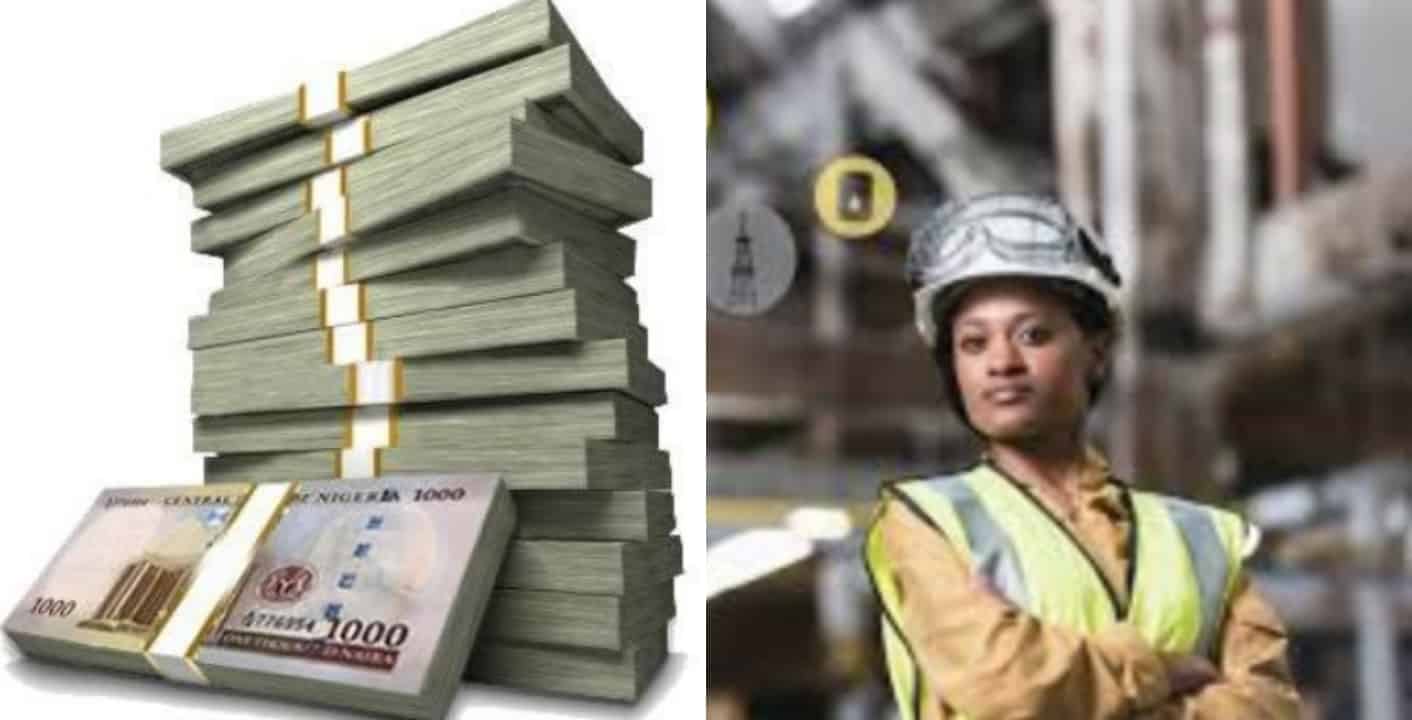 A beautiful relationship between two handsome salary earning lovers is headed for the rocks as they disagree on who is to relocate while making marriage plans.

According the story currently making the rounds on internet, Anita, the girlfriend, works with an Oil Servicing firm in Lagos and earns a whopping 42 million naira annually.

On the other hand, Jide her boyfriend, works with a bank in Port Harcourt and earns 15 million naira per annum.

When they both began discussing marriage, Jide demanded that Anita leaves Lagos, her job worth 42 million naira per annum, move in with him and search for a new job in Port Harcourt.

Jide‘s reasons were that a woman is supposed to move in with the man, not the other way round and that he is now very comfortable with his current branch and would find it difficult to settle down in another branch.

However, Anita feels it will be wiser if Jide applies for a transfer to Lagos, her reasons being that; looking for a new job will be very difficult and her earnings will also be a good support for the family.

Read the story as shared by netizen on Instagram below; 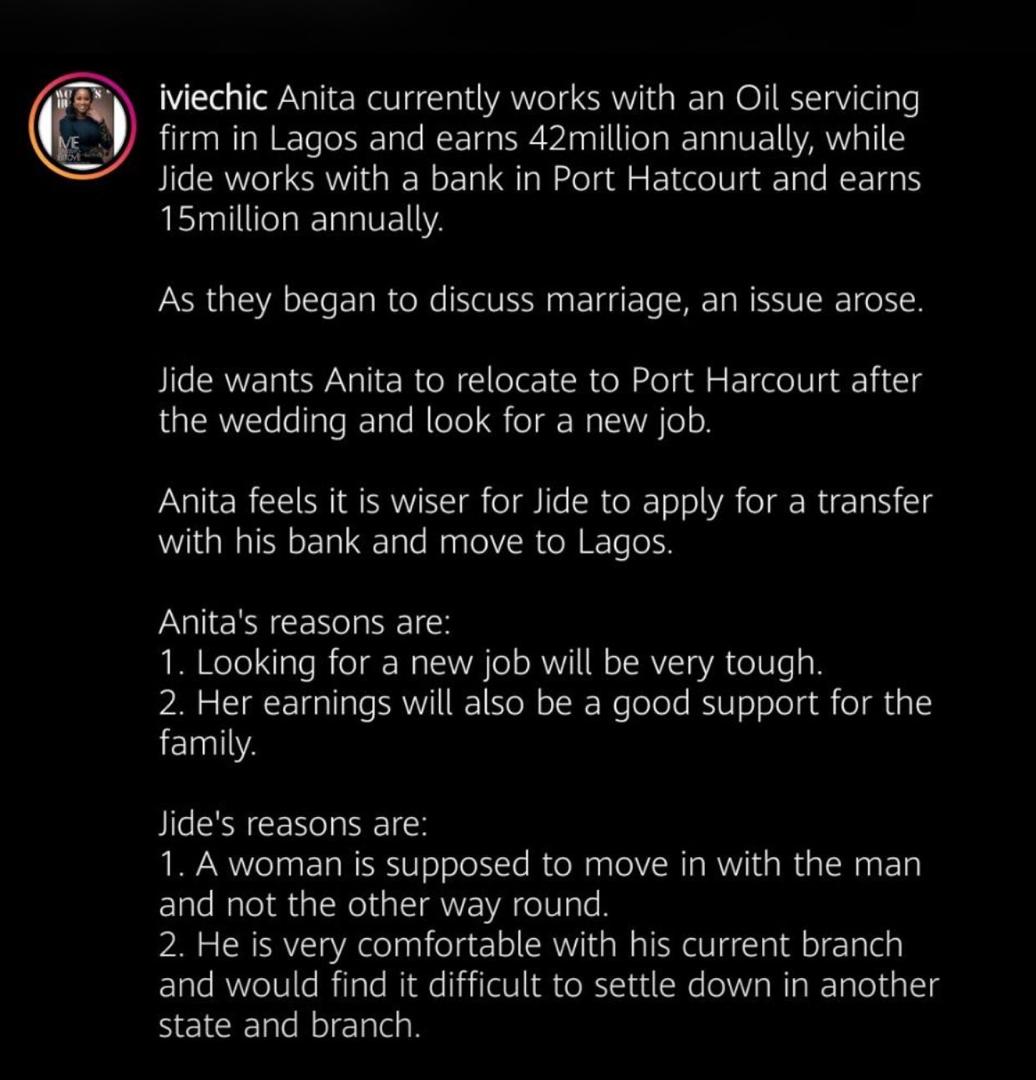