Asisat Oshoala of the Super Falcons of Nigeria and Barcelona Female Football Club of Spain has reacted after scoring and leading her team to a 5-0 victory over Fortuna Hjoerring FC of the Danish League in the UEFA Women’s Champions League on Wednesday evening in Denmark. 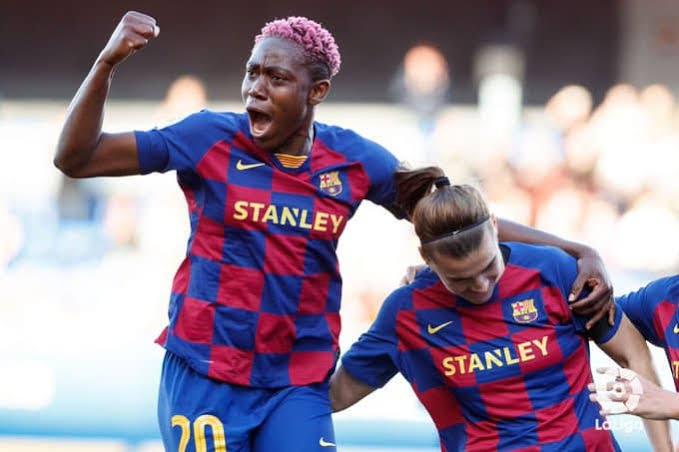 Since joining the club, the former Liverpool footballer has been one of the Barcelona Feminine star players, and she has been scoring goals for fun ever since. She continued her excellent performance on Wednesday. 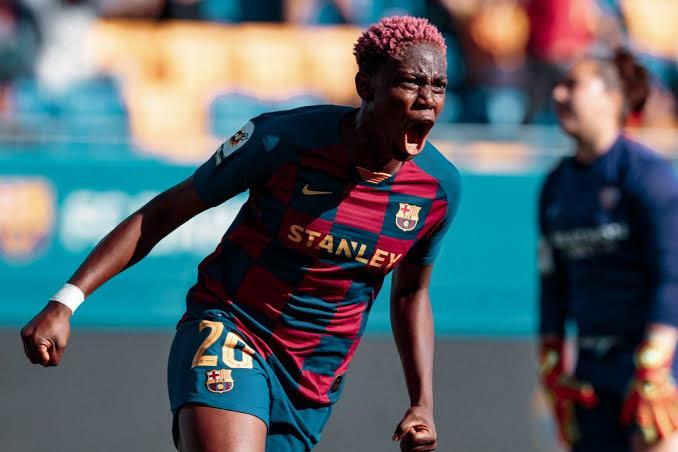 The Nigerian international was given a bench role by Barcelona’s coach, and she made an impact after being added in the second half, scoring her team’s fourth goal.

Reacting after coming from the bench to score and inspire Barcelona to Victory, Asisat Oshoala posted on her verified Instagram handle that; 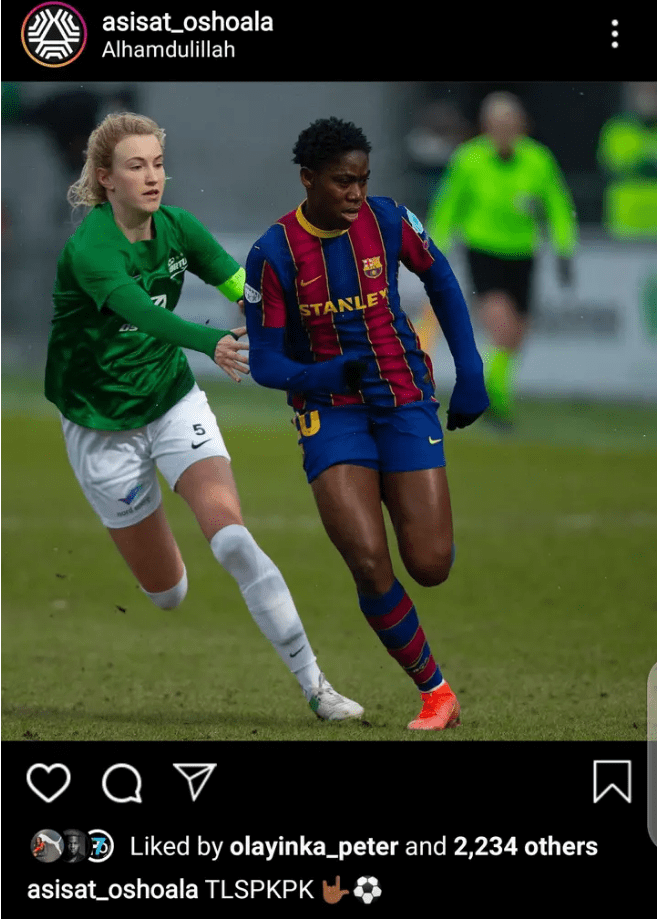