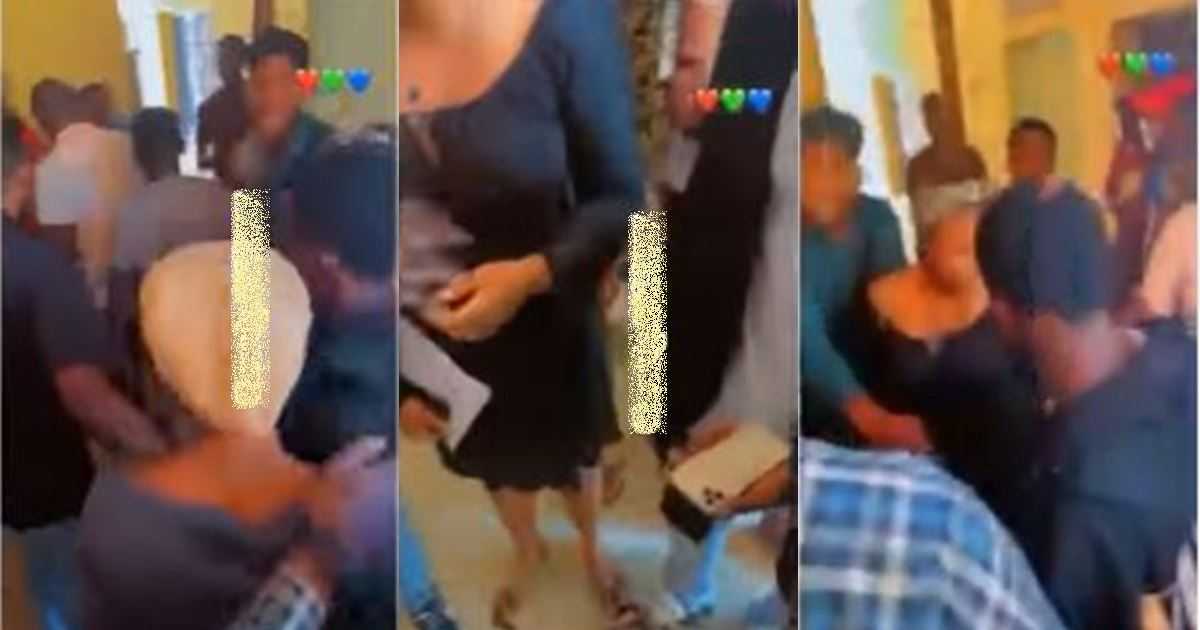 According to the report, the lecturer collected the phone from the student and blasted it on the floor after he caught the man using it to surf the internet while he was teaching.

The disgruntled students who were against the act however took to the administrative block of the school to lay their grievances.

A lady could be heard in the background vowing to wreak havoc if she were to be the victim.