David Adeleke professionally known as Davido, is currently trending online following the release of the visuals for one of his hit songs, 1 Milli. 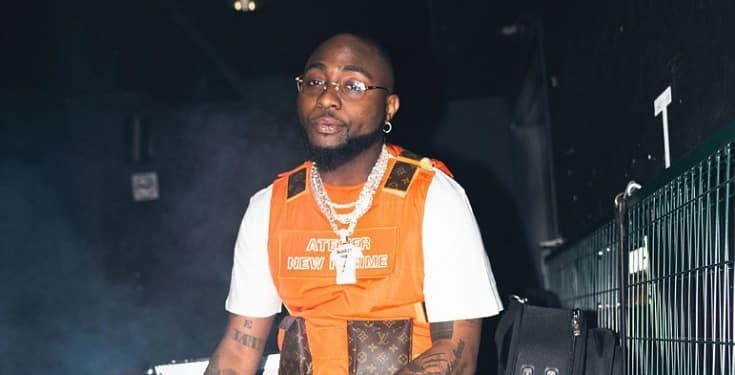 The singer who used his babymama and fiancee, Chioma Rowland as the love interest in the video, had several social media users buzzing with reactions.

The hitmaker even got international recognition as an American Instagram blog, @theshaderoom, featured him. While many people hailed him for his music prowess, a troll came for his physical appearance.

She described his head as shaped “perfectly round like an emoji”. Davido wasn’t going to let the comment slide as he immediately responded, calling her hair “cheap”. 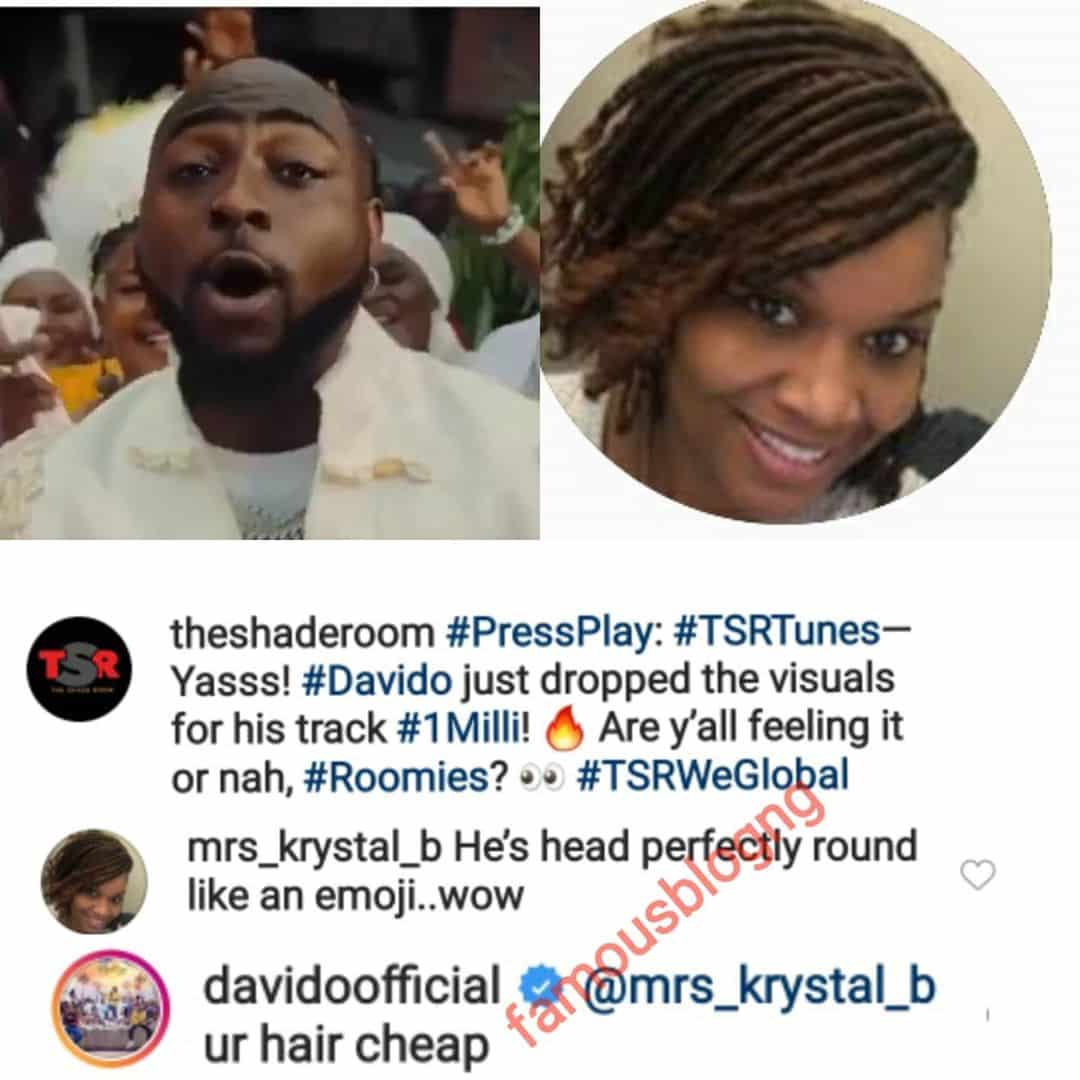