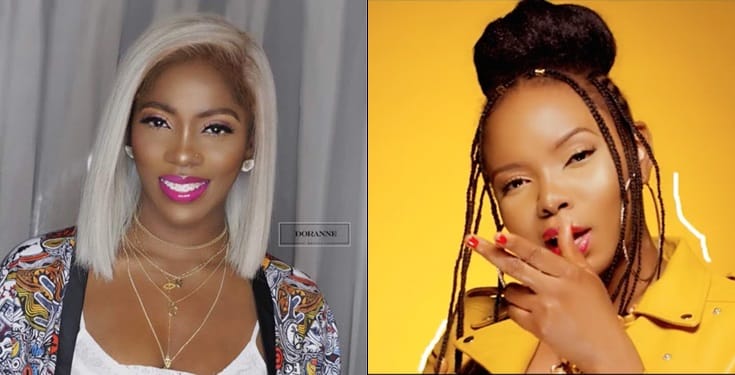 Yemi Alade has slammed a troll who barged into her comment section with criticism of her kind of music which she says is not making her succeed.

According to the troll, Yemi Alade’s lyrics are poor, predictable and lack creativity.

The troll further suggested that the kind of music she is making is the reason why a certain queen is reigning over she and other female artistes in Nigeria.

In reaction, Yemi Alade listed the achievement she’s made this year alone and also how she has toured several countries performing with her live band which makes unique music.

She also pointed out that her style of music has been getting her endorsement deals, and so she sees no reason why she should heed the troll’s advice. 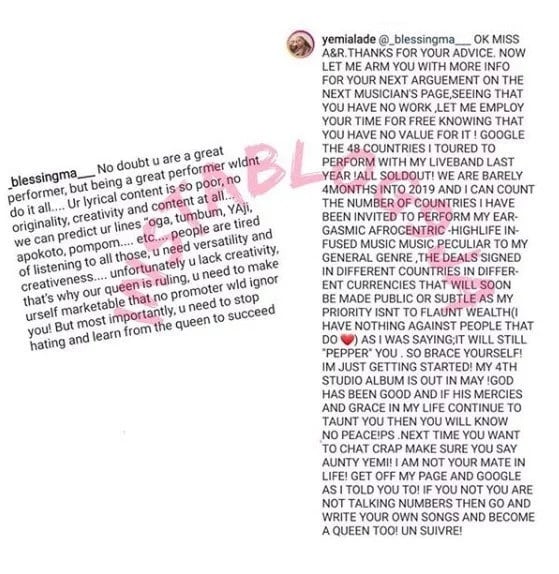