Home Viral News “Women are and will always remain second class creatures in the midst... 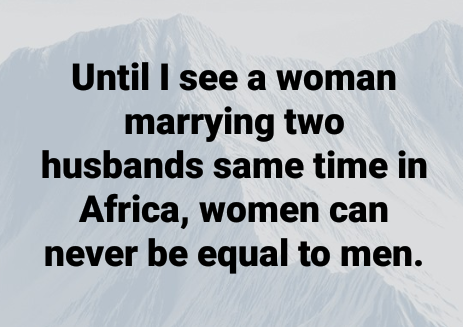 The Ahmadu Bello University graduate stated this after another Nigerian man said he will never accept that women are equal to men until the day he sees a woman marrying two husbands.

Johnson also said that he is against physical and emotional abuse of any kind, however, what people call abuse is actually “a natural norm”

He added that men are lords to women whether they accept it or not.

See more of his posts below… 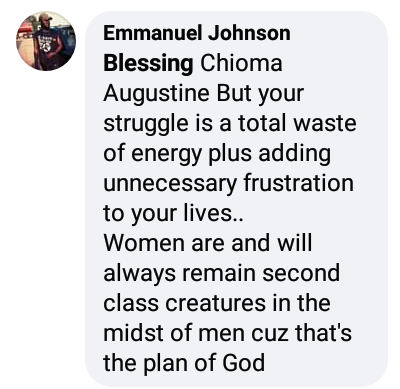 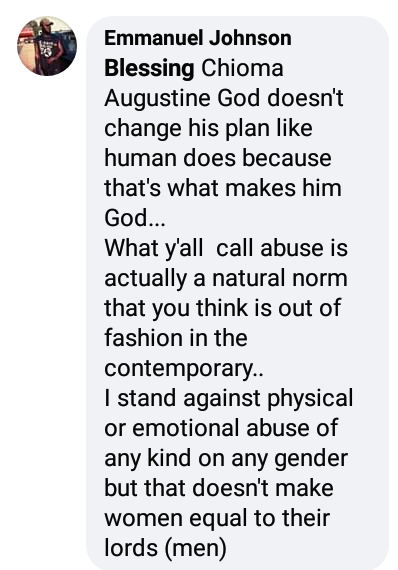 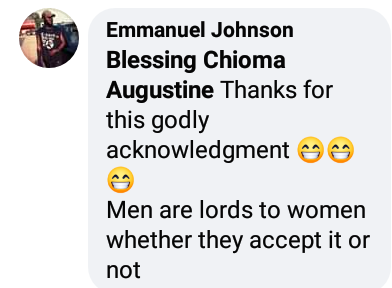