While others would rather sulk and go into depression over a poor self-esteem or lack of self-love, there are people who have decided to take matters into their hands to control their health and life in general. 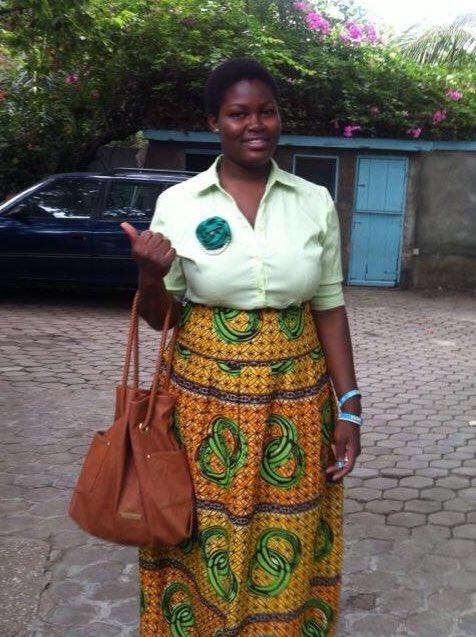 This lady has left many people stunned with her transformation. The young lady identified as @aaliyahh_m on Twitter, shared before and after photos of herself.

In one of the photos, the woman was much bigger. In the second photo, she had slimmed down considerably and her fashion sense had also transformed. 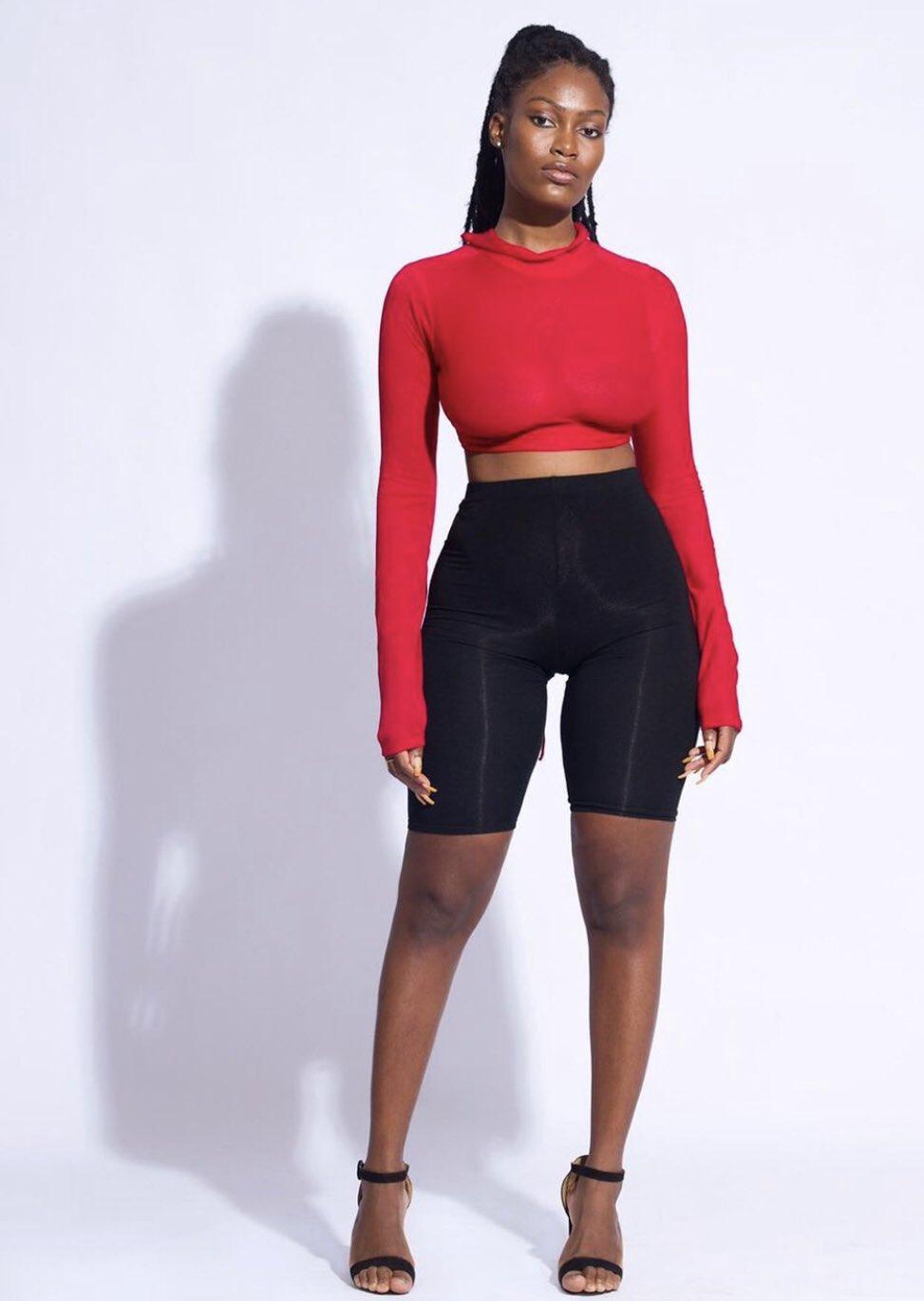 She captioned the photos: “When I tell you God has been good.” 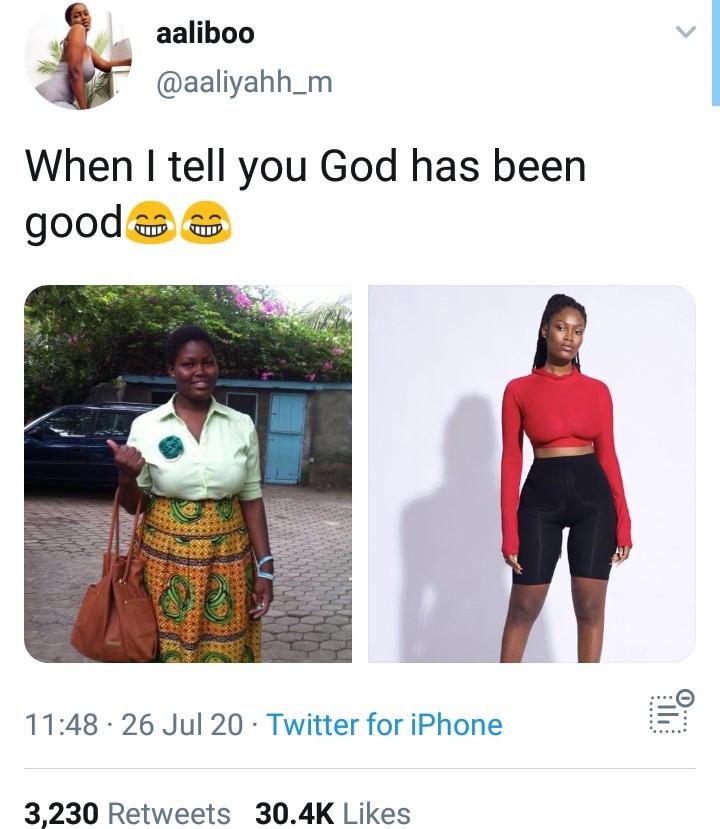