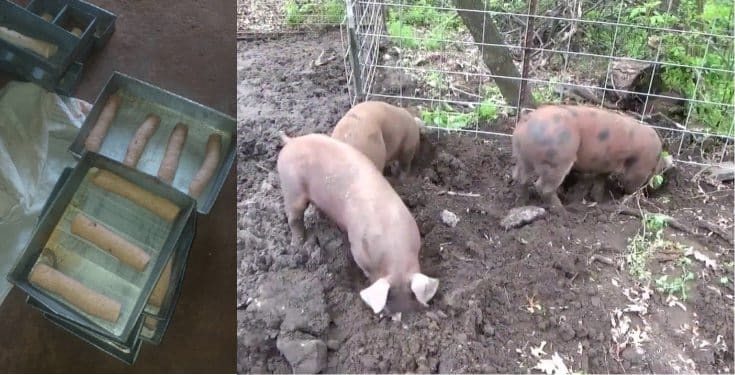 A 52-year-old woman Akosua Dwamena has been arrested for allegedly using Pig feed to bake wheat bread at Obomeng in the Kwahu South District of the Eastern Region.

According to the District Environmental Health Officer of the area Welbeck Afevia Dzidza, the arrest was made on Saturday evening.

Speaking to Agoo FM’s Ebenezer Kojo Nyavor, he said the suspect has been in the act for 25 years adding that she supplies bread to some schools around Kwahu and other communities in large quantities.

He said the suspect buys her materials from Nkawkaw in the Kwahu West Municipality.

He said the suspect has been handed over to the Mpraeso Police Command for interrogation.

He urged the public to take a critical look at what they purchase from outside and be mindful of where the materials are coming from.