Singer Brymo has rubbished three of Nigeria’ best singers, Wizkid, Burna Boy and Davido by claiming to have never heard of who they are. 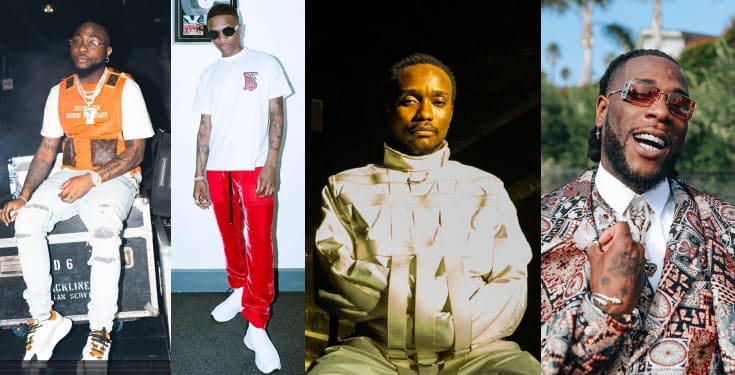 This was after a Twitter user stated that they are all better than him and that his music released since the past five years can’t be compared to what those guys have recently.

Brymo started it all by telling trolls on social media to tell their favourite artistes to take a two year break and see if their music will still be felt.

He tweeted: “Make your fav take a two-year break make we see who go listen to them on return”.

A troll fired at him saying: “Bros rest. Wizkid, Burna Boy and Davido are above u, I noticed you have been chasing clout since that comparison 3 days ago.
Burna Biy’s African Giant Album
Wizkid’s Soundman EP
Davido’s bmm and risky
None of your music released over the past 5 years makes wave like the above body of work I mentioned”.

Brymo responded saying: “Who are those?” 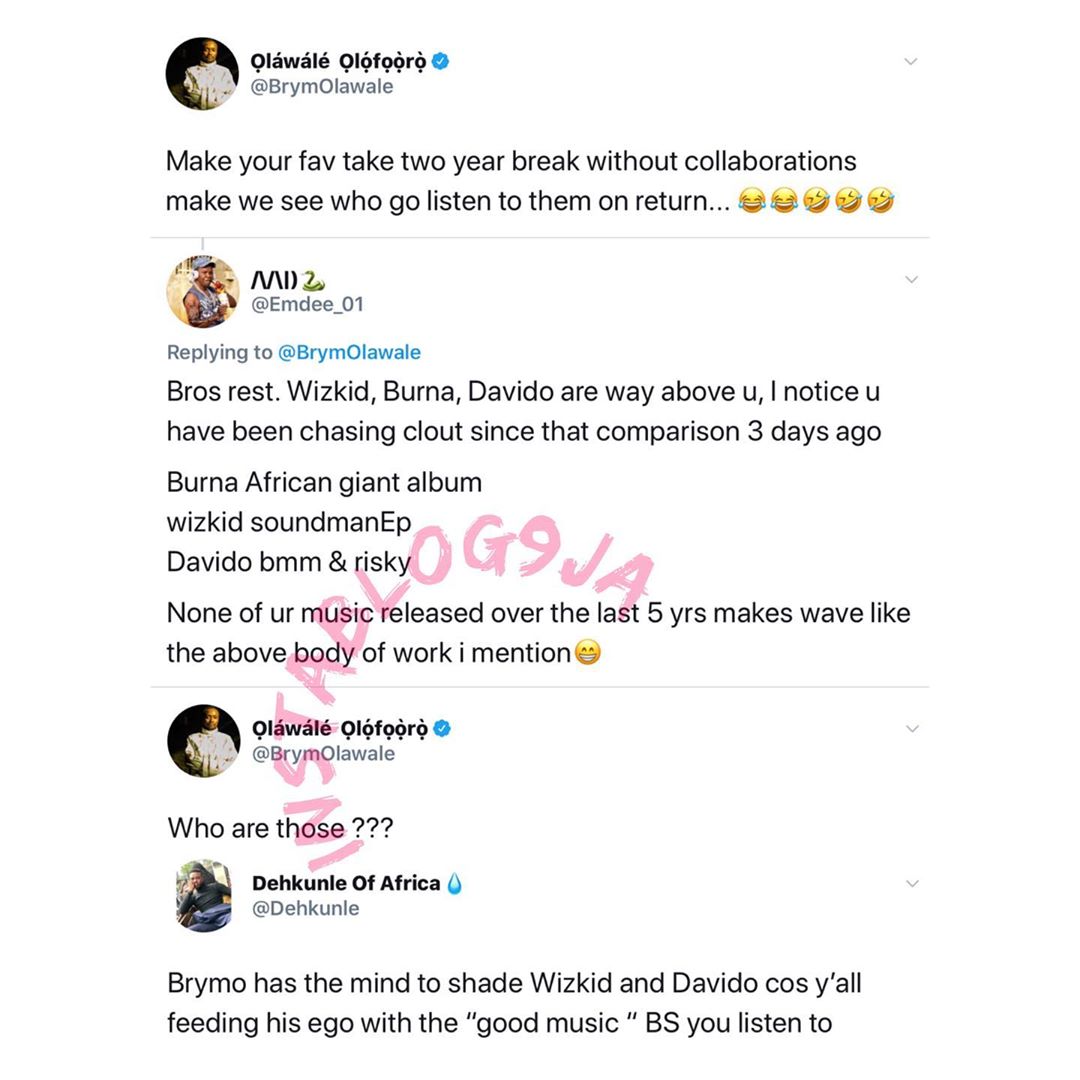 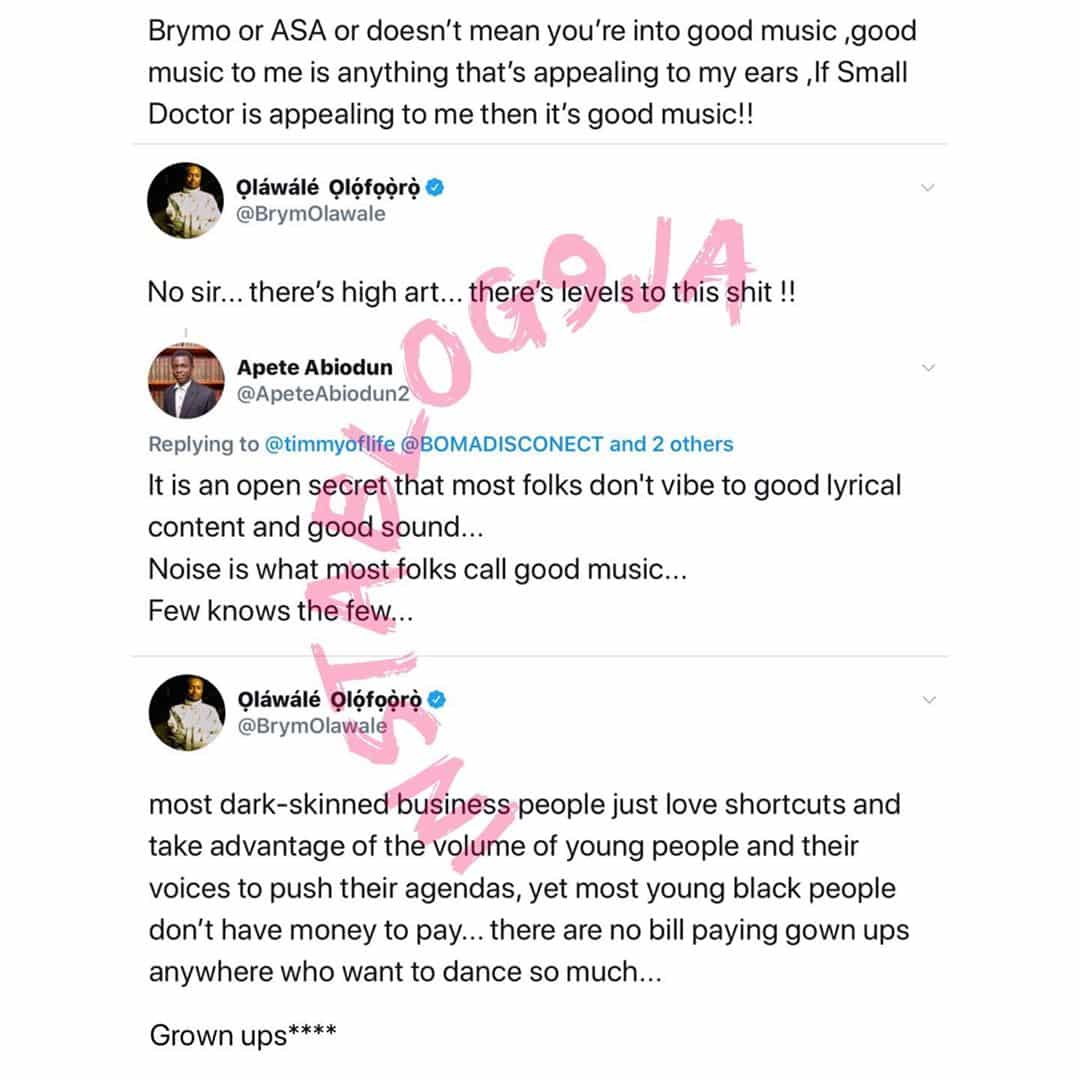