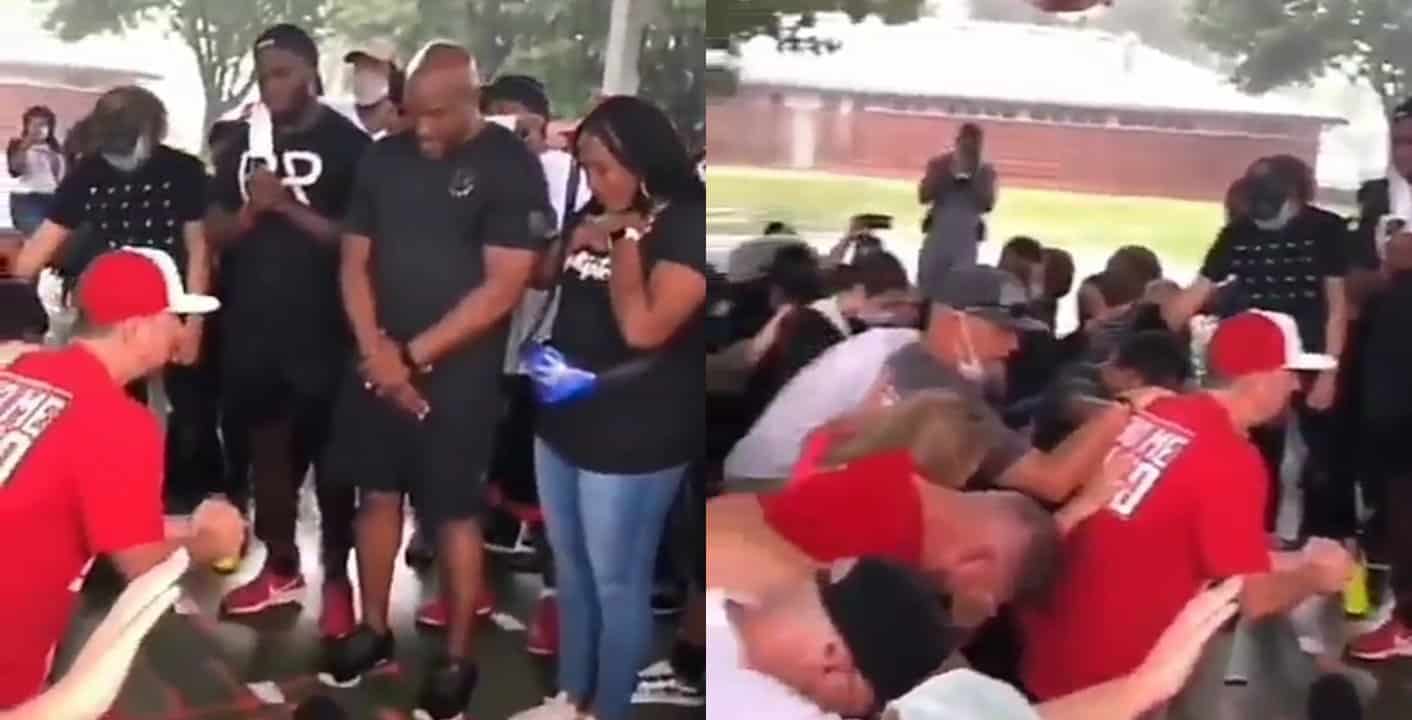 A viral video has emerged online showing moment some White Americans knelt down apologizing to a group of black men and women for years of racism against the black community.

According to L.I.B, Houstonians gathered yesterday, May 31, at Cuney Homes in the Third Ward to pray for the family of George Floyd following his murder by a white cop.

It should be recalled that George Floyd was allegedly murdered by a White cop after he knelt on his neck.

During the prayer, the White people in attendance knelt down and asked for forgiveness for years of racism.

The Black community accepted the apology and joined them in prayer.