BBNaija housemate Lucy has been caught on camera the very moment she stopped Neo from separating Nengi and Kaisha’s fight. 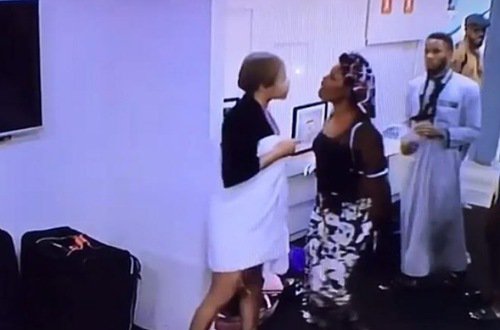 Recall that Nengi and Kaisha engaged each other in a war of words today and fans suggested Nengi should be disqualified just like Tacha, for pushing Kaisha.

Lucy recently had an altercation with Nengi and apologized but seems to be happy when Kaisha took on Nengi in the house this afternoon.

As the war of words nearly turned to a fistfight, Neo ran from the hall in a quick attempt to separate them but was immediately intercepted by Lucy who blocked the way. 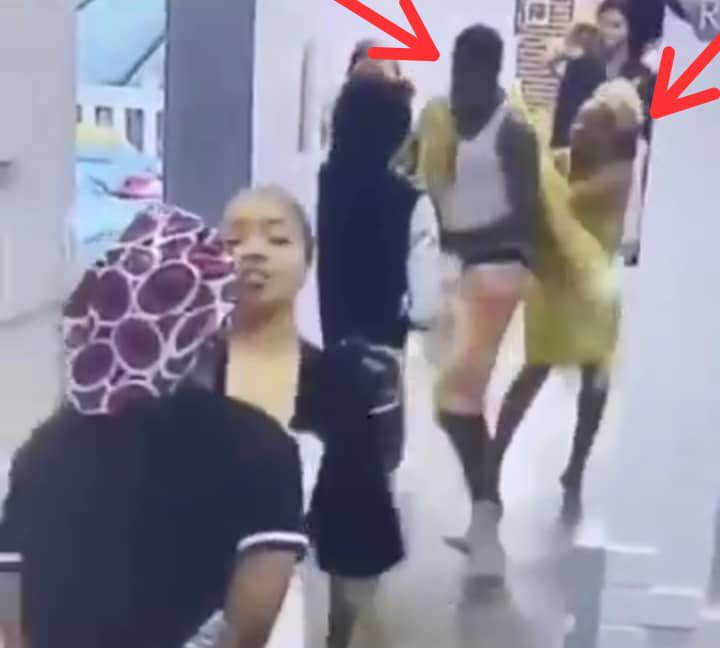 And when Neo attempted to escape her grip, Lucy held him tight, dragged him aside while paving way for the female housemates who made little or no efforts to stop the fight.

However, Neo later escaped her grip with the aid of his masculine strength and headed to separate Nengi and Kaisha.

See how some BBNaija viewers reacted below… 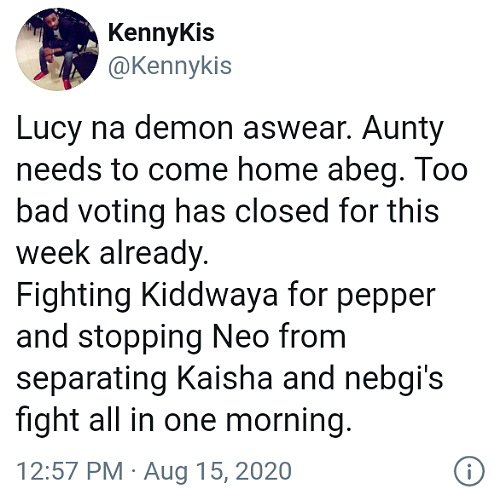 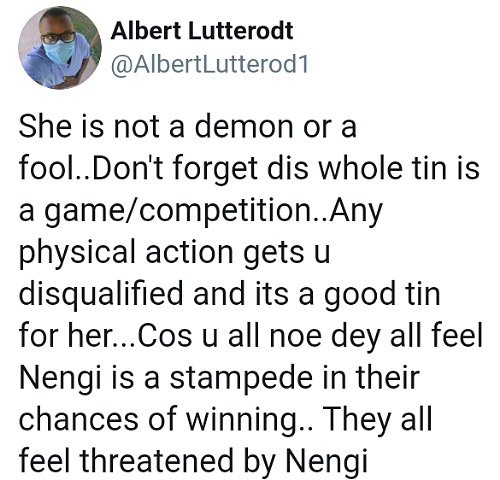 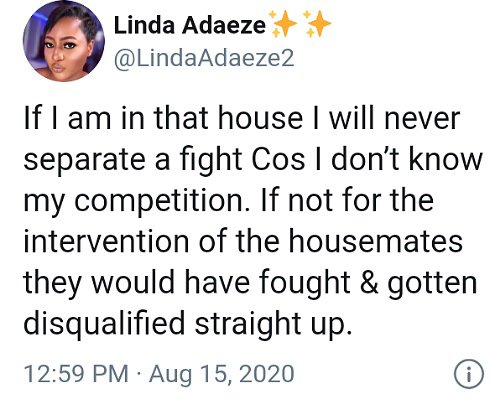 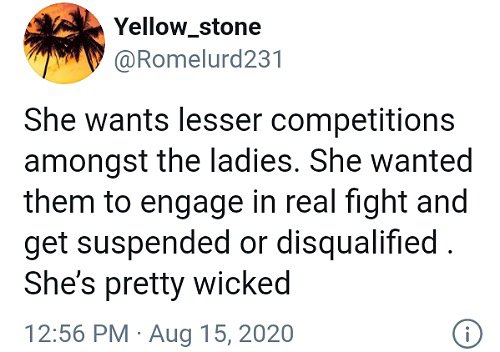