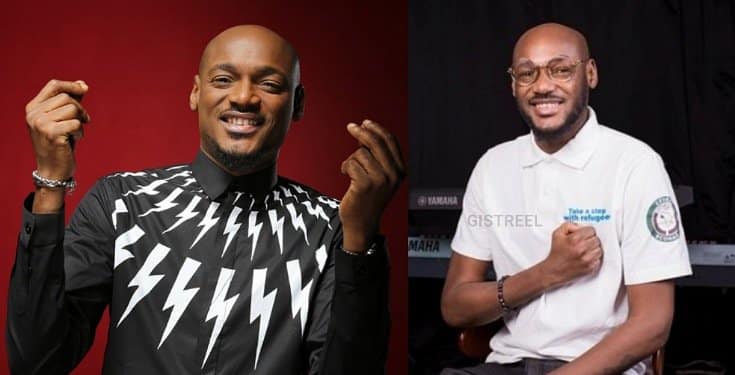 The Office of the United Nations High Commissioner for Refugees (UNHCR) made the announcement today June 23. 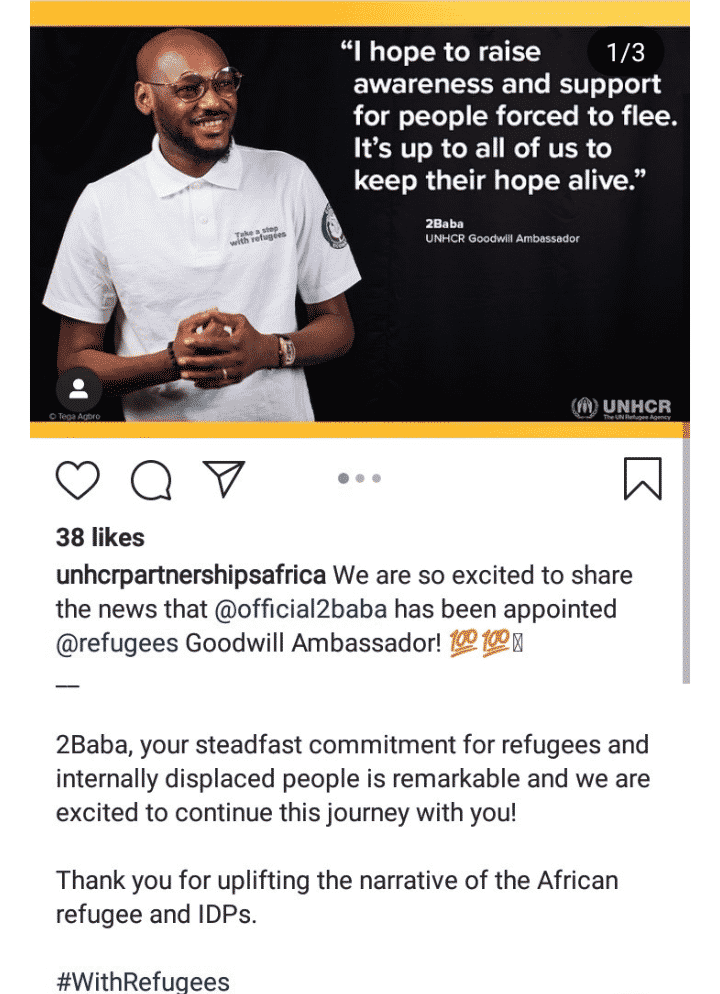 2Face also known as 2Baba has confirmed the news on Instagram. He wrote; “I am honored and humbled by my new appointment as a regional goodwill ambassador of UNHCR.

“Thanks for the recognition, this will no doubt deepen my commitment to supporting the effort of UNHCR personnel and volunteers who are on ground every day, working hard to provide support and hope to millions of forcefully displaced persons across the world. Blessings one and all.” 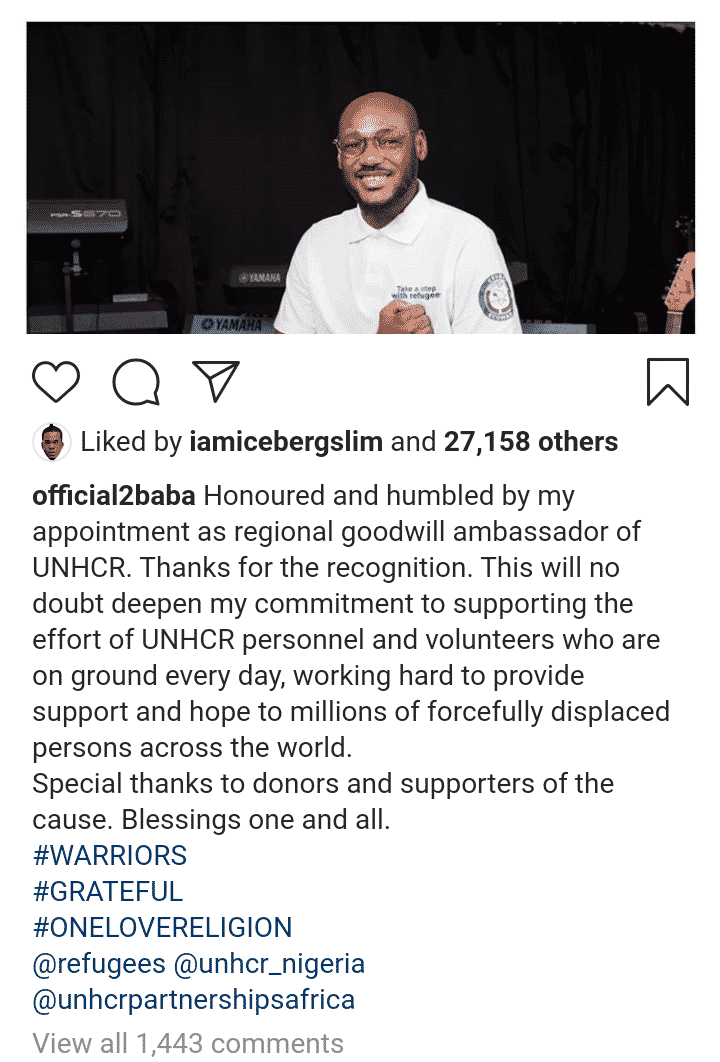 Speaking in a video posted by UNHCR, Idibia said the recognition has placed a huge task on his shoulders but believes he’s equal to the task.

The United Nations recognized the singer as her Refugees Goodwill Ambassador because of immense role he has been playing in the lives of internally displaced persons in Nigeria especially in North-East.

Swipe to watch the video below;

We are so excited to share the news that @official2baba has been appointed @refugees Goodwill Ambassador! ??? __ 2Baba, your steadfast commitment for refugees and internally displaced people is remarkable and we are excited to continue this journey with you! Thank you for uplifting the narrative of the African refugee and IDPs. #WithRefugees