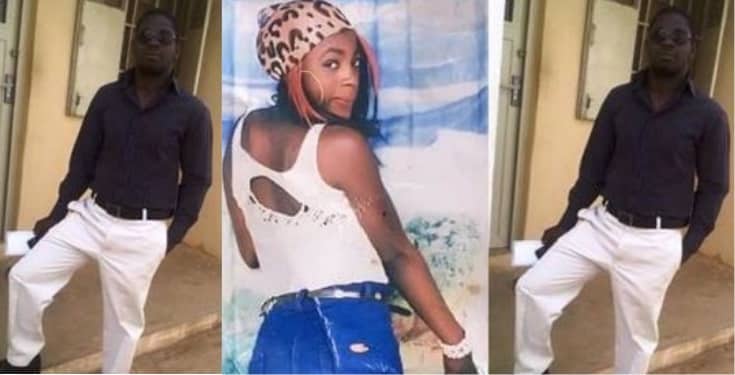 A 33-year-old graduate of Geology and Mining from the University of Jos (UNIJOS) and construction worker, Oladipo Oyefemi, has been arrested for allegedly killing a 24-year-old hooker, Patience Musa.

According to reports, Oyefemi picked Patience at the West of Mines area of Jos, around midnight on May 31, 2019, allegedly for a night of fun, with an agreement to pay her N3,000 for the night. .

Oyefemi, however, allegedly killed the woman while she was in his apartment and tried to dump her body. He was, however, sighted by local vigilantes and arrested.

ALSO READ:   "You stayed even when I cheated on you" - Lady praises her husband

The family lawyer of the deceased, Mr. Ralph Monye, disclosed that the corpse of Patience showed that she was stabbed on her breasts, heart, neck regions and other parts.

He added that the marks on her neck suggested she was strangled. The suspect hasn’t given any reason for his action.