A Twitter user has narrated a story that alleged happened in Ijebu-Igbo, Ogun state, between two married men who were cheating with each other’s wives.

According to the Twitter user, one of the men found out a married man was having an affair with his wife. Rather than confront his wife and her married lover, he decided to start an affair with the man’s wife.

After he achieved his aim, he went to the Mosque on a day when his rival was also there, took the mic and announced to the man and the entire Mosque that he was also sleeping with the man’s wife. This led to a fight, @OlaseniOladejo claimed.

Read his tweets below. 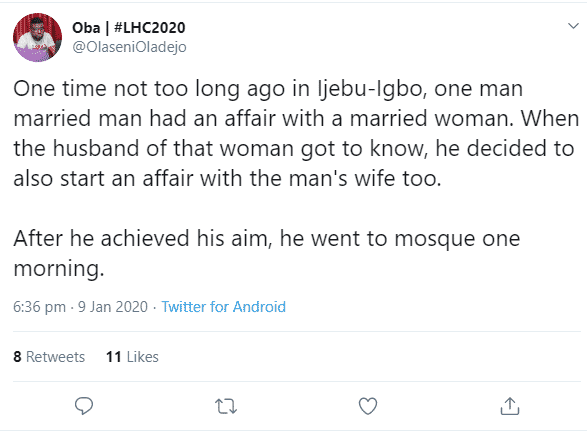 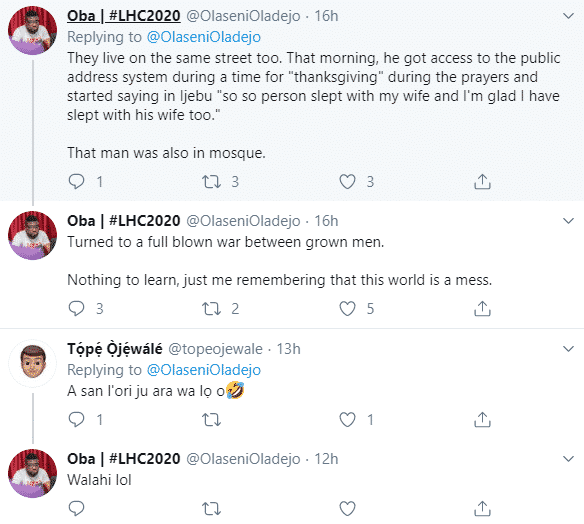