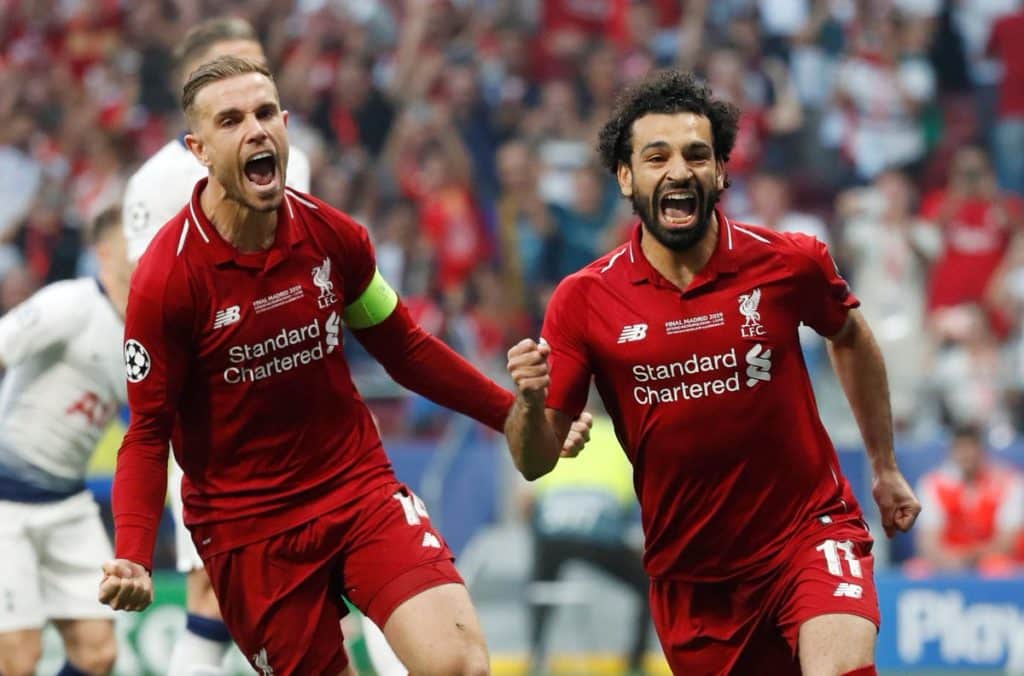 Jurgen Klopp ended his and Liverpool’s wait for silverware as Mohamed Salah and Divock Origi bookended a 2-0 win over Tottenham.

Mohamed Salah put last season’s final heartbreak behind him by setting up a 2-0 win over Tottenham in Madrid and a sixth Champions League triumph for Liverpool.

Egypt star Salah was infamously injured in a challenge with Real Madrid captain Sergio Ramos before the Reds subsided to a 3-1 defeat in Kiev 12 months ago but grabbed the opener in a largely forgettable contest at the Wanda Metropolitano.

Liverpool and their Premier League counterparts played in fits and starts thereafter, with Spurs enjoying their most consistent spell of pressure before substitute Divock Origi added to his semi-final brace against Barcelona by drilling clinically into the bottom-right corner three minutes from time.

After a moment’s appreciation was observed for the late Jose Antonio Reyes the game began in dramatic fashion.
Sissoko errantly brought his arm away from his body and, under the current interpretations of the handball rule, was always likely to be punished once struck by Sadio Mane’s chipped cross.

Trent Alexander-Arnold sent a low drive whistling wide in the 18th minute and the Liverpool defender made a vital intervention as Son Heung-min threatened to go through on goal shortly afterwards.

Lloris tipped over from the Reds’ other full-back, Andy Robertson, as a scrappy first-half yielded no further goals.

Alexander-Arnold intervened to thwart Son once more after the break, with Klopp’s decision to send on Origi and James Milner suggesting a focus upon containment.

But Milner almost gave the Reds breathing space when he drove narrowly wide from 18 yards in the 69th minute.

It fell to Origi to make sure for Liverpool and he made no mistake with a sweetly struck left-footed effort after Tottenham failed to clear a corner and Joel Matip nudged the ball into his path.