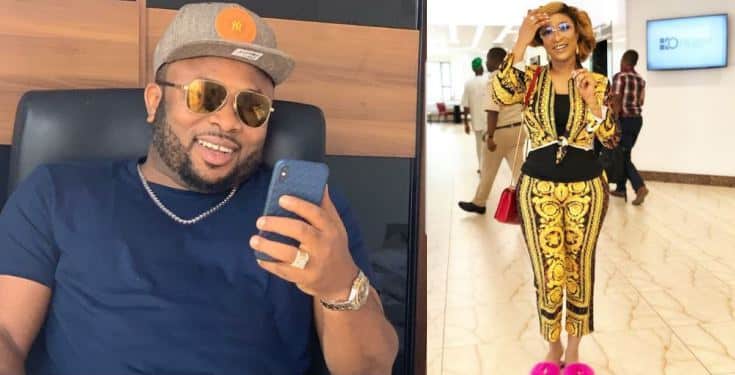 Olakunle Churchill has revealed plans of getting married again after his crashed marriage with controversial Nollywood actress, Tonto Dikeh.

Churchill made this revelation via an online reaction when he was asked if he would get married again. In his response he said, “if God directs my steps to the right marital pathway, I would ofcourse”. 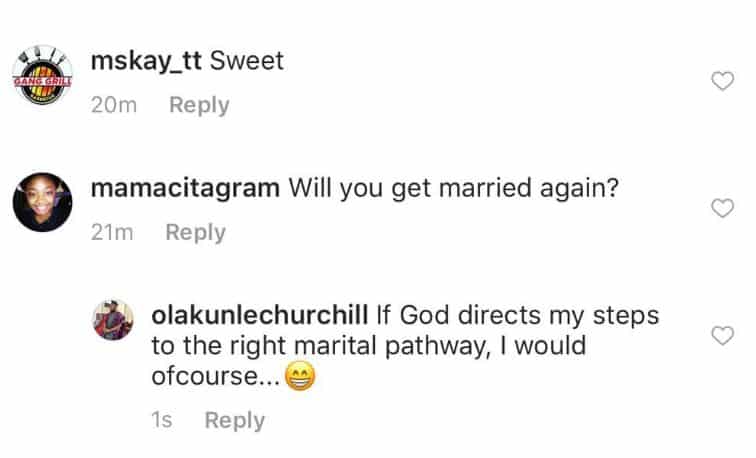 Churchill was married to actress Dikeh, who gave him a son, King Andre and few months into the marriage, it crashed and they got a divorce.

Since then Churchill has continued to make efforts to live up to his responsibility as a father, irrespective of the lingering marital crisis and unconfirmed accusations initiated by his ex-wife to drag his image.

In a post from a fan, it was cited that Churchill has told his ex-wife several times to move on with her life and forget about him, instead of generating issues to keep them in the public spotlight.

However, with his intentions of getting married again, we wonder the kind of drama that would come up this time