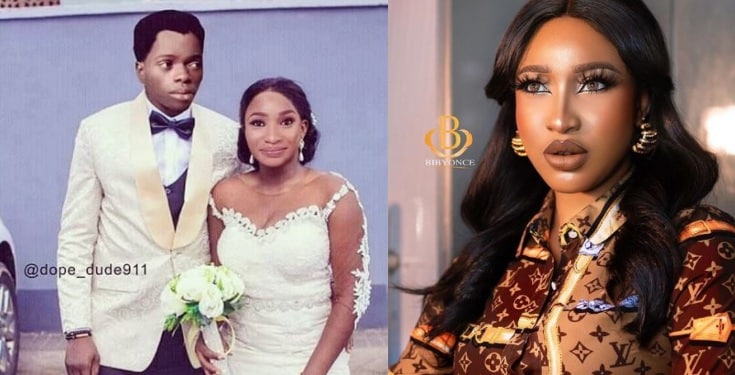 Nollywood actress, Tonto Dikeh while reacting to a photoshopped image of her getting married to Bobrisky, threw a jab at her ex-husband again.

The mother-of-one shared a photoshopped image of her with Bobrisky then included a caption that mocked her ex-husband, Olakunle Oladunni Churchill.

“The wedding I didn’t pay for,” the caption reads in part, adding, “Bob with you atleast I know say I no go spend one naria to marry you!!! #Mymoneysaved” 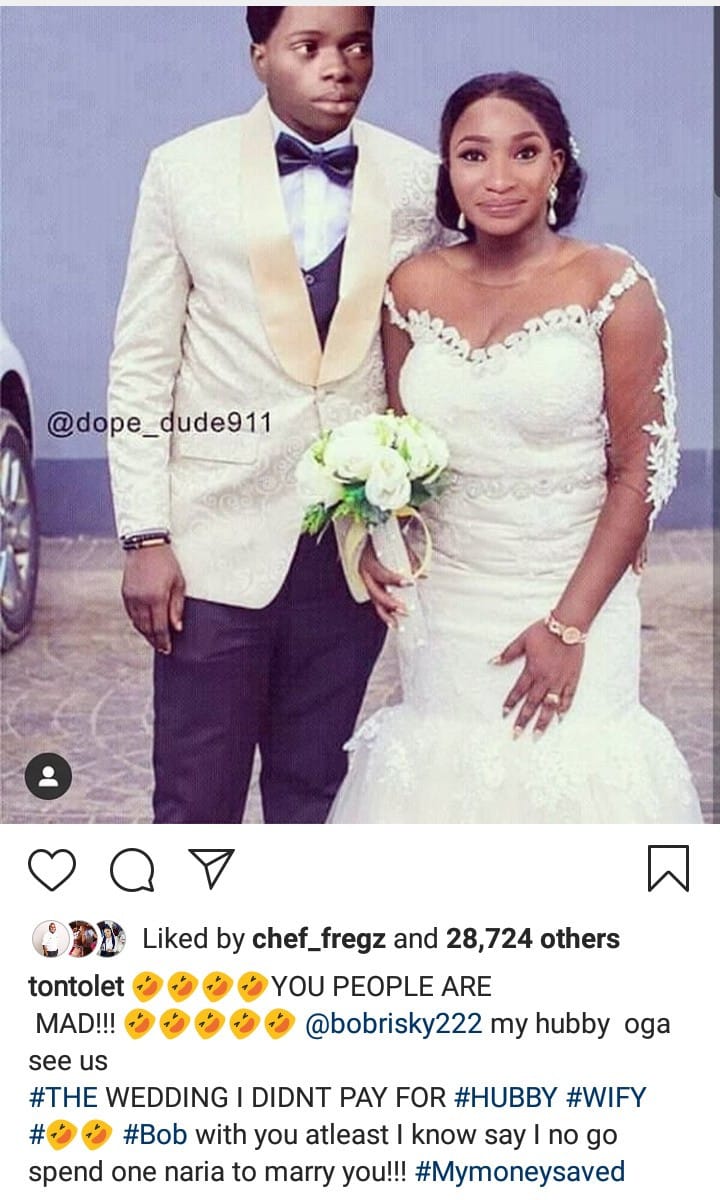 Recall that Tonto Dikeh revealed that she was the one who sponsored her wedding to Churchill and paid for everything down to her groom’s shoes.

Churchill, while reacting to this, said what they had wasn’t exactly a wedding but a traditional introduction to make things official since Tonto was already pregnant. But he didn’t deny that she paid for it.

“When I started talking to him, I didn’t need a psychologist anymore” – Doyin...

“This is very insensitive” – Cross chides Aisha Buhari for posting daughter-in-law’s graduation in...

“I’ve never received birthday present from any of my boss” – Dorcas Fapson’s PA...

Don’t fall for that lying religious spirit – Femi Jacobs tells those who secretly...

Eyewitness recounts how side chick gave wife who accosted her smack down, rendering her...

“I look up to just Wizkid in Nigeria” – Asake says in throwback interview...