Nollywood actress, and mother of one, Tonto Dikeh has mocked her estranged husband, Olakunle Churchill who stated that he’s a tireless machine.

He made this known in response to Tonto Dike’s interview with Daddy Freeze of cool FM in which the actress called him a 40 seconds man in bed.

However, Churchill who refuted the actress claim of being a 40 seconds man, stated that he’s a tireless machine during marathon.

He also revealed that he’s an ex-military man.

See screenshot below for what Olakunle said and how Tonto Dikeh the mother of his child responded on Instagram. 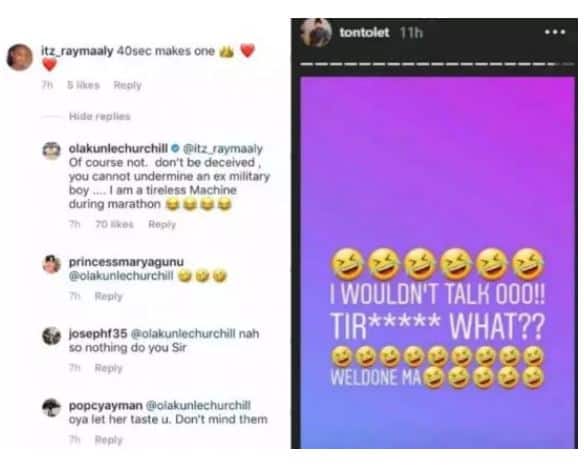