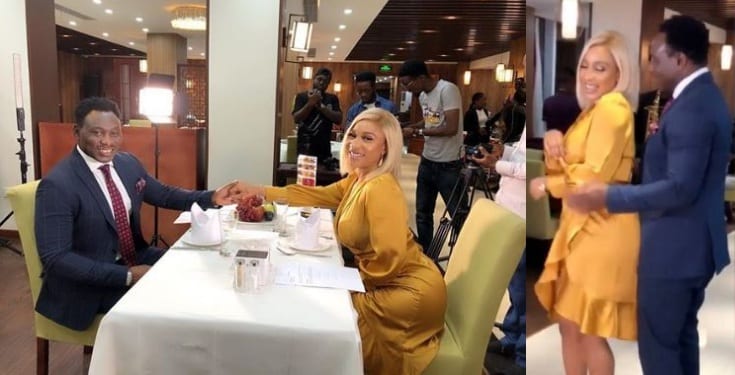 It looks like Nollywood actress, Tonto Dike is opening her heart to love again after it was broken by her estranged husband, Churchill.

The mother of one, went on a date with Nigerian football legend, Daniel Amokachi in Abuja on Thursday evening and she enjoyed the dinner so much that they had a dance afterwards.

Earlier in April, Tonto Dikeh denied reports that she illegally sold an SUV belonging to her ex-husband, Olakunle Churchill.

This came after Olakunle submitted a petition via his legal team to the office of the Inspector General of police claiming that he acquired the Toyota Prado SUV worth N22M for his organisation, Big Church Group.

He added that the actress has since forged ownership papers and sold the vehicle.