Team Nigeria’s Chukwuebuka Enekwechi fails to win a medal in the men’s shot put final at the ongoing Tokyo 2020 Olympics on Thursday. 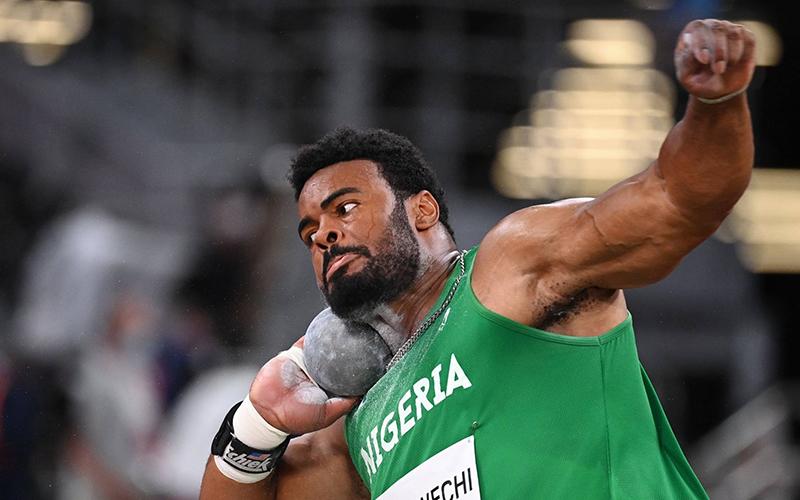 Nigeria who ranked 68th on the medal’s table with a silver and bronze were hoping to shrug off the disappointment of crashing out in two wrestling and one canoeing event on Wednesday as Enekwechi lined up for the final.

However, The Nigerian athlete finished 12th after throwing 19.74m on his third attempt.

He fouled in his first attempt, and on his second, he’s thrown 18.87m.

Enekwechi made history on Tuesday when he became the first Nigerian to qualify for the final of the shot put event.

Meanwhile, World record-holder Ryan Crouser of the United States broke his own Olympic record to retain the men’s shot put title on Thursday.

The American managed a best of 23.30 metres on his sixth and final effort, a new Olympic record after his five previous attempts had also all gone beyond the 22.52m that saw him win gold at the 2016 Rio Games.

After his victory was confirmed, he quickly ran to his kit bag, donned a cowboy hat and showed to the television cameras a sheet of paper on which was written: “Grandpa, we did it, 2020 Olympic champion.’