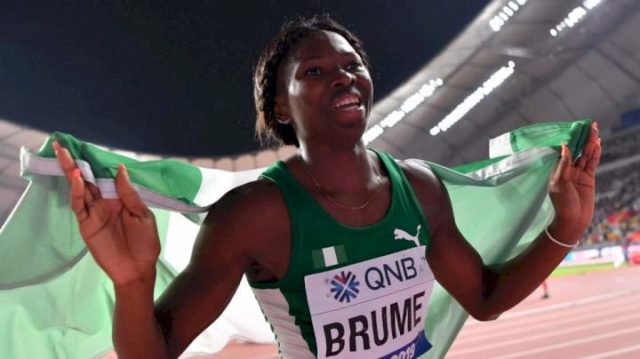 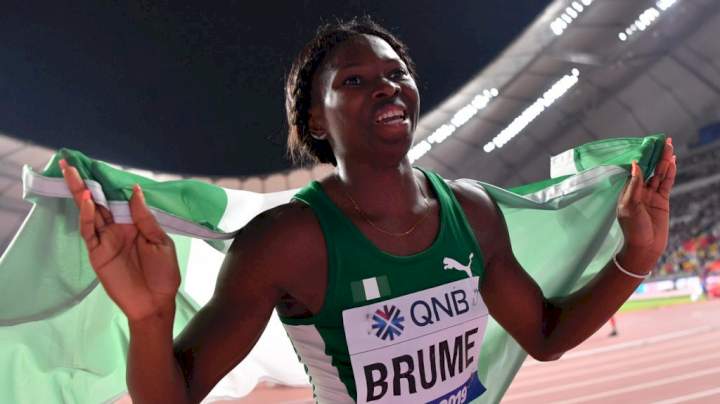 Brume jumped 6.97 meters to clinch the bronze medal in the long jump event.

The world championship bronze medalist became the first athlete to claim an Olympic medal for Nigeria in 13 years.

The African Record holder leapt to a distance of 6.76m, 1cm more than the required mark to seal her place in the final.

Brume became Nigeria’s only athlete in the jumps, following the disqualification of Ruth Usoro by the Athletics Integrity Unit (AIU).

She was also Nigeria’s only medalist at the last World Championship in Doha.

Ahead of the Olympic Games, Brume broke Chioma Ajunwa‘s long-standing record of 7.12m.