Over the weekend, actress Tonto Dikeh claimed that Timi Frank gifted her an amazing AP wristwatch and an apartment for her son in Dubai. 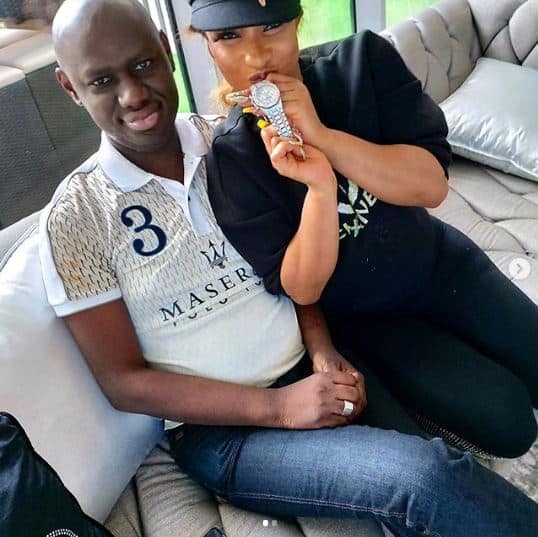 However, Timi has refuted Tonto’s claim, saying the actress took his watch and posted it on Instagram without seeking for his consent.

An insider who disclosed the news, said that the actress aim is to spite her haters but it backfired.

‘Timi that has been laying low in Dubai has been pulled out by Tonto…He does not have any apartment to himself,talk less of gifting Tonto’s son one..it is not true and he is very upset about the publicity and attention the post brought him..His phone did not stop ringing’, the insider wrote.