Nollywood actress, Eniola Badmus is under attack by her followers on Instagram for allegedly holding onto a sponsors N500,000. 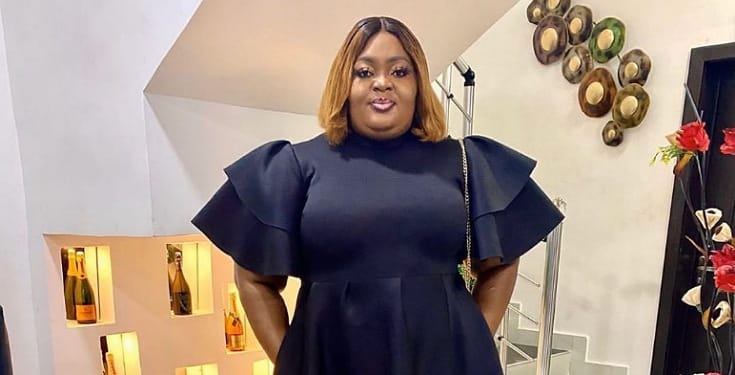 According an Instagram blog, Eniola Badmus was given N500,000 to share to some poor Nigerians to help cushion the effect of COVID-19 in the country and she held onto the money after the sponsor refused to pay her N150,000 for the giveaway services.

The Screenshots of the DM leaked online shows that Eniola Badmus only mentioned the 150,000 charges after the man had sent the money.

She had already posted the 500,000 giveaway on her Instagram page before the deal went sour.

To worsen the case, Eniola Badmus has allegedly blocked the sponsor from reaching her.

See some screenshots below… 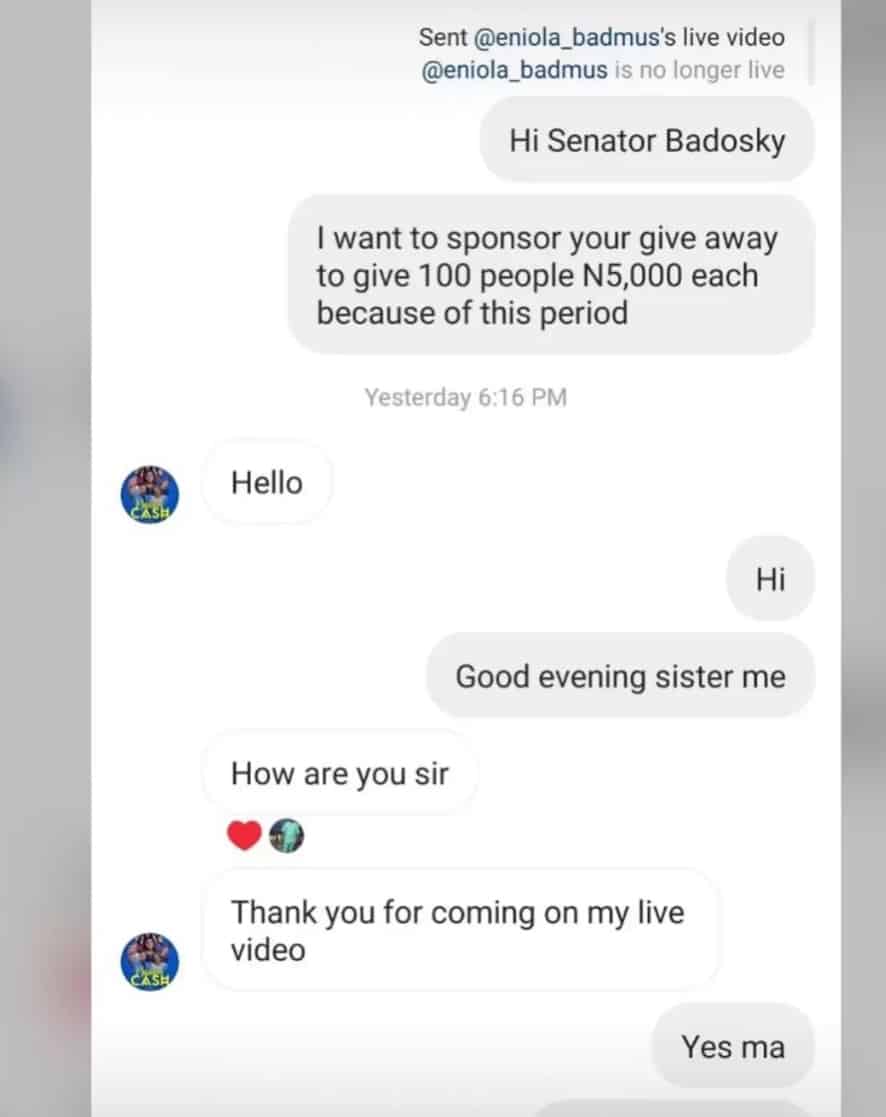 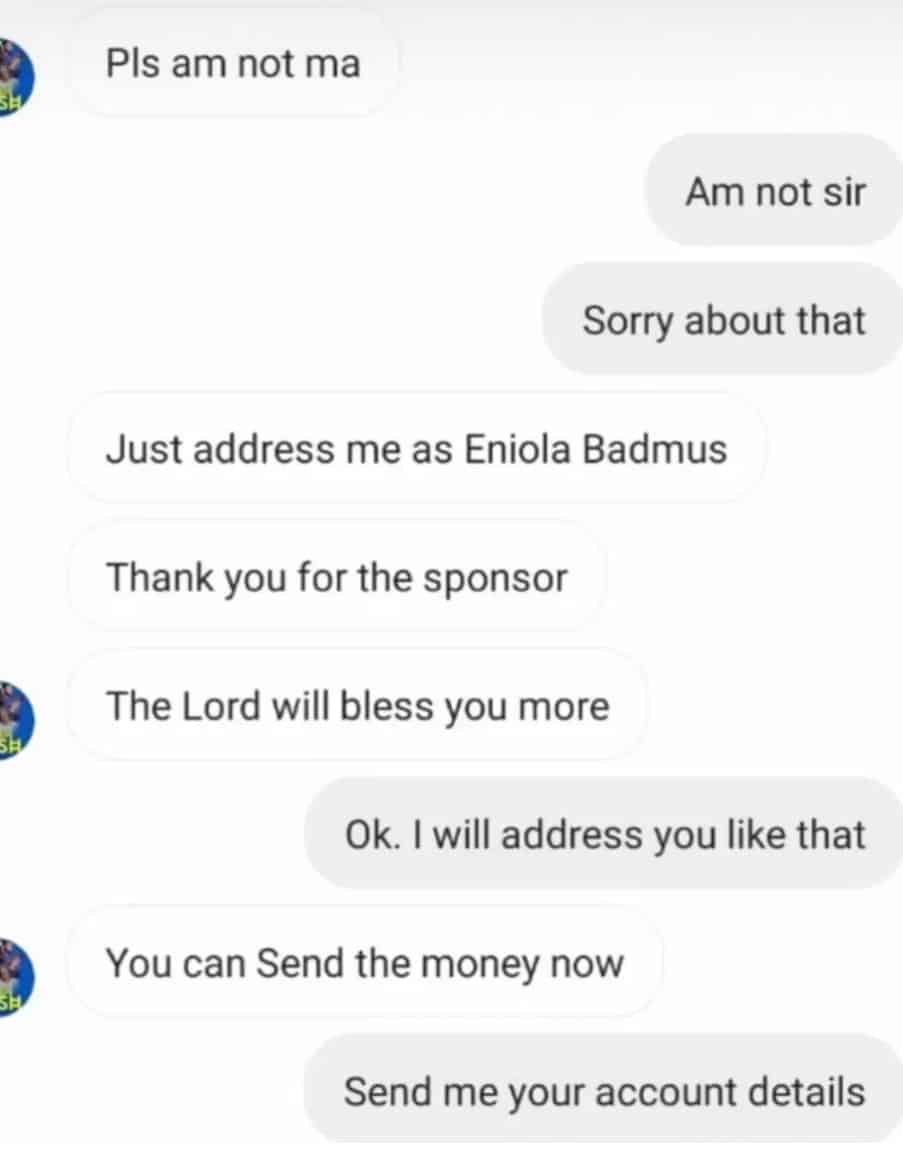 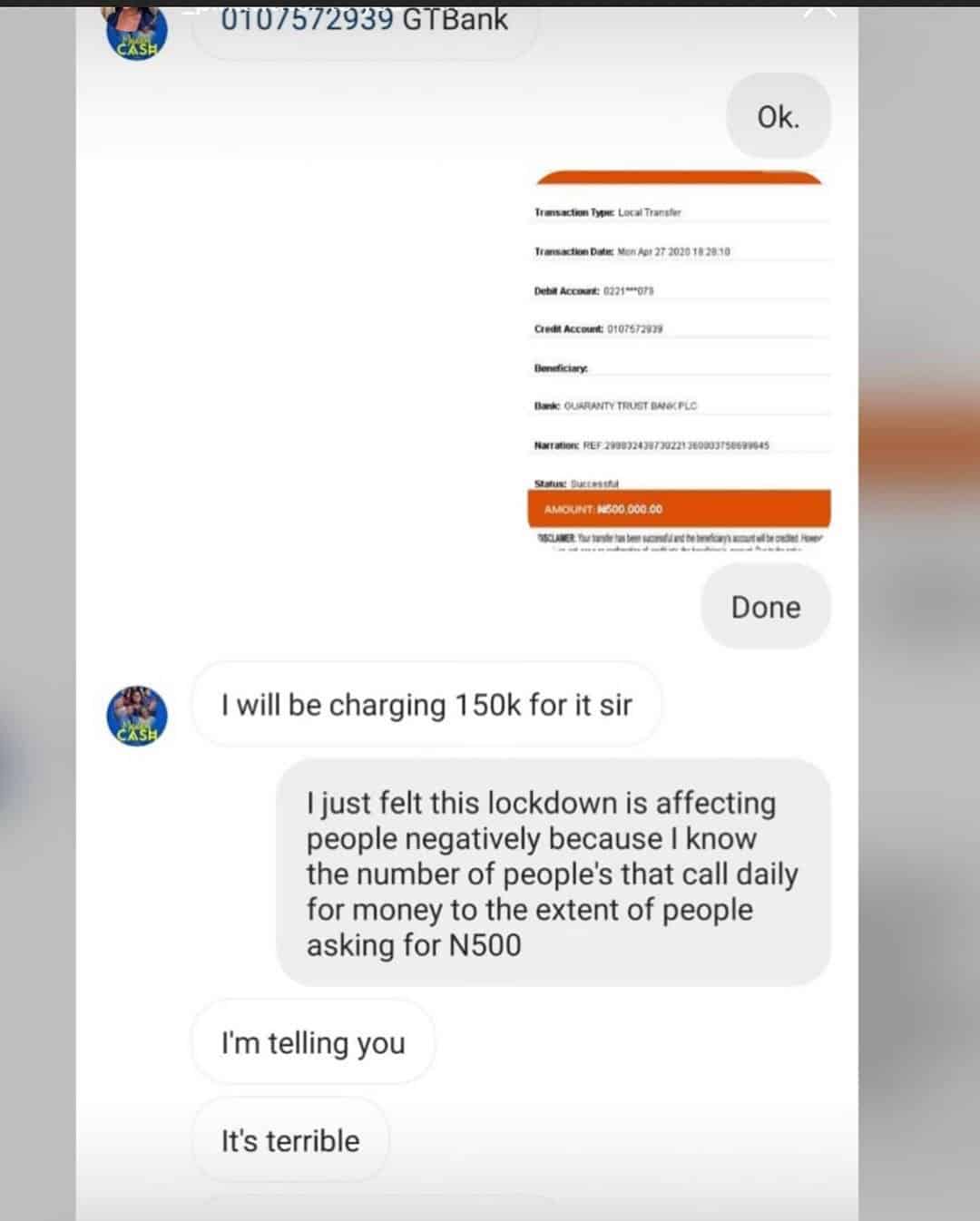 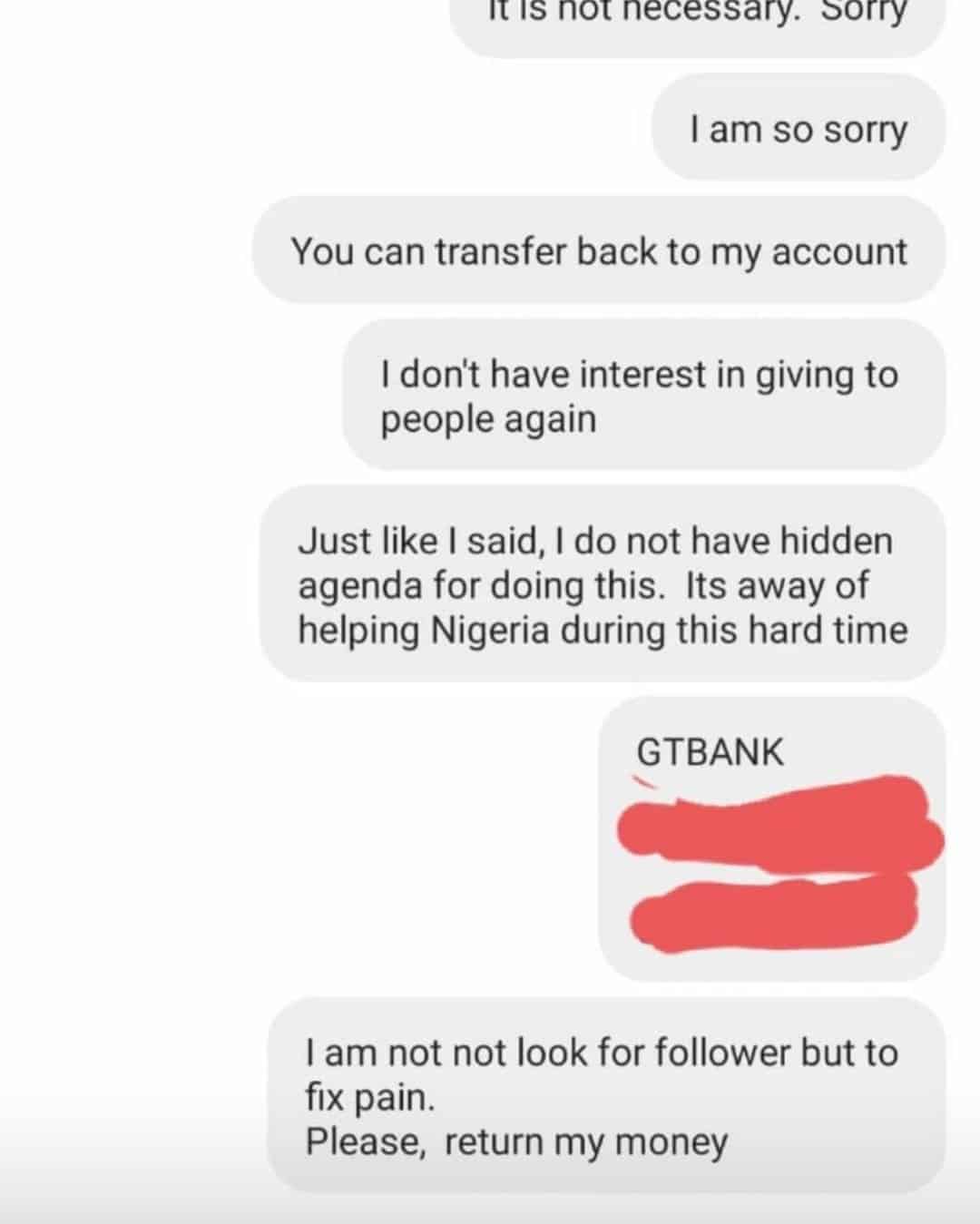 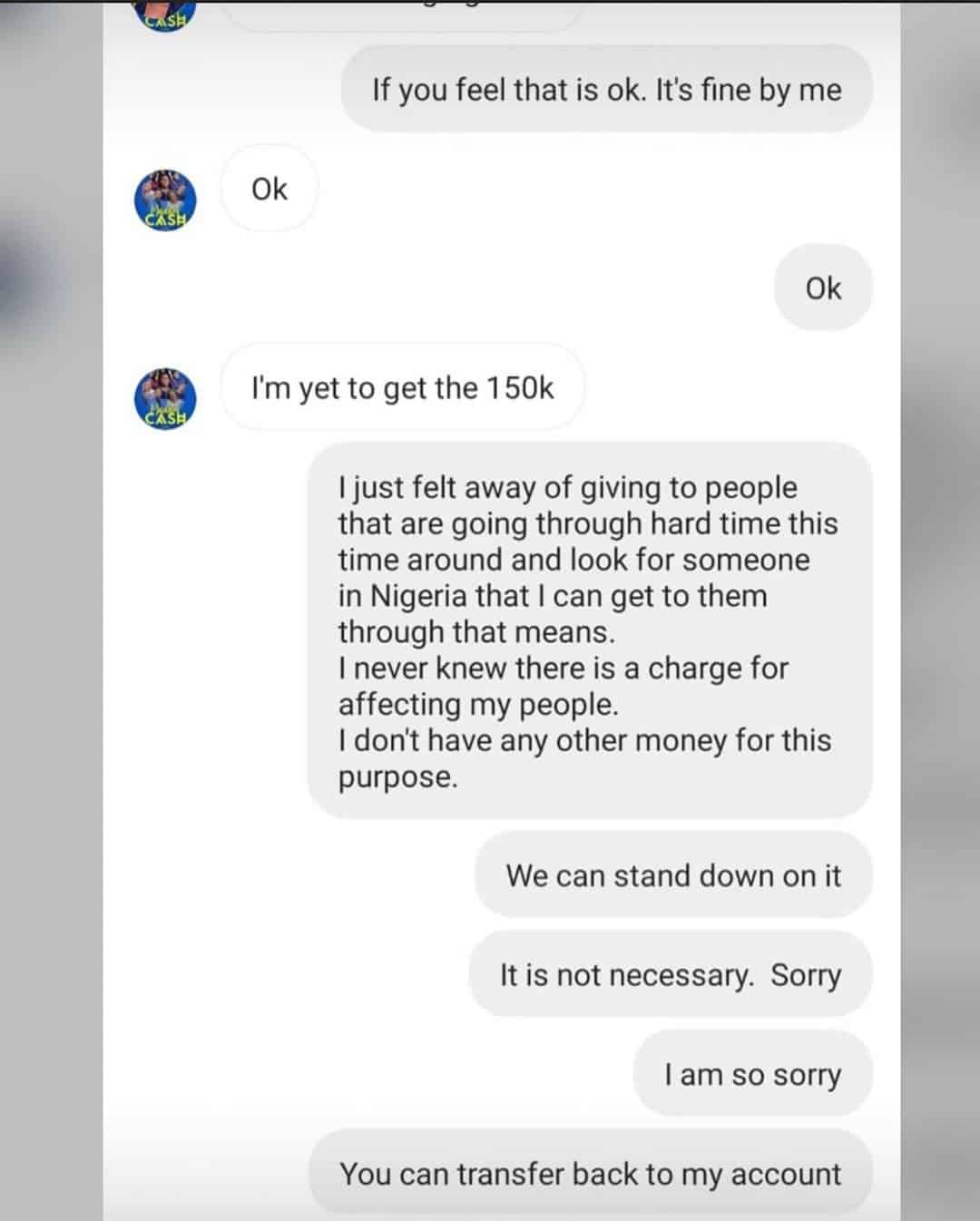 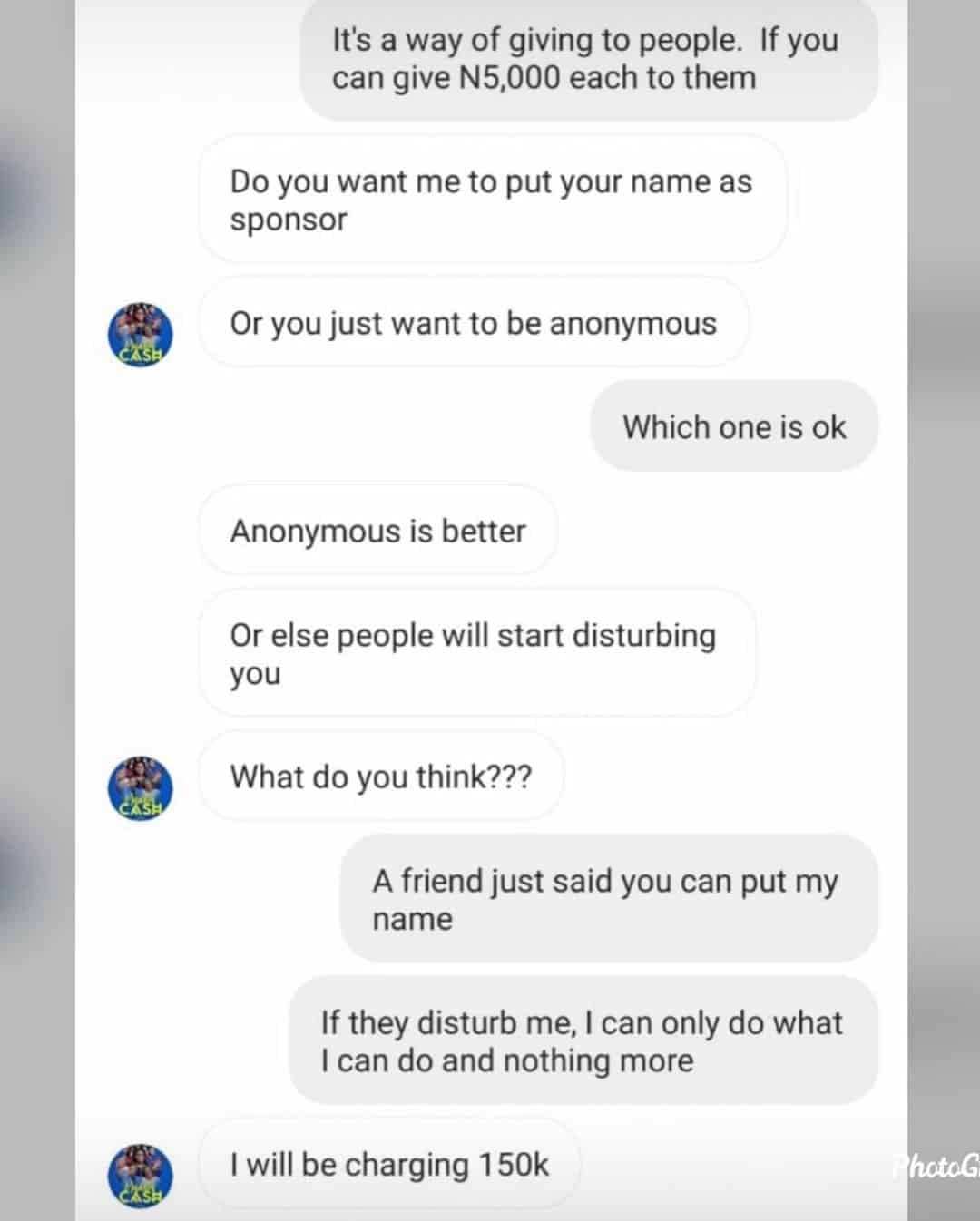 As expected, angry fans have been flooding her comment section with different insultingly words. 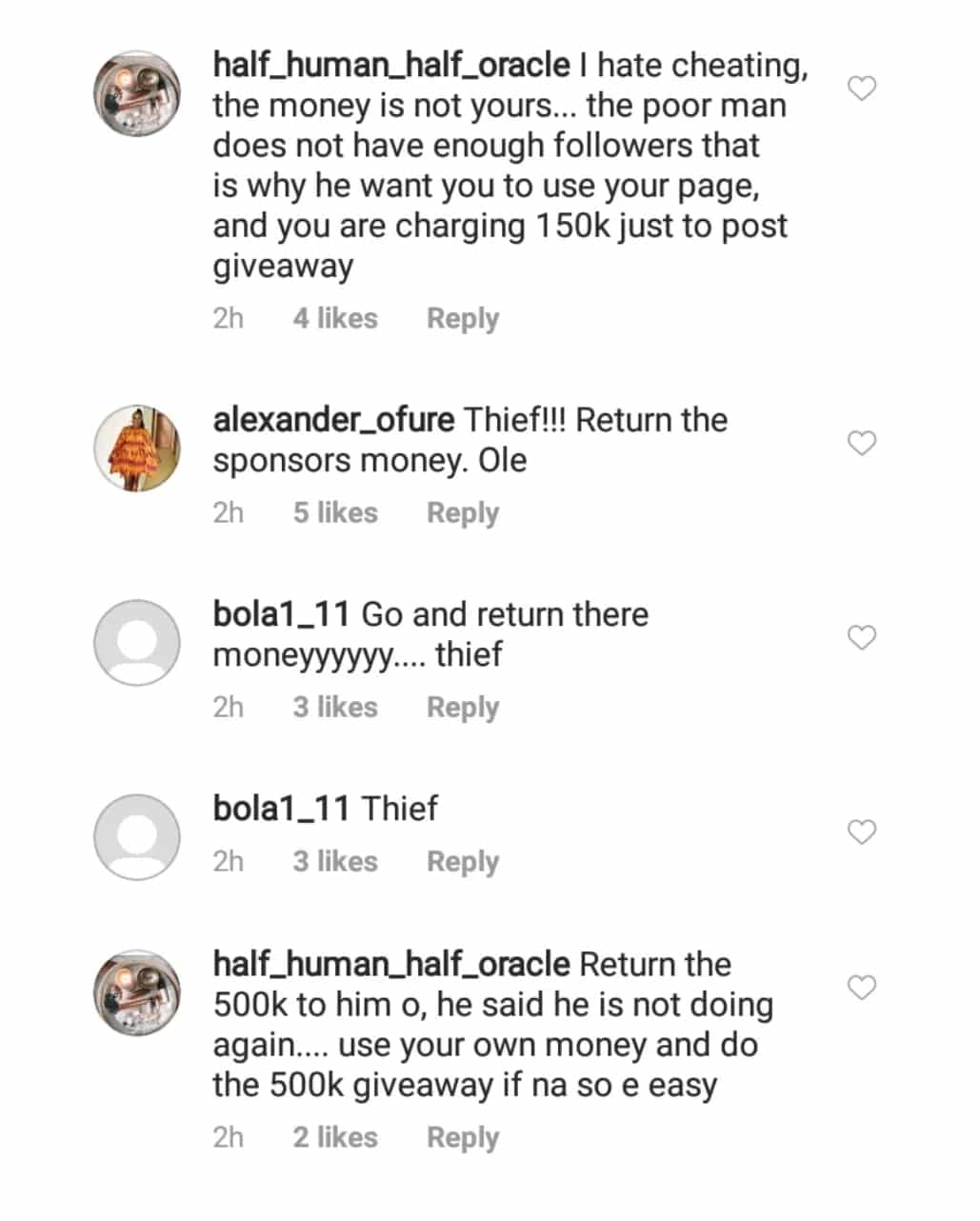 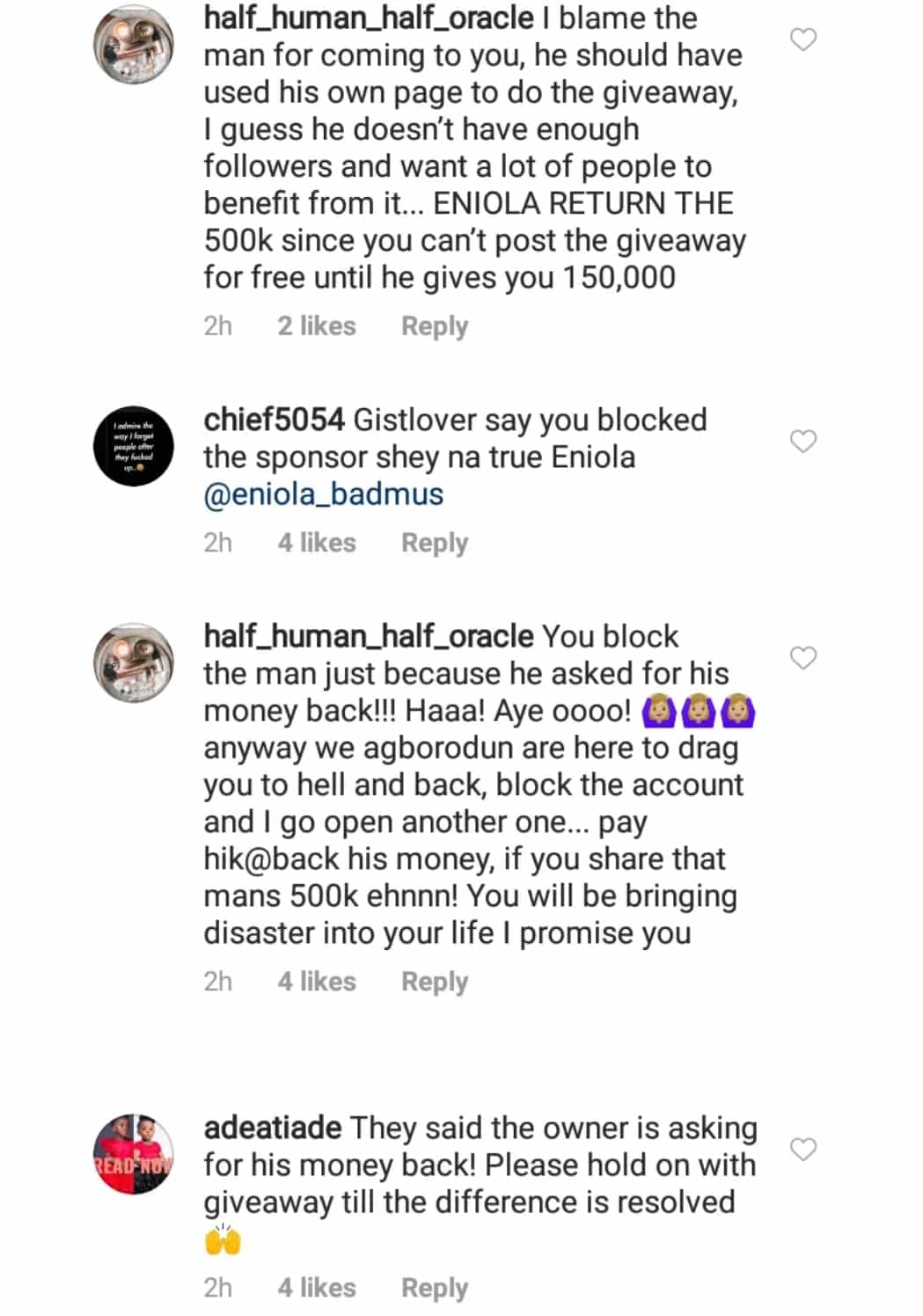 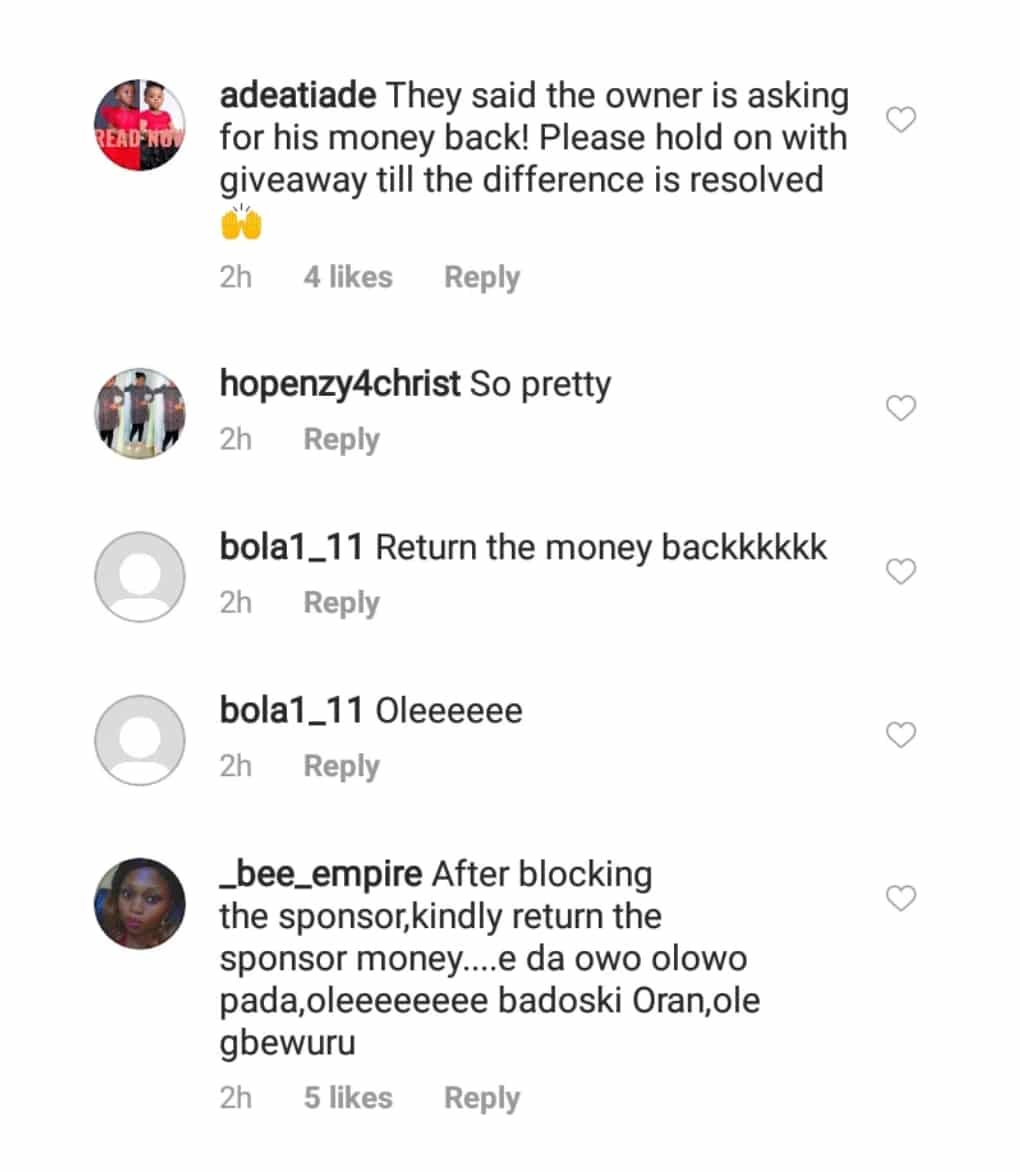 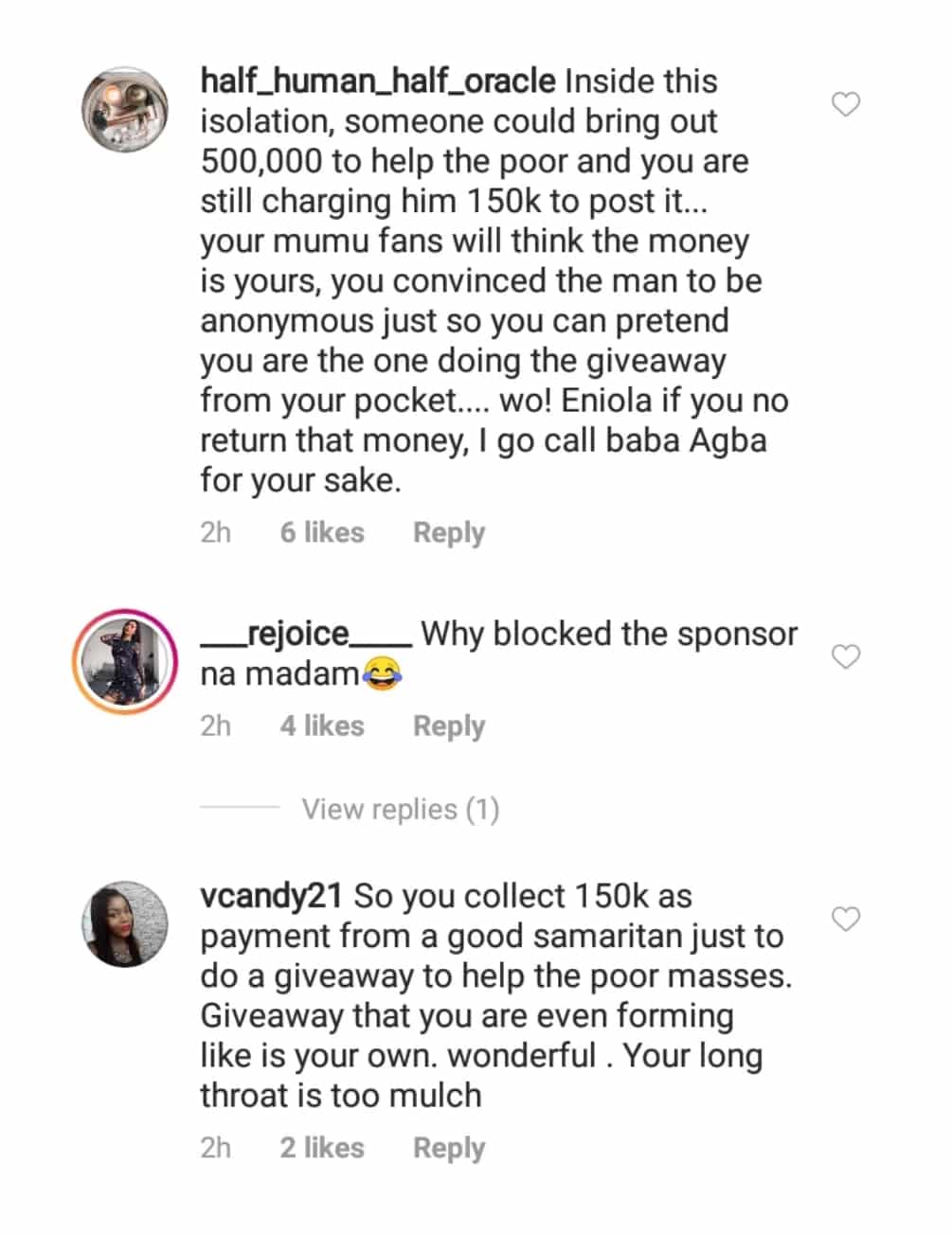