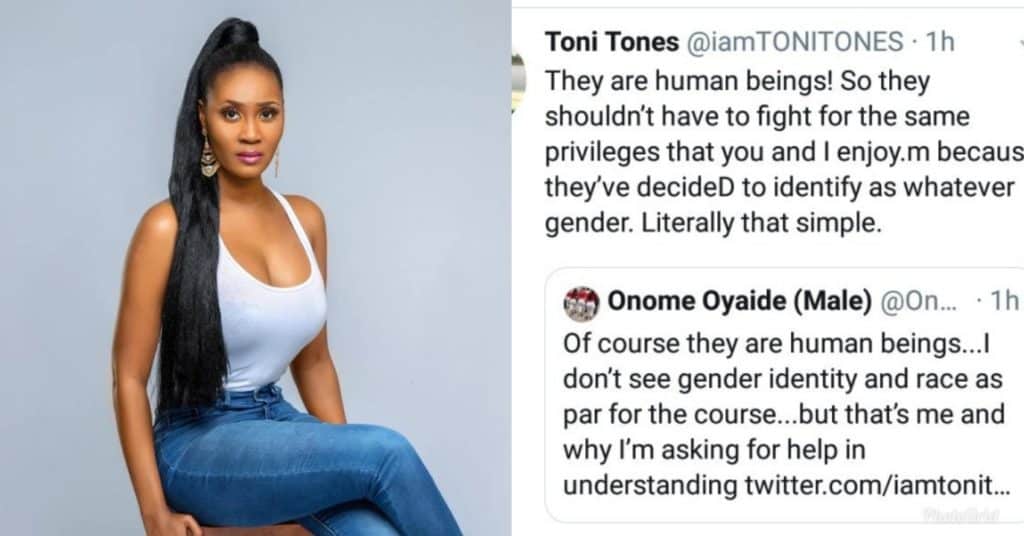 Top grossing Nollywood actress, Toni Tones has defended and demanded for equal rights to be enjoyed by transgenders in the society.

She did this while reacting to posts shared by a Twitter user. Toni stated that transgenders deserve to fight for equality because they are humans, hence deserve equal treatment like everyone else.

As it’s evident the discrimination, condemnation and critism transgenders face in the society with many having the impression they suffer from mantal instability hence shouldn’t be treated like normal human.

The actress has however disclosed her view on the matter claiming transgenders are human and should definitely be treated as such. 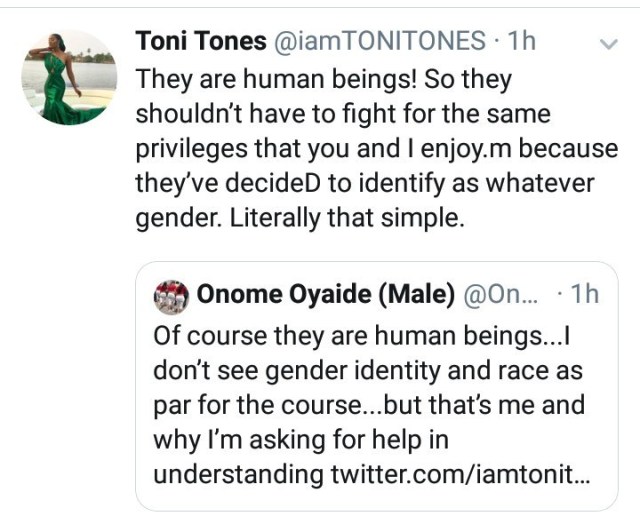 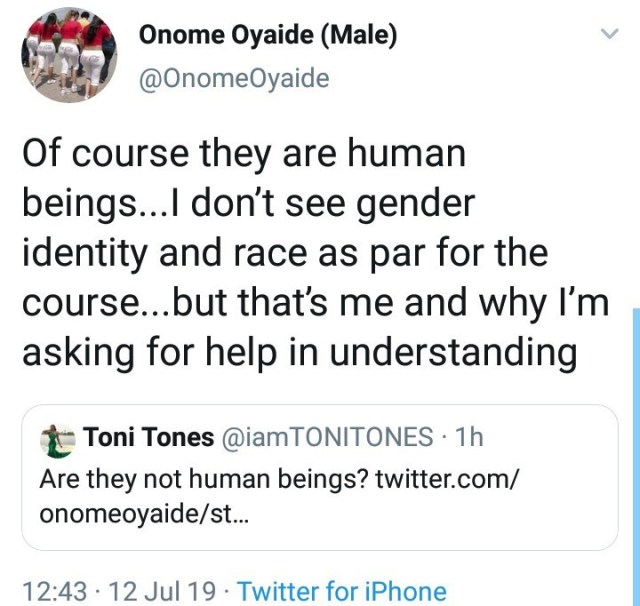