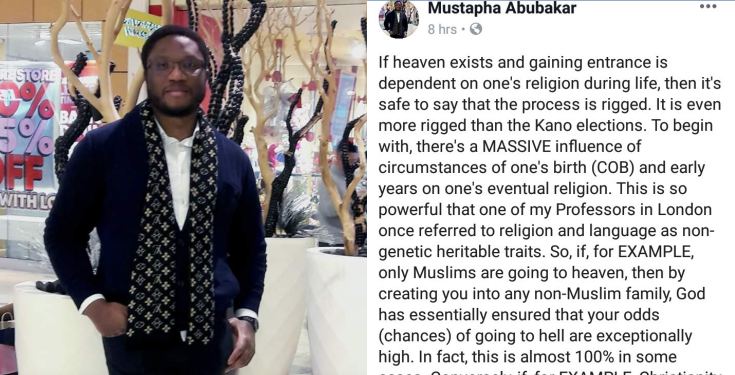 A Nigerian man has made an interesting observation about religion and eternity. Mustapha Abubakar, a Nigerian who lives abroad, wrote:

If heaven exists and gaining entrance is dependent on one’s religion during life, then it’s safe to say that the process is rigged. It is even more rigged than the Kano elections.

To begin with, there’s a MASSIVE influence of circumstances of one’s birth (COB) and early years on one’s eventual religion. This is so powerful that one of my Professors in London once referred to religion and language as non-genetic heritable traits.

So, if, for EXAMPLE, only Muslims are going to heaven, then by creating you into any non-Muslim family, God has essentially ensured that your odds (chances) of going to hell are exceptionally high. In fact, this is almost 100% in some cases. Conversely, if, for EXAMPLE, Christianity is the ‘right’ way to heaven, then the system of inheriting heaven has been rigged in favour of those born into Christian families and societies.

There’s something awfully too simplistic about this dichotomy, which has continued to plague humanity, pitching one group against another, that doesn’t sound right to me. Also, should it really be about the (religious) group and its doctrines or about the fundamentals of what it means to be a decent human being on this planet? 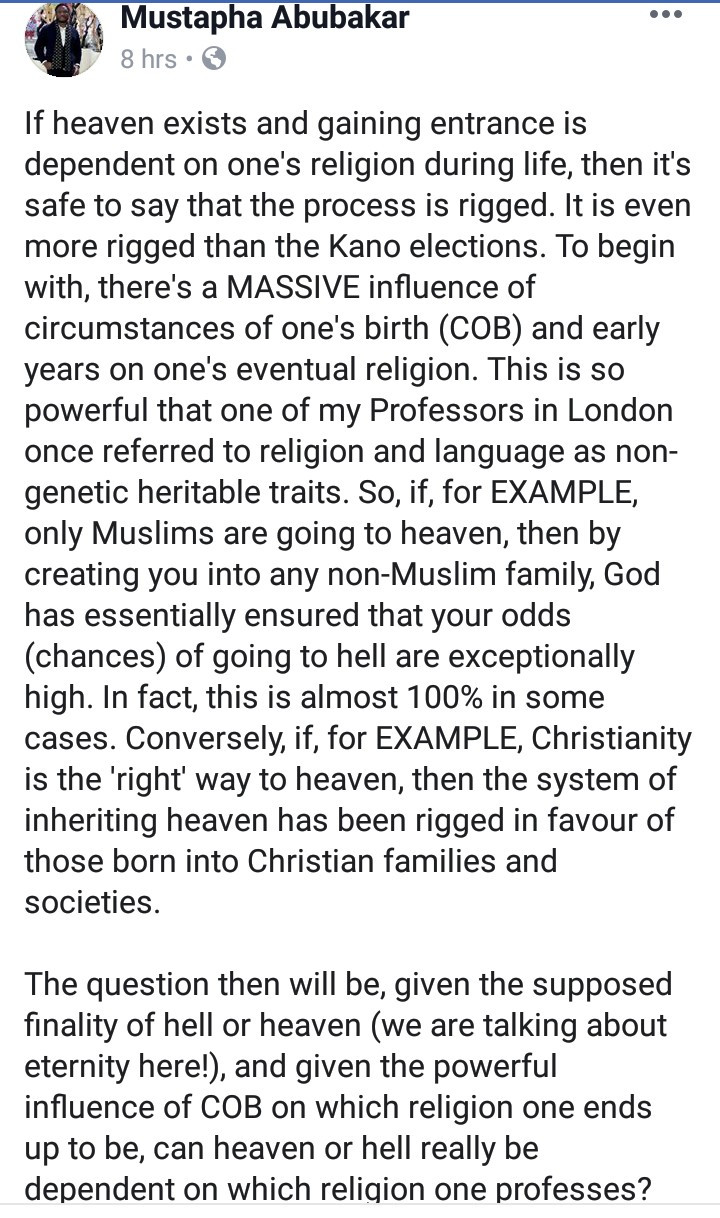 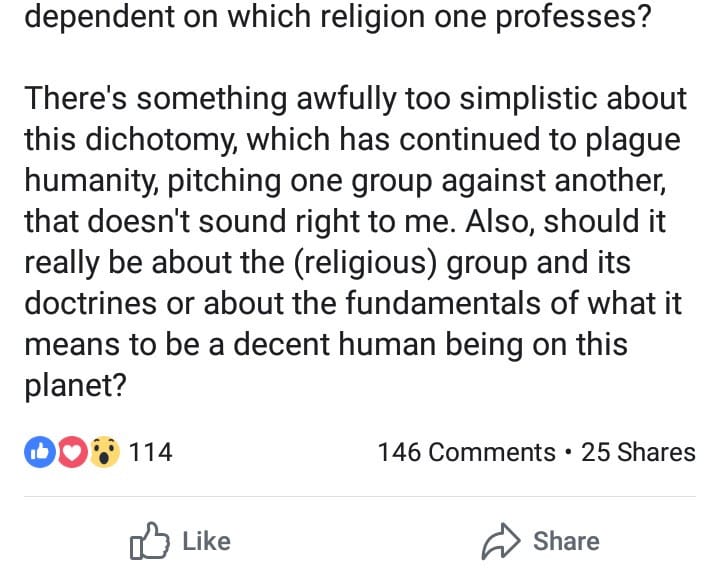