Three teenagers, 17, 19, and 20-year-old have been arrested during in the act of performing money ritual with the head of a young lady. 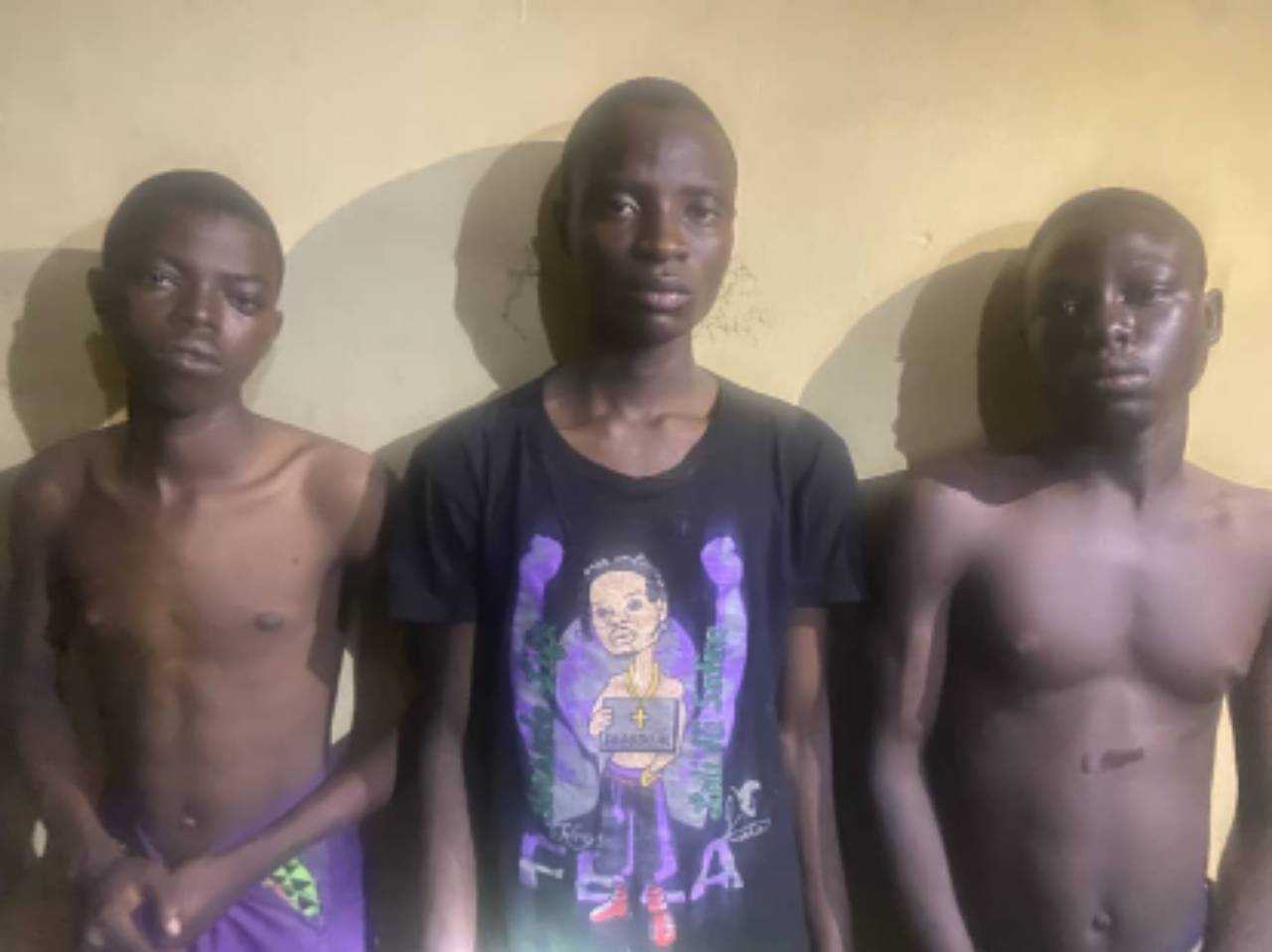 17-year-old Wariz Oladeinde from Kugba, 19-year-old Abdulgafar Lukman from Kugba and Mustakeem Balogun from Bode Olude, all in Abeokuta. Soliu who was the boyfriend of the girl ran, but was later arrested.

According to reports, the three young boys lured the a young lady, Rofiat, to an uncompleted building where her head was decapitated in Oke-Aregba part of Abeokuta, Ogun State.

Local authorities caught the teenagers while in the process of burning Rofiat’s head in a local pot for money ritual.

“We wanted to use just her head alone for money ritual. Soliu strangled her and he told me to assist him and we cut off her head,” Mustakeem  said.

All three have been arrested and handed to the police who arrived promptly to the call of the local vigilantes.