Joseph Israel , a 100 level student of the Taraba State University, has been expelled for consistently criticising the state governor, Darius Ishaku, on Facebook, PremiumTimes reports.

According to the outlet, the student had appeared before a malpractice committee which deals with issues of indiscipline and academic wrongdoings.

Mr Israel said when the committee confronted him over his criticism of the governor, he asked the committee if there is any law in the university stopping students from using social media and expressing their views on governance in the state. .

He claimed the committee could not provide an answer. He said he was asked to go until the investigation is concluded, only to be later expelled. 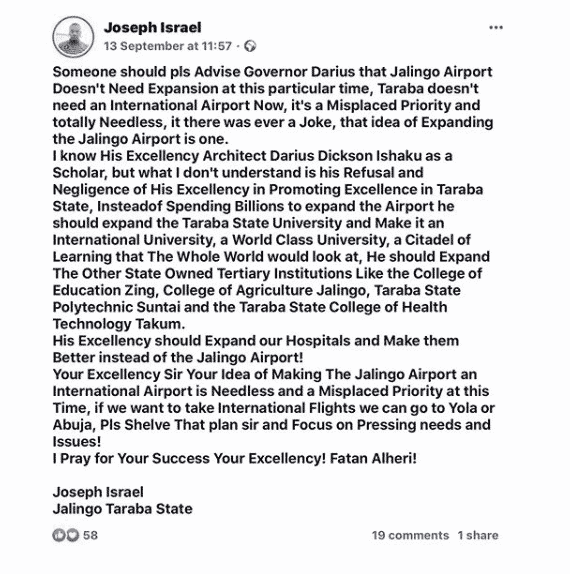