Two 100-level students of Taraba State University, Jalingo, have stirred reactions online after cooking and sleeping in their matric gowns. 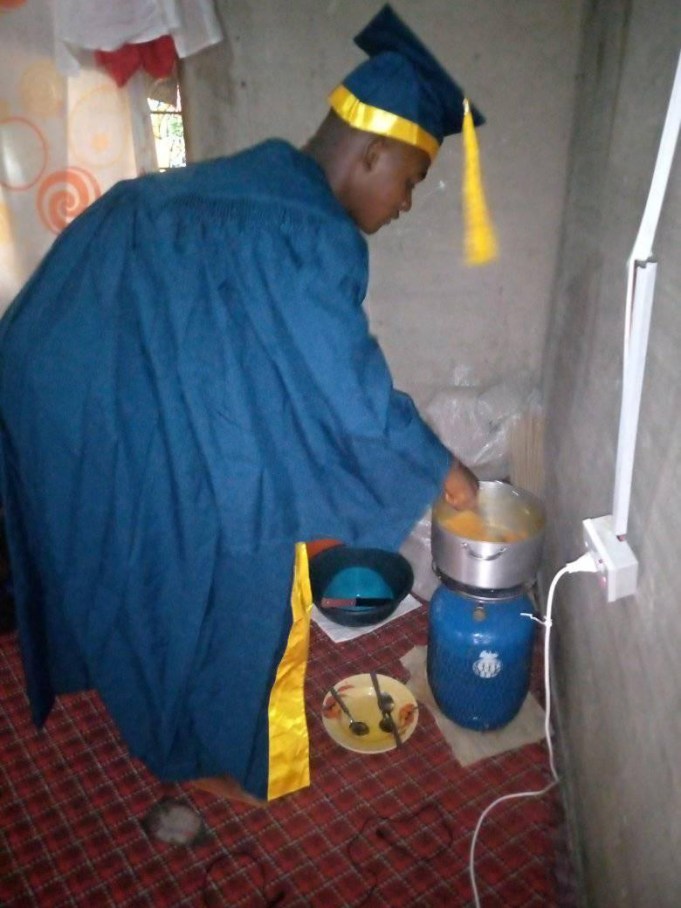 The newly matriculated students also revealed they had to sleep and cook with it, in order to fully maximize the N1,000 rental fee they paid the University for the matriculation gowns.

The undergraduates reportedly had their matriculation ceremony on Thursday, September 2, but they refused to return the gowns immediately because they had not expended the amount paid for renting the gowns.

One of the students, Sefanu Saaga, took to his Facebook page on Friday morning to share some photos of himself sleeping and cooking in his matriculation gown and captioned it: “My N1k never finish” 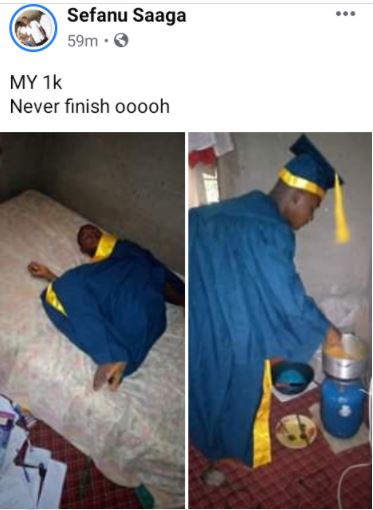 Meanwhile, another Facebook user also shared photos of another student of the same Taraba State University cooking and sleeping in the matriculation gown. 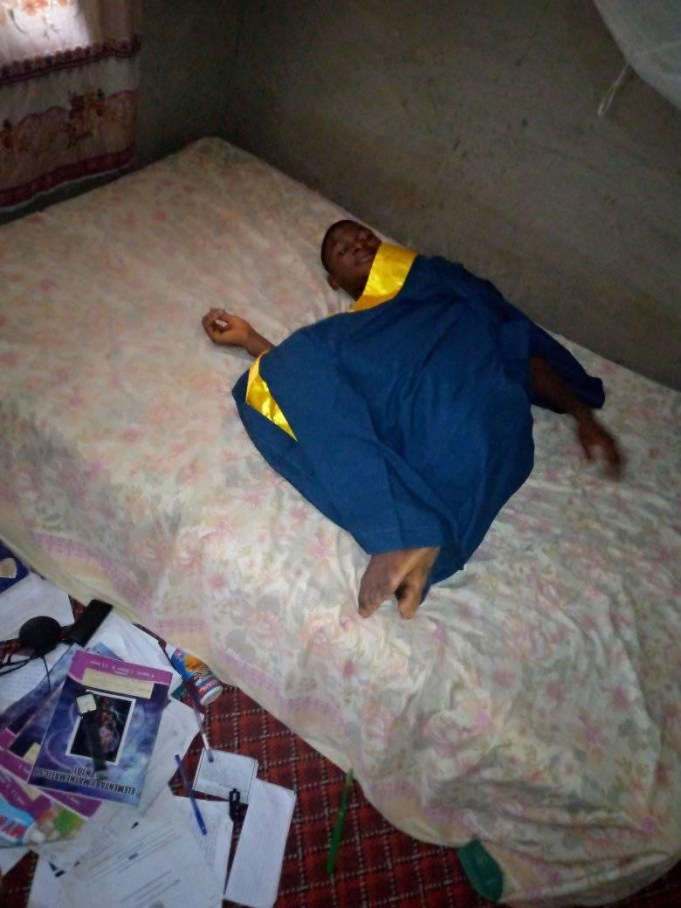 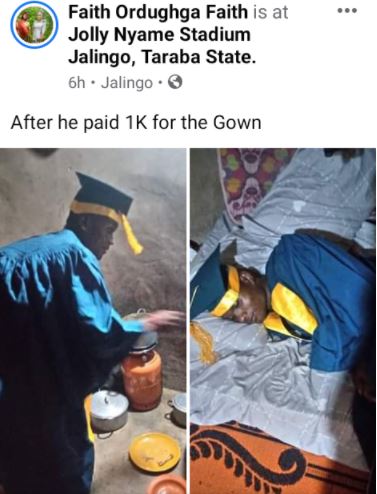