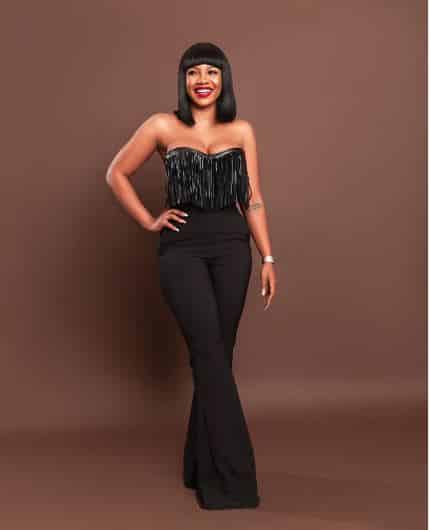 The controversial character has been getting gifts from her die-hard fans. With the latest edition of the iPhone in town, she has joined the list of celebrities to own the luxury phone.

The reality TV show star took to her Instastories to reveal the good news to her fans and unveiled her new gadget.

It was earlier reported on that Tacha had erased Davido’s tattoo from her chest . Well, that hasn’t happened, at least not yet!

Reports have it that the reality TV star recently had a photoshoot and it appeared as if she erased the tattoo from her chest – that was the work of her photographer who edited the tattoo off her chest.